After their fourth straight overtime game to open up a playoff year, the Hawks are once again back at it in Music City tonight with a late start that should in no way lead to booze fueled agitation in the stands that Predators management has not fomented at all. But more importantly, while the Hawks emerged from Game 1’s mini-marathon victorious, tonight presents an opportunity to put a vice grip on the series before it even gets back to the west side.

There are two schools of thought that the Predators can adhere to after Wednesday night’s 54 shot, blown-three-goal-lead double overtime loss. The first is that game 1 was the Preds best punch and it was absorbed and summarily laughed at and has now put them behind the 8-ball very early in the series. The other is that they were able to jump on the Hawks playing their own game and able to pepper both Hawk goalies, and it took a historically excellent relief appearance to snatch defeat from the jaws of victory. Because Peter Laviolette might be a penis but isn’t a moron, he’s no doubt hammering home the latter to his squad.

One way or the other, the Preds will have to do so without Mike Fisher in full tonight, who left game 1 early in the second after only five minutes of ice time with a lower body injury.  In his absence, Matt Cullen will slot up between Neal and Wilson, and either Santorelli or Kevin Fiala will get the spot vacated by Cullen on the third. The money is on pre-deadline acquisition Santorelli getting a go at wing with Calle Jarnkrok sliding over to the middle. Santorelli is a quick little shit with decent hands, so he adds another scoring dimension to the Preds forward corps. Jarnkrok was only 46.2% at the dot for the season, taking 600+ draws, which is a precipitous drop from Fisher’s career 50+%, and he’ll have little help from Santorelli and Stalberg on that line unless Lavvy wants to spot Gaustad simply for the purpose of taking a draw and getting off the ice once play is out of danger. Though with Gaustad, it’s always the “out of danger” part that’s the issue.

On defense, it appears that Santorelli’s trade-mate (is that even a thing) from Toronto Cody Franson will get back into the lineup after a surprise scratch in favor of Russian obelisk Anton Volchenkov. Volchenkov was one of only six Preds in the black in terms of possession at a modest +2 CF, but his lack of foot speed can be a hinderance against the Hawk forwards, even at home where Laviolette can get him where he wants him. But Franson has been the Preds’ possession leader on the blue line since his arrival at 57%, and there really is no reason why Volchenkov should be considered over him in the least. When Franson has been in the lineup, Ekholm jumps up with Seth Jones and Franson joins Ryan Ellis to form a very dynamic third pairing. Shea Weber and Roman Josi will obviously remain together with similar assignments. This will all take place in front of Pekka Rinne, whom no one is questioning if he has pictures on Laviolette as a reason for keeping his job after giving up 3 goals in a period, with a three goal lead no less. Rinne did not look comfortable at any point in the game on Wednesday, and he’ll need to control his rebounds much better if the Preds want to get back into this series.

As for our Men of Four Feathers, the general consensus seems to be that the Hawks stole game one on the road, needing a record breaking performance from LOCAL KID Scott Darling to take it. But while the latter might be true to a certain extent, the underlying numbers show a Hawks team that carried the play all night long even in spite of the 54 shots Nashville put up in 90 minutes. The Hawks carried 55% of the attempts at evens, but the shot differential was as a result of getting 24 shots blocked to the Preds 13. The debate then moves to the elusive “shot quality” component of things, but a glance at the plotting of where those shots came from shows that the Hawks attempted 24 shots on net and put 14 on Rinne from the “home plate” ideal scoring area (courtesy War on Ice) to the Preds 19 and 11 respectively. So while they may have put themselves in a tight spot and hung Corey Crawford out to dry in the first period, the Hawks more than deserved to win that game.

Speaking of Corey Crawford, of course he is getting the start tonight, despite the hew and cry from those bathing in the aroma of their own giardinera farts. It’s been discussed ad nauseum but it bears repeating one last time – one period does not undo a Jennings Trophy winning, .924 save percentage full season body of work. Scott Darling gave the Hawks what they needed, both as a wake up call and as a backstop, but it’s still Crawford’s cage. That being said, both he and the defensemen in front of him had better tighten things up if the deep run they expect of themselves is going to happen.

Joel Quenneville has not indicated any lineup changes for this evening, so that once again means a heaping helping of zombie flesh from Michal Rozsival. As the game wore on, Q’s usage of Kimmo and Roszival grew more and more sparse as can be expected. Without last change at Bridgestone it makes a slight bit of sense to continue to adhere to the babysitter pairing template until crunch time, and then load up once they’re back at home and give sheltered zone starts to 44 and 32.

Fisher being unavailable is a huge deal for the Preds, as there’s not really a matchup Laviolette can get among his centers that can hope to at least play the Toews line to a standstill. The Gaustad-Bourque-Beck line saw the most time against them at evens after Fisher’s injury, and to the surprise of no one Bourque and Beck were a team worst in possession. So it will be curious to see who Laviolette chooses they get tonight.

The Hawks have not won two straight on the road since games 4 and 6 against Boston in 2013, and they haven’t taken both road games of the opening four since 2010 in San Jose. The Predators will be desperate tonight given their road record during the season (19-16-6, worst among playoff teams in the West) so look for yet another early push from them in hopes that history won’t repeat itself so soon. If the Hawks can keep their breakouts under control as they did in Game 1 and Corey Crawford can shake off his early exit, the Hawks should get enough favorable matchups with the Nashville forwards to make it hurt. Seize this opportunity. Let’s go Hawks. 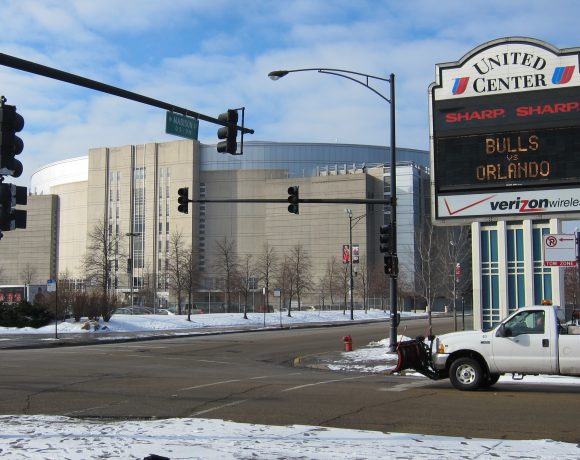