On Sunday, when the news first broke that Jarome Iginla was definitely, for the first time and a good year or two after he probably should have been, on the block and the Hawks were on a shortlist, I think a lot of us got a bit carried away. I know I did. It seemed like the Hawks had a real shot at making a big splash, which they haven’t been able to do in a few years due to cap constraints or not having the assets to pull it off.

In the end, we all knew that Iginla was a much wonkier fit here than he was in Pittsburgh or Boston. Those teams have openings on the right wing in the top six. Here, either Kane or Iggy would have had to shift to the left side (though I think it would have worked fine for Iginla, as he’s a right handed shot which would have made him more open to shooting opportunities that Kane or Toews would have fed him by the bathtub-full). Sharp would have had to move to center, and we all know that will never, ever happen (not until the playoffs, which it has the past three seasons). The Hawks are more interested in a center.

But when you look at what the Pens gave up, you can’t help but ask yourself if some sort of configuration of Pirri, Olsen, and whatever else would have trumped it. But that’s not how these things work.

And from what everyone could gather, Iginla made it pretty clear Pittsburgh is where he wanted to go most. Once that happened, the bidding war was over, and Ray Shero could put away the bills and pull out the coins. He had no one to compete with.

It also looks like the Hawks weren’t in the final talks. But we also saw many reports that they had made an offer, and the Flames had hinted it needed to include Brandon Saad. When that came up as distasteful to everyone as you’d expect, I guess that’s where things stopped.

I’m guessing that Feaster took the Hawks offer as part of a process to get Boston and the Pens to keep upping their offers. I’m also guessing that Stan Bowman probably made his offer a take-it-or-leave-it, because the Hawks weren’t as hot after Iggy as the other teams were. Because it’s Jay Feaster, he waited long enough to have the bottom fall out on him and got Ray Shero’s already-digested bagel in return.

I know what’s disappointing for Hawks fans, and you’re not wrong if you feel this way, is watching another GM back up his team’s chase for a Cup as strongly as Shero has and still waiting for Bowman to do so. While Bowman has made good trades and appears to be an above-average drafter, at some point you have to show your team that you believe in this team. That he’s going to go for it this year, and we’ll worry about what comes next later. You can only win this year’s Cup, and sometimes you have to make things harder for yourself down the road (though not irrevocably).

In previous years, Bowman couldn’t or wouldn’t. They were humping the cap or they didn’t have as many prospects as they do now or couldn’t spare anything off the current roster.

But we can’t judge fully until we see what Stan does between now and Wednesday. There are fewer and fewer names out there. Tyler Bozak is one that could be had. I’m not sold Mike Ribeiro is a lock to stay in DC, as much as that would make my beer turn sour. Phoenix is ready to be blown up, and Boyd Gordon would fit nicely on the 4th line. Christ, Jussi Jokinen could have been had for free, but teams were scared about his money next year. Find a way for Carolina to eat some of that, maybe….

Whatever he decides, it’s not just the fans who are counting on Bowman to do something. The players are too. They aren’t idiots. They know where they could use some help. They won’t say that, but they know. And they all want management to show them that it believes these players have a chance at something special, and will do everything they can to make it come true.

As for the Pens, they’ll make great TV, that’s for sure. Their defense can still get….well, it can be totally not there at times. The equine Marc-Andre Fleury has nights and weeks where he looks like he’s in his own personal rave. Those could still pop up. But there are many miles to go before we worry about that. 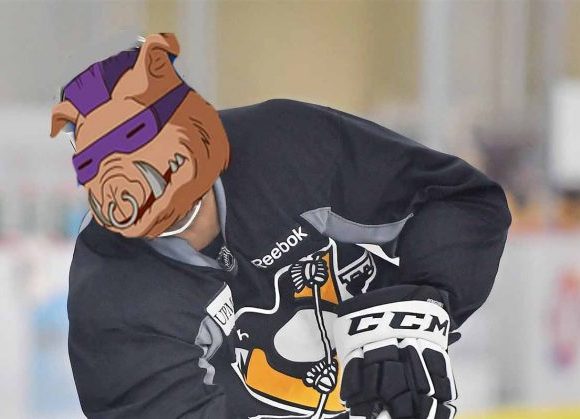 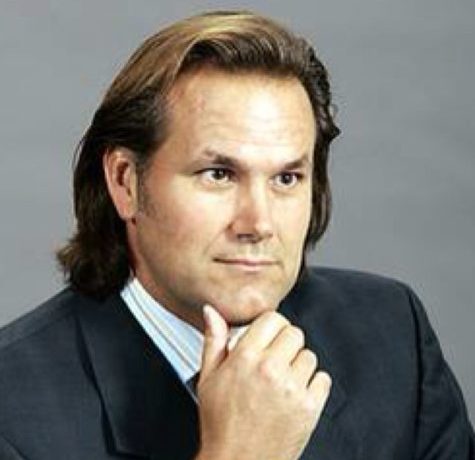