It’s been nearly eight months since the Hawks last saw the Detroit Red Wings, giving them the finest farewell from the conference and division possible in the form of a Game 7 OT winner courtesy of Brent Seabrook. After which Scum at last got their wish of moving to the eastern conference so that their sleep deprived fans could at least see them at a reasonable hour. How fitting then that tonight the proceedings with their one-time rival won’t even kick off until 8:00PM local time to accomodate the viewership here in Chicago even on home ice. The indignities never cease, do they?

For Scum, the move to the east started off well enough given the level of competition there as opposed to that of the west, maintaining a fairly regular spot in the new playoff format either in the top 3 seeds of the Flortheast division or one of the wild card spots. But banking on a bunch of guys in their mid 30’s or older has brought hell to breakfast in a most unpleasant fashion in the form of injuries, and Scum now currently sit two points out of a wild card spot with three teams between them and their 23rd consecutive post-season. Missing tonight’s game will be Pavel Datsyuk, The Mule Johan Franzen, named that not because of his sturdiness or stubbornness, but likely because he resembles the south end of a northbound burro, and off season acquisitions Stephen Weiss and Cup-Chaser Daniel Alfredsson. Captain Jared Leto will go tonight and center Scum’s top line, as he and Dats just can’t seem to get healthy at the same time. Funny how that works well north of 30, even for guys as durable as they have been. It’s left Mike Babcock to have to slap together a forward corps consisting of guys that should be in Grand Rapids like Tatar and Tomas Jurco along with guys who should be euthanized (or at the very least put in a home) like Dan Cleary and Todd Bertuzzi. After years of finding gems in the draft, it appears that Ken Holland simply can’t just snatch guys from the ether as he once could.

Scum are in the bottom quarter of the league in goals scored at 23rd at 2.4 per, and they give up basically as many shots as they take (30.0 vs 29.8), which borders on unheard of for Babs’ Wings. They still control about half the 5v5 shot attempts per game, but again only barely at 51.5 to 49.9.

Part of the reason for that has again been injuries to a blue line that was suspect to begin with. Jonathan Ericsson will return from injury tonight and jump right into the top pair with Niklas Kronwall, who himself missed practice yesterday. The other pairs are Quincey -DeKeyeser and Lashoff – Smith, so basically it’s a clown car in the defensive zone.

Compounding all of that has been Jimmy Howard’s injury issues, and he’ll again miss about a week with a re-aggrivation of a knee sprain from Monday night in West East St. Louis. That leaves The Monster, Jonas Gustavsson taking the cage tonight, and he’s produced solid numbers in Howard’s stead with a respectable .914 and 2.39 GAA to prop up a surprising 11-3-2 record. But with the injuries in front of him and this opponent, he’s still up against it tonight.

As for Our Men of Four Feathers, they enter tonight having emerged with four points after taking on two of the league’s top teams at home, and doing so fairly efficiently. And for those concerned with standings watching, they received a bunch of help last night with the Blues, Ducks, and Avs all losing in regulation, so there’s an opportunity keep some distance in the division considering the games in hand that others have.

Tonight’s lineup will be the same as it has been the previous week, with the obvious exception being the interchangeable sixth defenseman along side Nick Leddy. The smart money would appear to be Mike Kostka tonight considering that Crawford will be in the Hawk net, with Raanta and (presumably) Michael Rozsival tomorrow night in Minny.

On paper this would appear to be cannon fodder for the Hawks, but Babs tends to find a way to make life difficult for Joel Quenneville no matter what the scenario. It would not be the least bit shocking tonight to see Scum come out in full trap mode and dare the Hawks to try to home-run pass their way through the neutral zone. The Hawks will have to adapt with shorter passes as defenders converge to puck carriers to gain offensive zone entry.  From there the Hawks should get enough looks at Gustavsson to put things out of reach for Scum’s depleted forward corps. But any mistakes made will undoubtedly be punished as history as shown. Keep those to a minimum and move on to Minnesota. Let’s go Hawks. 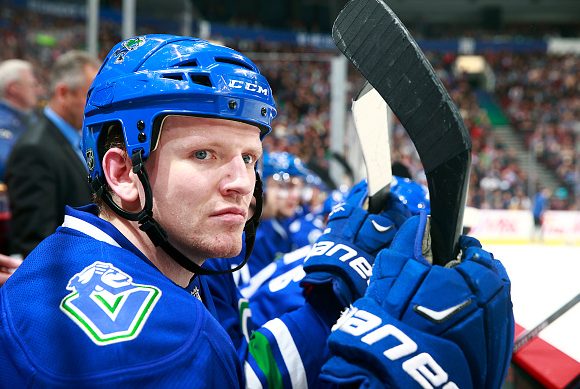