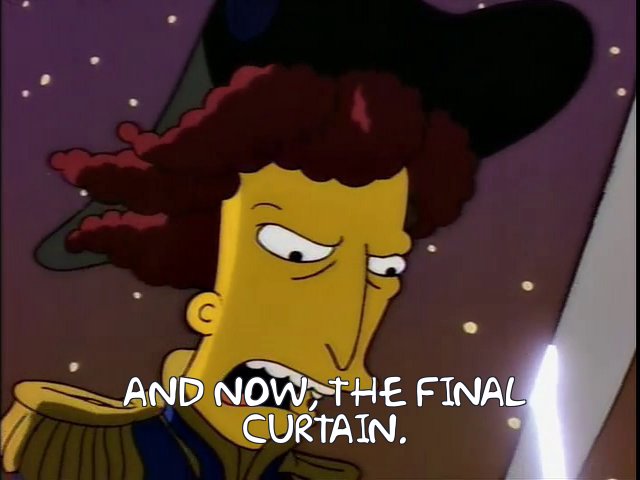 If it feels like this goddamn Final has gone on for two months, you’re not alone. While the added day off for travel makes sense and should have been instituted a while ago, it does add four days to the series so you go from two weeks to two and a half, and it makes a difference. Hockey on June 12th is just dumb.

Or maybe it feels like it’s been this long because it’s two teams you’d rather not see win, and we spent all that time staring into the abyss that St. Louis could actually pull this off. Those two days felt like 70. And they still could, clearly, but a Game 7 on the road doesn’t much seem in character for them. Then again, being here at all doesn’t seem in character for them, so everything we knew and built our foundations upon is rubbish. Good way to live.

So it comes to this. Analyzing one hockey game can be futile, because anything can flip it. A bad call, a missed call, a delay of game penalty, a too many men penalty, someone falling on their ass, really anything.

Also, if Tuukka Rask plays as well as he did in Game 6, it isn’t going to matter much anyway. He is the reason the Bruins traipsed to the Final, and the layoff clearly took him down a level (down was the only way for him to go), but he may have found it again.

What Blues fans will be watching intently is if Jordan Binnington is going to revert to Blues traditional goaltending after letting in Brandon Carlo’s double-play ball through him and into the net. BABIP Kung Fu Treachery can come to hockey too, people. You would imagine the Blues aren’t going to get this with a middling goalie performance as the Bruins will make the Blues work at least on the power play, and Rask isn’t going to let the bottom fall out either. You know what we’re betting on.

Again, it’s a bit silly to pinpoint one player, because any fuckwit can come up with two goals and have his name live forever. Remember Max Talbot scoring twice in a Game 7? That dude was just a live action Pepe Le Peux. Still, most will focus on the Bruins top line. If they score, the Bruins tend to win. They hadn’t really until Game 6, with Marchand pulling a Jagr and only showing up when his team was on a two-man advantage and then Pastrnak got one in the third. The narrative has been that Bergeron has been getting pushed around in this series, but I don’t know that I buy it. He’s only been in the red in both attempts and expected goals in a game in Game 5 and Game 2, so he just hasn’t gotten the rub.

You would expect Bruce Cassidy to continue to keep Bergeron’s line and the Chara-McAvoy pairing separate, mostly to keep Chara away from Schwartz-Schenn-Tarasenko which he simply hasn’t had the mobility to deal with. That still leaves O’Reilly’s line as the assignment, and he’s obviously been going off of late. One feels if the Blues get this, it will be from that line. If anyone else dents on either side, then it’ll be their night.

It’s hard to see the Bruins losing three straight home games. The Blues have the bigger questions in goal and on special teams, which is not where you want to be in a Game 7. But again, it’s one game, where anything stupid or inexplicable is possible. But hey, at least it will be over come 11pm or 12am, right? 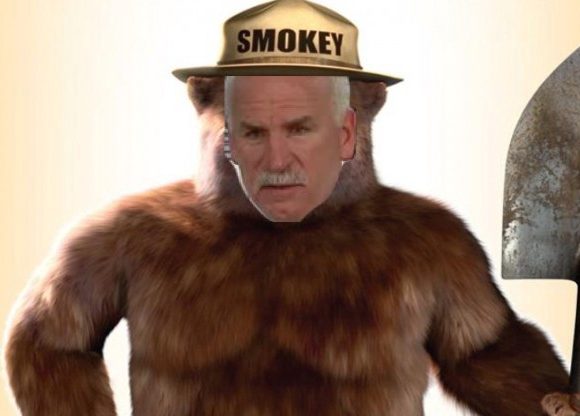