STUCK AT SCHWARTZ’S: Habs Eyes On The Prize

TRENDS: In a previous life, Radulov had 11 points in 16 career games against the Hawks… Danault has three goals and four points in his last four games

Stop me if you’ve heard this one before. The Canadiens get out to an incredibly hot start, with passable but nothing more underlying numbers and Carey Price once again proving he’s head and shoulders the best goalie in the world. Their fans and media are getting awfully yappy at those who laughed at their moron coach and GM over the summer, and they’re already planning the parade. Does this sound familiar?

You bet your ass it does.

Except this time, it’s probably not going to collapse as it did last year and Price is likely to not miss the rest of the season. He’s healthy, which means the Canadiens will be good. So while the Habs may lack premier scorers (they do), their defense may be pretty immobile (it is), their coach may shoot them in the face after enough time (he will), Price can make up for almost all of those sins. He makes everything look so damn easy. We probably have never seen a goalie this big move so smoothly.

Luckily for the Hawks, they will not see Price tonight as he started last night in Montreal, where the Habs got in up to the wrist against the Wings 5-0. That means they’ll see Al Montoya, allowing every beer league player in attendance to share their story of how they beat him like a mule in rat somewhere in the area, and whoever is their companion to roll their eyes and look for an open seat.

While the Habs might not have any other frontline scorer than Max Pacioretty, who they’ll chase out of town next summer just you watch, they are pretty deep up front. Plekanec has finally been slotted into a third-line checking role which his age has limited him to for a while now. He still excels at the defensive side of the game. Alex Galchenyuk, the American with the Russian name who plays for the Canadiens, has finally been left alone to shine at center, only three years too late. He’s been a force. David Desharnais, sometimes unfathomably placed as a top line center in years past, is on the fourth line where he belongs. Byron, Danault, Gallagher, Shaw have provided enough scoring to make up for Patches only having two goals so far.

At the back, you only have to wait the same amount of time for a Habs fan to point to Weber’s +17 as proof it was a good trade as you would for a vegan or cross-fitter to tell you they are one. He’s meshed with with Emelin, but this defense other than Petry is SLOW. While Weber may have the gaudy +/-, he’s once again below water in possession as he was his final few years in Music City. Petry and Markov are the pairing that have driven the Habs up the ice. Q would do well to get Toews and Kane out against them and let Panarin and Hossa see if they can’t get around the outside of Emelin and Weber.

For the Hawks, Arty The One Man Party returns after a brief sojourn to fix whatever was wrong with him. It’s not clear who will make way, but it looks like it could very well be BossyTocchet who gets the suit tonight as he’s been a ghost for a while now. It could be Schmaltz too. The rest of the lineup looks to be the same, with Crawford getting to keep the momentum going. Darling should get a couple starts on the upcoming trip anyway.

Of course tonight will see the welcoming back of Andrew Shaw, as it should be. While we tired of the lionization of him, Shaw was a valuable member of two Cup winners. Sadly, the less important parts of his game are the ones that have gotten accentuated and he’s played up to that, earning what should have been two suspensions this season before it was even a week old. He still has good hands around the net and can be a difference-making forechecker when his head is on straight, which we can be sure it won’t be tonight.

We said this week would be something of a test of the Hawks early in the season. They were definitely better than the Blues on Wednesday. They played the Caps certainly even without Anisimov. Now they’ll see the best record in the league, though without their major force. We’ll see what they learn. 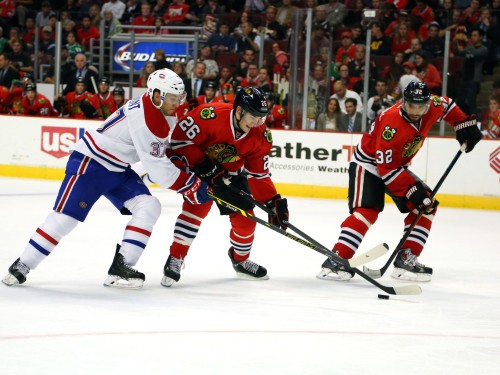 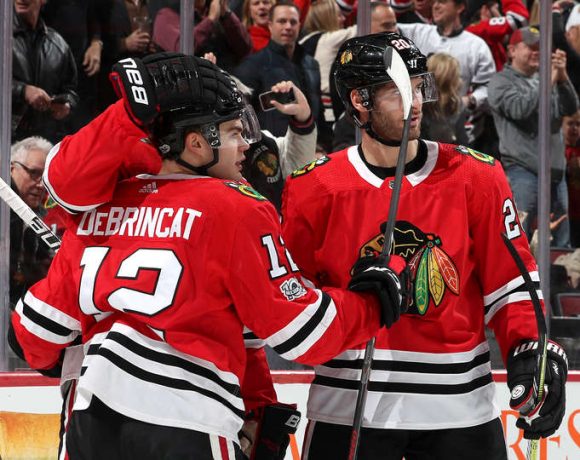 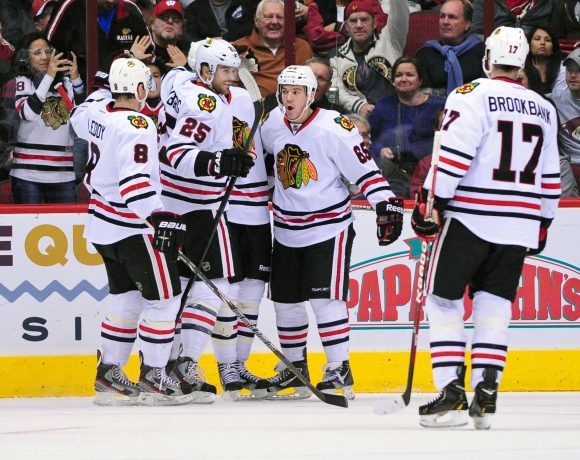