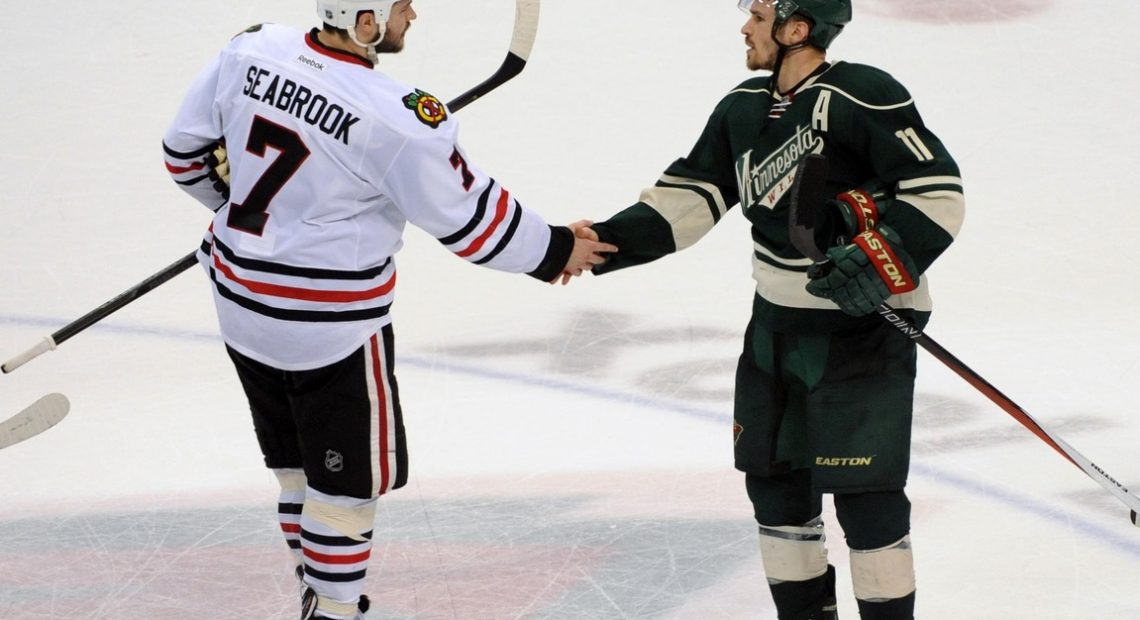 When McClure and I were in our seats prior to Game 1, I asked him how he felt about facing the Wild this time around. Like many Hawks fans, I was a little nervous this time around. There was no hotter team in the league than the Wild (save for maybe the Sens) and there was just a bit of thought around the league that the Wild might just have the Hawks number this year. McClure however just argued that the Wild were pretty much a paper tiger… it’s annoying when he’s so right, isn’t it?

In four straight games, the Wild never so much as even held the lead. Somewhat of an opposite of the last series when the Hawks went two games without ever holding a lead (despite a 1-1 record). The Hawks were surgical for large stretches of the game. Despite a close score, there wasn’t any sense of danger. The Hawks were up 1 going into the third and we all know the stats there. I tweeted that it would likely be the most difficult of all the thirds they’d seen so far. And I was right.. but not until we all pretty much thought the game was already over. Kaner scores on a pretty little goal in which Bicks was able to knock a bouncing puck between defenders. I’m not sure if Kaner settled it down or just was able to whack it between Dub’s legs. Either way, we started to let loose. When Marian Hossa scored from 185 feet away into the empty net, the celebrations began. Little did we know it would actually end up being the game winner. That Hossa… so clutch.