Tank Statement: Hawks at Sharks Preview/Booze-Up Before Dealing With Family

It’s the traditional Blackout Wednesday fare, where if you’ve played your cards right you should be in the bag by the time the puck drops. Hopefully the players won’t be. But the Hawks and Sharks have met in the Tank on this day before Thanksgiving for years now, except for that one year they were in Colorado which threw all the timing off. The Hawks will be coming in after getting shutout, and the Sharks will be coming in after pitching one themselves against the Devils. Not that shutouts of New Jersey really count.

It’s been something of a wonky year for the Sha-arks. They’re still the possession demon that they turned into last year. But they’ve been incredibly unlucky, shooting below 7% at even-strength so far which has led to some scoring woes. That has started to correct a bit of late, though they had a rough end to their roadtrip last week when they managed just four goals against Carolina, St. Louis, and Arizona combined. That’s where the Devils coming in helps, I suppose.

Their backbone in Martin Jones has had his ups and downs as well, and is getting overworked already because Doug Wilson once again couldn’t find a backup who could maintain oxygen intake for 60 minutes. Jones has started 17 of the Sharks 19 games so far, with 18 coming tonight. He’s been very good at times, and then dicey at others like the aforementioned end to that road trip. But this is a goalie who can steal a game when need be, and when the Sharks are on song he certainly can do whatever is required to keep the goals-against to a minimum.

The Sharks haven’t been helped by injuries, as Tomas Hertl is going to miss at least a decent number of weeks with another knee injury. Hertl had finally been installed at center and left alone and made the Sharks deeper down the middle since they’d decided Pavelski was no longer a center. Without him, the Sharks bottom six is sufficiently goofy that you’d have some questions. Mikkel Boedker has sucked for years but no one important seems to notice because he can skate fast, it’s just fast to nowhere in particular. Matt Nieto can annoy on occasion but if he were going to be anything we’d know already. Other than LOCAL BOY Tommy Wingels (it’s a name not a condition), there’s a bunch of whosits whatsits filling out the rest.

Where the Sharks are stronger than ever is their defense, which goes 1-6 just about as well as any team, including the ones they face tonight. They put Roman Polak out on the curb with a sign that said, “Free to anyone who can move it,” and replaced him with analytics darling David Schlemko, who we’ve screamed for the Hawks to acquire at about three different deadlines now. That has picked up Brenden Dillon’s play, who will basically mirror what he’s partnered with. Marc-Eduoard Vlasic remains one of the most underrated d-men around despite his multiple Team Canada call-ups. While it might not make any sense Brent Burns has become one of the most dynamic weapons from the back in the game, the idealized version of whatever it is Dustin Byfuglien tries to do on a nightly basis. They are complimented beautifully by Justin Braun and Paul Martin, respectively.

Make no mistake, this team is probably still the favorite to win the Pacific, given the faults and holes on every other team in the division. There’s clearly been something of a hangover for this team after losing last year’s Final, as Thornton, Marleau, Couture, and others so far have looked a bit off the pace. That won’t continue for a team that knows what it takes now and probably knows it doesn’t have to go full-bore until later in the season as no one in this division is going to get away from them. If Hertl can come back and be what he was, they have every chance of playing until June again.

And they’d better, because that might be it for this group. Thornton and Marleau are up after the season. Burns just signed a really dumb contract until his ridiculous beard turns gray. The core is all over 30. Changes will be coming whether they like it or not, they’ll just be easier to stomach with some hardware.

As for the Hawks, there probably will be a couple changes after a 5-0 whitewashing up in EdMo. We can probably guess that TOOTBLAN will be back in to provide mythical fire and grit and HEARTPASSIONFAAAAART. Might be time for Wiener Anxiety to have a seat as he hasn’t done anything in a month. Hartman should get a look with Daydream Nation but that’ll be a rotating cast of thousands again I’m sure. While the Sharks power play hasn’t clicked like you’re accustomed, it’s always dangerous especially against a kill like the Hawks that took a step back against the Oilers. If the Sharks find the right notes on that it could get a little ugly. So stay out of the box and take it out of the equation.

These are usually pretty entertaining games, and while their record won’t state it this is something of a test for the Hawks, a game against a team that they’re most likely to see late in May if they get that far. 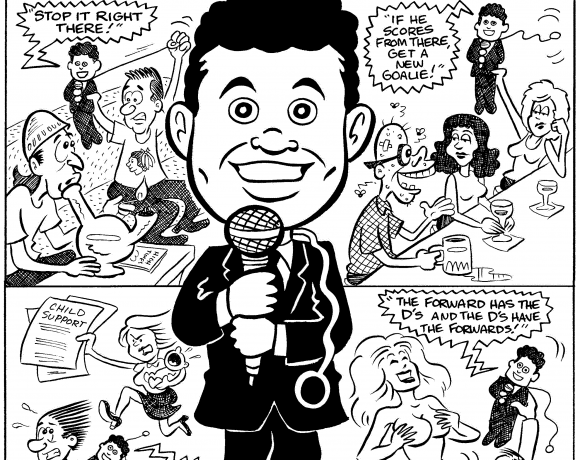 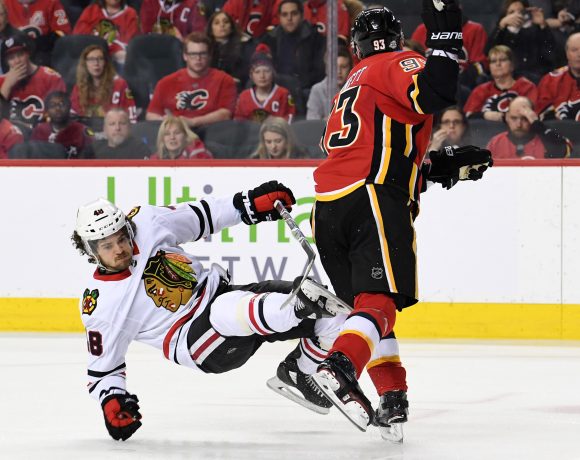