For all of the mewling on both sides about the various issues surrounding both the Bruins and Blackhawks, today the series finds itself pretty much exactly where everyone thought it would be. And with the series being tied 2-2 after the Hawks regained home-ice advantage on Wednesday, tonight’s game 5 is critical in taking a grip on the series.

For the Bruins, they’ll be looking to possibly slow things down a bit from what took place in Game 4. Though they matched the Hawks goal for goal by exploiting Corey Crawford’s glove and getting some fortunate bounces, they’ve been fairly straightforward in the press about simply allowing too many chances for the Hawks. On Wednesday, the Bruins allowed 47 shots, and and allowed 58 shots directed on net at even strength alone. Giving the Hawks that many looks regardless of from what angle and distance is not something they can do and expect to consistently win no matter how well Tuukka Rask is playing.

And for Rask, perhaps his greatest feat so far this series was to be able to give up 6 goals in a loss and not be the goalie in the series facing questions about his mettle as a starter on a Cup finalist. But Rask has been too consistently good this entire year for the Bruins to expect anything less than a sterling bounce back effort tonight, though the rebound opportunities have been there for the Hawks the entire series. It was just prior to Wednesday that the Bruins defense had erased any glimmer of hope of capitalizing on those looks pucks by quickly steering them to safety, or simply physically impeding a Hawk’s progress to it.

Also do not expect for Zdeno Chara to be on the ice for 5 goals against this evening, regardless of who he’s consistently taking shifts against. Not only was it an aberrant performance for Chara individually, but also for the Bruins as a team in not sealing off the neutral zone and allowing Hawk forwards to gain too much speed at offensive zone entry for even a man of Chara’s record size to cover in his range. Expect to see them fill center ice with quick drying cement tonight to try to rectify this.

The biggest factor for the Bruins success has been, and will continue to be Patrice Bergeron. He’s been beyond outstanding this series, placing himself in the upper echelon of players in the league with no chance of leaving that team photo any time soon. And with all due respect to an aging Pavel Datsyuk, Bergeron very well could be the most complete player in the sport at the moment. At present, there’s very little the Hawks can do to seemingly get him off of his game, as even physical tactics don’t particularly work well on the solidly built Bergeron. He will be a factor tonight, because at the level he’s playing at it simply appears that he cannot be denied.

As for our Men of Four Feathers, it appears that Joel Quenneville will finally be forced to stick with Toews, Kane, and Bickell as his top line simply based on the way they’ve played in their 2+ games together. While it wasn’t necessarily flawed logic on Q’s part (something he usually specializes in) to break the line up after their success in the L.A. series to force the Bruins to have to pick which one was going to see Chara and/or Bergeron and create matchup problems elsewhere in the lineup, especially after what Chris Pronger forced Quenneville to do 3 years ago, it’s also the mark of a coach overthinking himself. In 2010, Q made Pronger first have to show that he could neutralize the Hawks’ top unit before breaking it up, and furthermore that team historically deep at forward, which is a luxury Q does not have this time around. So expect the lines to stay like this until further notice, and hopefully Q’s blender finger doesn’t get itchy should the game remain tense and low-scoring in the event of the Bruins deploying a trap.

On the back end, the defensive corps simply cannot survive long term only rolling essentially 5 men after Nick Leddy only took 3 shifts in a 70 minute game on Wednesday. Leddy was a +5 in Corsi in those 3 shifts by the way, and sprung Patrick Sharp on a breakaway in the second. The entire game plan for the Bruins forwards is to grind the opposition defense to dust over the course of a series, and increasing the workload for those defensemen only hastens that process. Furthermore, Leddy is the Hawks’ best weapon from the back end in skating himself out of trouble and busting through any potential neutral ice unpleasantness. So with last change, expect Quenneville to give Leddy a bit more time, sheltered as it’s likely going to be.

On the flip side of that same coin, the Bruins are now at a disadvantage in how they deploy Torey Krug, who while a dynamo 150 away from his net, has been a bit of and adventure from about 0-50 feet from it. Chances to get the top two forward lines out against he and McQuaid for defensive zone draws cannot be wasted.

And of course, that brings things back around to Corey Crawford and his glove hand being the butt of every joke imaginable. Yes, it wasn’t good for Crawford on Wedenesday. But there’s not a chance in hell that Ray Emery is a better option at this point, and shame on any reporter who actually was imbecilic enough to ask that of Quenneville. The so-called mantra of this team has always been just to have a goalie who only allows one less than the other guy, not to have to steal a game for the Hawks. So it’s now completely inconsistent with that for media outlets to then be piling on to Crawford when he did just that. He’s earned the right to be able to show he can bounce back.

This game will not become the track meet that game 4 was, so those expecting that type of free wheeling hockey tonight might be slightly disappointed. What will be on display will be two teams steeling themselves in what is now the later stages of this series, refusing to give the other an inch. Opportunities will be at a premium from here on out, and capitalizing on them when they present themselves, both at even strength and on the advantage, will be critical. The time to create those opportunities is now upon them. Let’s go Hawks.

If you’re not making it to the UC tonight, grap tonight’s Indian via PDF right here:

The World Is In Your Way – Game 1 – Bruins vs Hawks Preview, Pregame Thread, Freshman Orientation 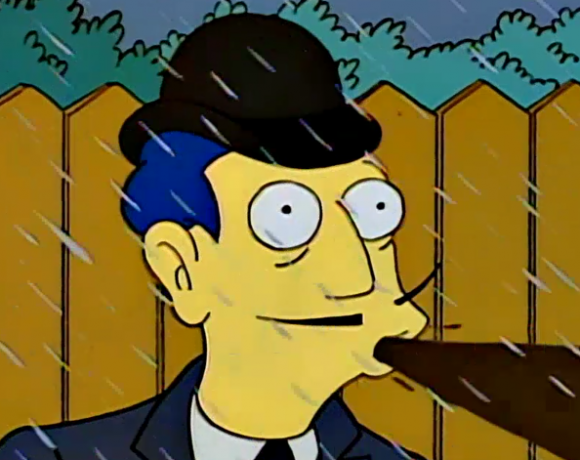