Thanks For Stopping By, Stress 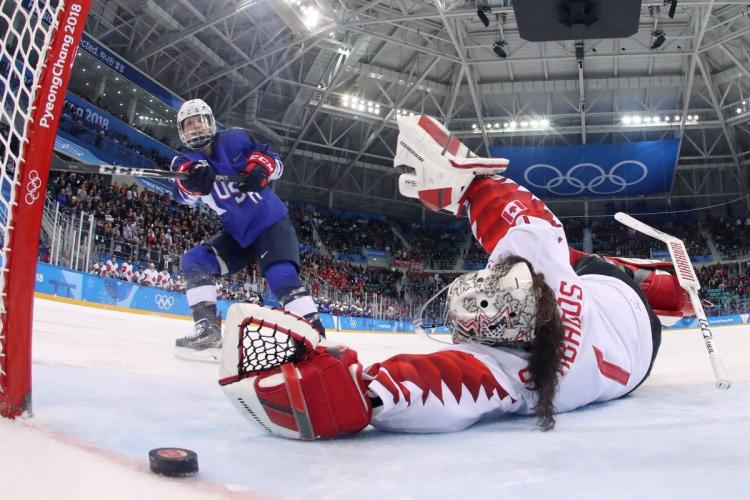 Somewhere in the second period of last night’s horrifically dramatic and exciting, if not brilliantly played, Gold Medal game between the US and Canada, I had a pretty sobering thought: This is most likely the last hockey game I’ll have any emotional investment in until October.

Oh sure, there’s the minimal emotional investment of rooting against someone when the playoffs come around. Hockey fandom is nothing if not filled with vitriol and schadenfreude. Be it the Blues, Ken Hitchcock, the city of Boston in general, I’ll find sides to take. But as every song of the 60s told us, hate is not as rewarding as love. Seeing your enemies fall doesn’t bring the thrill of seeing your side triumph.

The past couple years, more and more people ask me why I or we as a team still do this. Last night would be the only answer I need. No other sport matches the swings of emotion, even if you’re just minimally invested. By the time Lamoureux sent Szabados into Row H with that move, the entire bar I was at was engrossed, where I was the only one watching when the game started. I didn’t want to go back to smoking so much as eat a couple cigarettes during the third and overtime. Every US mistake leading to a Canadian chance elicited this sucking sound as I quickly inhaled through clenched teeth, making an almost reverse-hissing noise.

Sometimes I’ve derided the women’s Olympic tournament as one-game long, and I believe it will be better for everyone when and if the rest of the world catches up. But it being the only game does add to the drama, doesn’t it? These two teams essentially practice for four years until this one, and it’s uniqueness heightens the occasion and tension Because the loser knows it’s going to be four years until they play anything resembling this again. Throw in the US choking away the last one and the added pressure of the wait for this one and the threat of doubling the wait and angst until the next chance.

You don’t realize until you’re older how the storylines accentuate what you feel what you’re watching. It’s more than just the contest. It’s everything going into it. And it’s the feeling your heart bounce off your heels and then nearly spring out the top of your head all in a matter of seconds. That’s why we’re still here, because you can’t get that anywhere else.

Oh sure, the Cubs are almost certainly going to take me on another October ride, but while I adore playoff baseball, the pacing of those games just make it exquisite torture. The time in between pitches gives me just enough time to imagine Bryce Harper hitting a ball far enough that it has to count for 10 runs every single time. And the series are over too quickly. That Cubs-Nationals car-crash lasted exactly a week.

Us soccer fans get some of this, but there’s too many days between games. And thanks to Bruce Arena and the other morons running US Soccer, Slak and I won’t even get that this summer. I’ve already seen England go out in the Round of 16 enough to not even stir any emotion about that either.

It’s been 10 years since we’ve gone a spring without it at all, though last spring probably counts in the “can’t feel anything” category. When the Hawks were regularly missing the playoffs, that’s what I was most jealous of. Knowing that there wouldn’t be any tension when you woke up, that haze you basically go through the days in, because what did anything matter before faceoff.

At least we had it for one night in February. And at least longing and disappointment, when they arrive, are feeling something.