The Desert Of The Real

It’s strange. Even when you’ve known it was coming for months (and in your darker parts, years), when it 10:59 Central time passed on Saturday night, there was still a pang in the heart. And as some of  you probably noticed on Twitter, an attempted drowning of that pang. It certainly wasn’t helped by the email I and other season ticket holders got yesterday outlining our refund options.

You’ve seen it by now, but as expected all precious season reservation holders will have the option of a cash refund or a roll over in your account — basically to apply toward playoff tickets. In the end, it’s the same thing really because chances are you’re going to use the cash you get back to pay for your playoff invoices. Or some of us will. But whatever.

The cutesy thing about it of course is that the Hawks and Rocky Wirtz are on the low-ball end of the interest they will offer on those refunds and rollovers. It’s a spiffy 2%. This is in pretty stark contrast to what other teams are doing. The Kings and Ducks are offering their ticket holders 5%. The Wild and Predators are offering a whopping 10%. Some others are at 3 and 4, of course.

While some have rushed in the past few years to label Rocky a genius and a savior, I’m sure I’m not the only one who’s always kept one eyebrow slightly raised at him. And we do that because the man’s last name is still “Wirtz.” Some wounds don’t heal that quickly. I’ll always be suspicious.

This kind of only confirms that skepticism. He’s already got the money, it’s not like I can cancel and get out of it. Or it would be unlikely, as most of us have already budgeted to not have that money in our pockets. We’re prepared to pay for our tickets, and it’s fine that we already have. Rocky just doesn’t want to kick in his own cash, or at least all that much of it in an overly lame attempt to “make it up” to his most dedicated fans.

Of course, Rocky and the Hawks don’t have to work all that hard to maintain my loyalty, or anyone like me. There’s a waiting list. If I coughed up my seats they’d be gobbled up pretty quickly. In places like Nashville or Anaheim, or like St. Paul due to a few seasons of incompetence now, the season ticket rolls aren’t all the way full. They need to bring in more. That’s why they’re offering the bigger cushion in case of missing games.

Of course, I haven’t seen one owner anywhere make an overture to vendors, arena employees, security guys, or bar/store owners around their arenas, as they are the true victims of this. Fans? We lose out on our passion and a chance to blow our cash. These people will lose out on actual income. Oh sure, they’re not actually employees of the teams, and that provides cover to the owners and players to not give a fuck.

But still, it might be worth proving that either side isn’t totally tone-def. But I should have given up on waiting for that a long time ago. 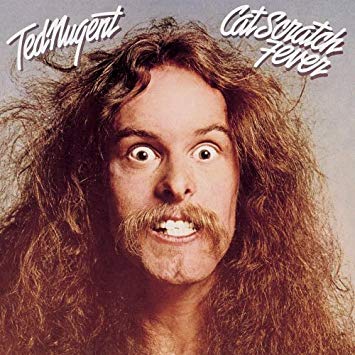