No matter how hard they try to convince themselves, their fans, and the rest of the league, the Edmonton Oilers just can’t seem to stop tripping over their own collective dick. As of last night with John Torotrella’s Columbus Blue Jackets defeating the Blues on home ice, the Oilers are once again dead last in the NHL, and now welcome in the Blackhawks to Rexall as they begin their annual November road trip.

Of course the hew and cry will still be that Connor McDavid is injured and the team will be more competitive when he returns. But pinning all hope of even being watchable on their latest 18 year old player of a generation shows just how far this franchise has fallen, even if McDavid has all the obvious skills of a career that’s been worthy of the hype thus far.

Since their visit to the United Center last week, last year’s top pick at only #3 overall Leon Draisaitl hasn’t cooled in the least, with multi point efforts against the Ducks and Kings, and assisted on the lone goal against the Yotes in Phoenix. The Oilers have scored 8 goals since playing the Hawks and Draisaitl has factored in on 6 of them, 5 of which came at even strength. And along with still having the best left wing in the game not named Jamie Benn in Taylor Hall still toiling futilly on this team, they’re not exactly bereft of talent. Patrick Sharp’s younger, uglier doppelganger Jordan Eberle is still sitting on his lone goal against the Hawks last week despite getting primo zone starts. Matt Hendricks returned against LA and Lauri Korpikoski is scheduled to come back tonight, because those are names that actually matter to whatever it is the Oilers are calling a bottom six.

On the blue line Justin Schultz remains out, which hampers the Oilers moving the puck out of their own end a bit, but that’s assuming that Schultz would ever be in position to retrieve it. As a result Darnell Nurse has very rapidly assumed a top pairing role with Andrej Sekera, getting thrown into the deep end with his defensive zone starts. Mark Fayne and Brandon Davidson are the only Oiler defensemen who aren’t taking on water at even strength, and as a result they have been split up by Todd McLellan.

Anders Nilsson gets the start in goal tonight after once again Cam Talbot proved to still be unable to regain his Broadway form. In his last two starts against the Hawks and then the Kings, getting every opportunity to seize back the #1 role against big boy teams, he responded with matching .857 save percentage, 24-save on 28-shots performances in each. Fortunately for the Oilers, Nilsson’s save percentage at home is a marked improvement over Talbot’s recent starts at .861.

As for the Men of Four Feathers, the lineup tonight will be identical to what it had been in the previous two games which resulted in victories. That comes with some good and some bad. Marko Dano is being give a little bit of leeway to find some kind of chemistry with Jonathan Toews and Marian Hossa, who both had their most active games in weeks on Sunday with the caveat that Calgary tends to remedy those sorts of things lately. However the fourth line is still completely pointless. While Tanner Kero doesn’t do anything glaringly wrong, there’s no reason for him to be taking minutes away from Teuvo’s development at center. The only possible explanation is that he’s here for disciplinary purposes as a low-risk cipher through which to show both at the AHL and NHL level that effort and progress will be rewarded with playing time for prospects. In the mean time because he is skating with Kruger, Teuvo gets saddled with dungeonous zone starts and the Human Neutral Zone Turnover Andrew Shaw. ManShitter remains dressed because of THAT ELEMENT.

The Hawk blue line should see its usual deployment with the now suddenly very trade-baity Trevor Daley getting as sheltered as possible even against the Oilers as partner Michal Rozsival still gets back into the swing of things. Corey Crawford gets the start again tonight for the first time after keeping the Oilers at bay during their 22 shot outburst during the second period last week.

And it’s that stretch of play that should give the Hawks pause, as though the Oilers still aren’t any damn good, they’re actually coached by an adult in Todd McLellan now, who refused to let them take their foot off the gas after going down by two early at the United Center. It appeared that the Hawks at that point either chalked it up to “same old Oilers” and took their foot off the gas, or were ill prepared personnel wise for an unexpected high pressure forecheck from the Oiler forwards who clowed the now demoted Viktor Svedberg and Erik Gustafsson. And though the results aren’t there yet, there is actual defensive zone structure that’s clearly observable on the Oilers’s part, as they now collapse as a five-man unit into the slot. It’s certainly not the most elegant or elaborate scheme, but at least it’s a scheme and that’s more than the 5-way freelance that they used to deploy. And lord knows their goalies need the help.

But even still, the tactic remains as it always does against the modern Oilers – play faster but smarter with zone exits, and don’t give them any unnecessary chances on the power play. Keeping the game 5v5 and structured should yield more than enough chances on whichever hapless goalie is in the crease to start the trip with two points. 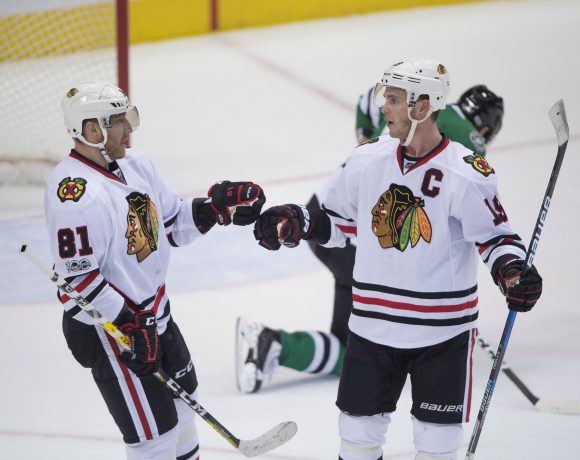 I Changed My Hairstyle So Many Times Now – Blackhawks 5, Stars 3 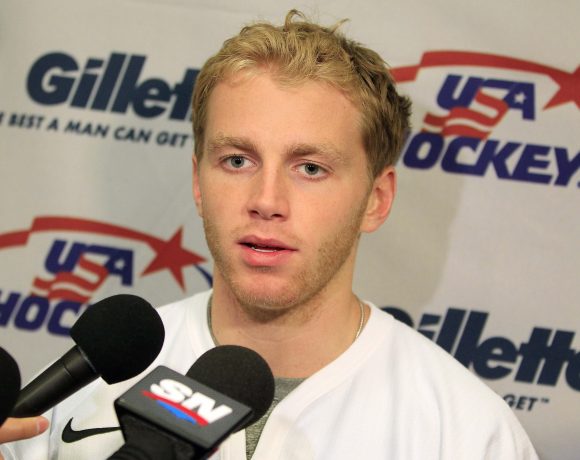