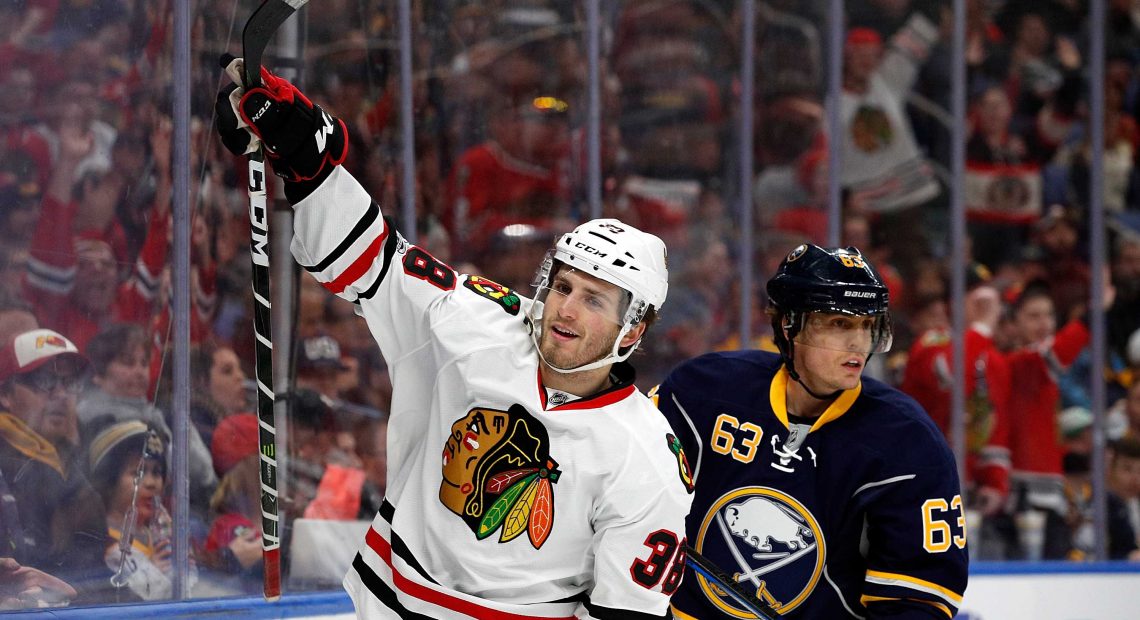 If the Hawks keep putting together performances like they have in the past two games, they may want to petition the league for more bye weeks in the seasons ahead. The Hawks, once again, ran roughshod over the opponent. The only difference this time, Robin Lehner was no Cam Talbot.

The Hawks got production from all four lines as each line scored with Kane and the Russian Spies scoring twice. Additonally, 10 of their 12 forwards scratched the scoresheet. Only Vince Stroh’s and Dr. Rasmussen came up empty but that was hardly any indictment on their game.

On the defensive side, the Sabres really were only able to generate offense when the Hawks were guilty of turning the puck over just inside the offensive blue line. This was happening quite a bit in the second period which is why we saw a lot of end-to-end chances with both teams trading prime opportunities. Once the Hawks cleaned up their zone entries and capitalized on their opportunities, the Sabres were toast.

The Hawks defensemen played another strong game of cutting down shooting lanes, efficient breakout passing and of course, active sticks. As Sam mentioned, all they’ve conceeded in the past 48 hours was a softie from Lucic and a great play by Eichel. If this keeps up, the remaining regular season may not be the slog we expected.

–Ryan Hartman has a real shot at scoring 20 goals this year. He scored another impressive goal tonight that makes the memory of Andrew Shaw dissipate like a McFly family portrait. Hartman made a power move at the top of the blue line to gain separation from the defender and then ripped off a wrist shot right over Lehner’s shoulder.

He serves as an important reminder that not all prospects are created equal. Hartman cooked in the AHL for two seasons before finally getting his turn this year. While we’re quick to point out that the great ones don’t need much to establish themselves, the good, or productive, ones can take a little longer. And Hartman is on the path to carving out a productive NHL career. He may not be able to hang against top competition but plenty of millions have been made by slaying bums.

–For a guy who has won three Stanley Cups, one Hart trophy, a Conn Smythe and played in an Olympic gold medal game, it was a little strange to see Patrick Kane celebrate like he scored an OT game-winner in a 5-1 game. Not to mention, this wasn’t the first goal he’s ever scored in Buffalo. Weird.

–Well, this is certainly the Jonathan Toews we all remember. We’ve spent a lot of time this season examining what seems off with Toews and I’ve pointed to that lack of jump he seemed to be missing. Since Nick Schmaltz has been recalled and put on his wing (and probably a little before then), Toews has that explosive burst in his first few strides again. Maybe his back is finally 100%; maybe he finally feels comfortable with his two line mates; or maybe he grew a batch of kale in his garden laced with amphetamines.

Either way, with a top line creating chances like this to supplement Kane and the Russian Spies, the Hawks look like they could be the class of the West.

–Thought it was a little strange to see Joel Quenneville toss out his top power play unit on the ice with less than 4 minutes left in a 5-1 game that was clearly over. In the years he’s been behind the Blackhawks bench, I don’t think I can recall him ever doing that and he certainly had his opportunities in the first few years.

In last year’s meeting versus the Sabres which the Hawks won in ridiculous fashion, you may recall there was a moment where Byslma stalled for a good two minutes before deciding whether he wanted to challenge a goal. The camera cut to Quenneville whose face was that familiar shade of pink and purple.

Almost wonder if that helped form his opinion on Byslma and played into his decision tonight.

–That seems like enough of that. Next one is in Minnehaha. Until then. 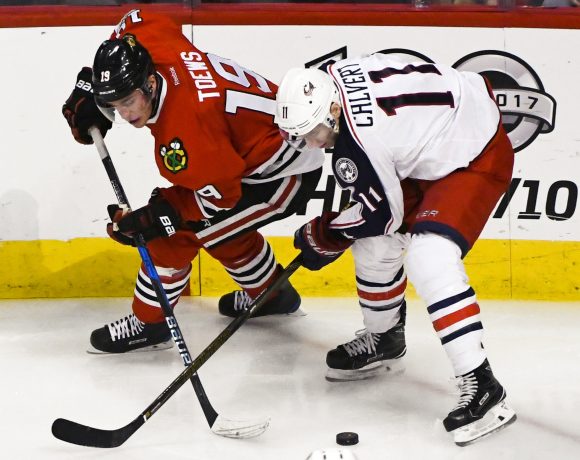