The Maple Leafs Are Fine, Which Is Why Everyone Hates Them 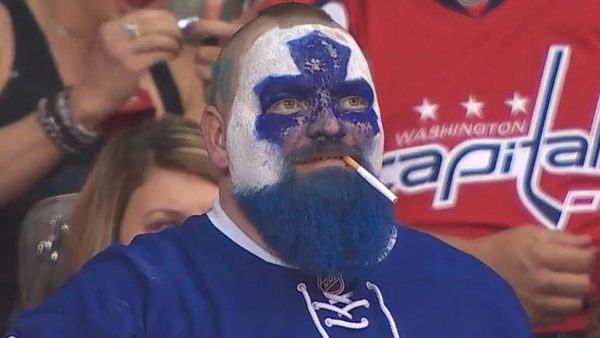 At some point we’re going to have to rename the team in Toronto “The Poochies,” because it seems the hockey world can’t spin unless we check in on the Leafs first. Only after they’ve been bookmarked is everything allowed to continue in its normal fashion.

In case you somehow have just the right type of noise cancelling headphones that pick out the exact frequency of loudmouths in their mom’s basement drinking their own piss, the Leafs have lost four of five. That’s after going 6-1-1 in their last eight, but we have to ignore that fact because it doesn’t convey the right state of panic everyone clad in blue needs you to know they’re in. In those four losses, two were unsightly as they were to the Hawks and Senators, and the other two were to the Lightning and at the Predators last night, which happens. Sandwiched in there is a pretty comedy-sketch of a win against the Flyers where they gave up six goals.

26 goals surrendered in five games isn’t exactly thrilling our confidence inducing, but pretty much everyone has a stretch like that (or if you’re the Hawks, a month or two). Before this rupture of a defensive artery the Leafs were about 10th in the league in GA/g, at 2.85, and now have risen all the way to 3.00 which ranks them 16th. Right behind the Penguins, and also ahead of the Capitals and Sharks who are considered Cup contenders by some or most.

More importantly, the only games the Leafs have looked truly second best in were the ones against Tampa, which is an affliction 29 other teams have, and the first 30 minutes against the Hawks, which isn’t acceptable. What the Leafs are really going through is Freddy Andersen having a Game 7 spasm in March. Maybe that’s scary, but it shouldn’t be unexpected.

If it took these five games for the Toronto media to figure out their team sucked defensively, then I don’t know what to tell them. The Leafs rank 29th in shots against at even-strength, and 26th in scoring chances against. This was all masked when Andersen was near Vezina level, and that mask fell off with a ground-shaking thud when his level dropped.

While those with press passed decked in blue have gone all gaga for Morgan Rielly’s counting stats or Jake Gardiner’s impending free agency, they tried to fool themselves into thinking this blue line was any good. It never was, and that hasn’t changed in the past five games just because they gave up 39 shots to the Hawks (what?).

The blame is going to Mike Babcock, but he seemingly is doing what only available open to him, and that’s playing as fast and loose as the Leafs can to try and impose their forwards on almost every other team that can’t match them. That’ll lead to bad weeks every so often. Yes, using Ron Hainsey a lot is a weird choice, but again, the options aren’t exactly flowing especially with Gardiner hurt. There are actually Leafs fans clamoring for Justin Holl, because if you’re a Marlies legend it obviously means you’re a celestial being that only Toronto residents can recognize.

It’s really no different than the mewling about the playoff format, which will see the Leafs turned into a party hat by the Lightning in the second round at best. I’ve never understood what the difference between losing there or the third round would be, and even under the old system the Leafs couldn’t really avoid Tampa in the second round anyway. Either you’re good enough or you’re not.

But Toronto’s problem is everyone’s problem, or at least they’re going to make sure that it is. At least when the Yankees and Red Sox’s following turn their angst over their sixth-inning reliever into national news, they have the jewelry to back it up. But the Leafs use that vacuous trophy case as just another reason to amplify their noise across the land, because this is a crisis that must be solved after all.

There has been nothing new learned about the Leafs in the last week and a half, other than Andersen was never going to be around .930 for a whole season consistently. Perhaps the pain for Leafs fans is what they shielded their eyes from since September finally couldn’t be ignored anymore, and they’re just mad at themselves.

I eagerly await a first-round flameout followed by a Babcock-Quenneville switch, and then see what Q does with this blue line with no new additions. We have plenty of evidence that he can’t make chicken salad out of chicken shit, and I wonder how Toy Boy would handle seeing Trevor van Riemsdyk getting second-pairing assignments. It’ll be excellent theater. 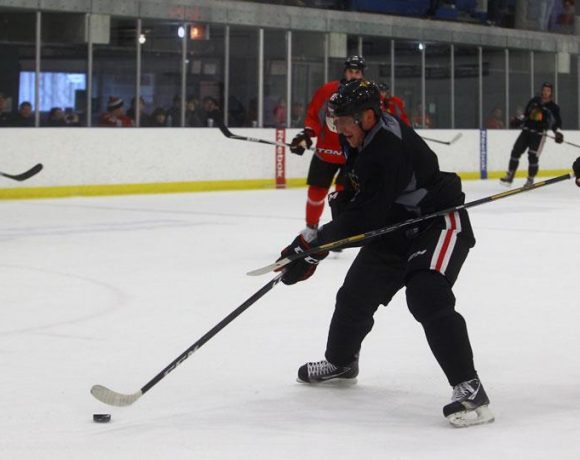