The Mighty Pigs At First Glance

Because I’m a desperate soul, and because I don’t have much else to do, I was perusing the Rockford Icehogs roster at the moment. Of course we’ll give you more of a breakdown next week when we really have to kick the lockout filler into high-gear, but this is a start.

The first thing that jumped out at me is what will likely be a top line of Brandon Saad-Marcus Kruger-Jimmy Hayes. If there’s a tiny silver lining to all this madness it’s that a player like Saad will get games at the AHL-level. That can only help. Saad barely got a taste of being a professional last year with his four games at the top. More than likely, because he’s uber-talented and because Stan Bowman is going to start to feel more pressure to show everyone what he’s brought to the team, Saad would have started the year with the Hawks. He might have made it work, he might not have. But now it’s rather obvious that he’s going to get at least two months in the A to learn the pro game. The Hawks will benefit, whenever they get around to playing hockey again.

Kruger’s a more interesting discussion. He’s obviously the most talented center in Rockford right now. But playing top line minutes, expected to carry the scoring, is that really going to help him? The obvious answer is yes, because he’s going to center the second line again and as long as he works on his faceoffs it can’t hurt. But it depends on where you think Kruger’s future in the NHL lies. At a lower level, will he finally develop some offensive swagger other than just being around the net? Can he be a better passer? Is he stronger now? Or will all he ever be in the NHL a checking center who’s capable of putting up numbers in the lower level but not at the top? Shredding AHL competition should build the confidence. Will it carry over?

There’s the possibility that the Icehogs’ second line could consist of Kyle Beach-Brandon Pirri-Andrew Shaw. This might be the most annoying line the organization has ever had at any level. It is also the last chance saloon for Beach and Pirri. If they’re ever going to make it with the big team, or at least prove that they’re worth trading for, they have to do it this season. Pirri has some mental issues to work out, as does Beach. Beach’s physical tools are less in question, other than maybe his feet. But this is the best talent they’ll be surrounded by, though it’ll be the best they’ve played against too. Both Beach and Pirri could see Shaw, Ben Smith, Jeremy Morin, and Jimmy Hayes with them. All of whom have had more time at the NHL than they have. It’s a big season for Morin too. He got his one year mulligan after a serious concussion. But he needs to push his way to the fore with more kids coming and passing him.

On the blue line, the top pairing is one a lot of us have dreamed about being the second pair at the United Center in the not too distant future. Nick Leddy and Dylan Olsen are the best down there by some margin. Leddy has never really gotten a chance to fatten up on AHL competition like he should have. Again, much like Saad, he can kick skulls around and discover the fortitude to do so again in the NHL. When you watch Leds, you get the impression that he’s got to prove to himself that he belongs and can flourish. You see the speed, the shot, the vision, but you don’t see him use it often enough. He defers far too often. Maybe being dominant at one level will lead to him being so at another. 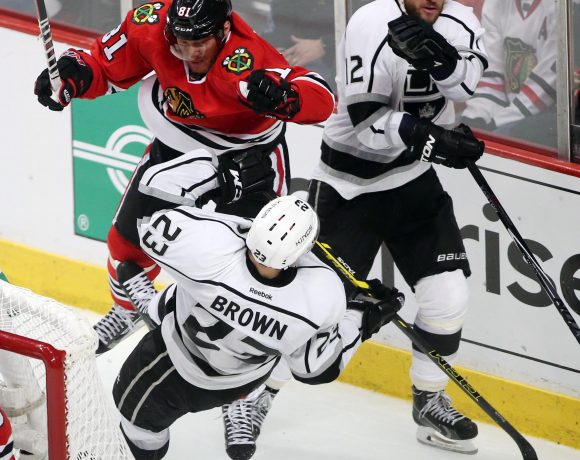 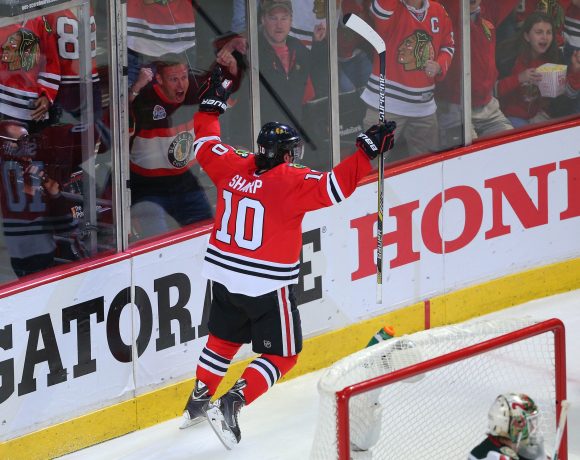