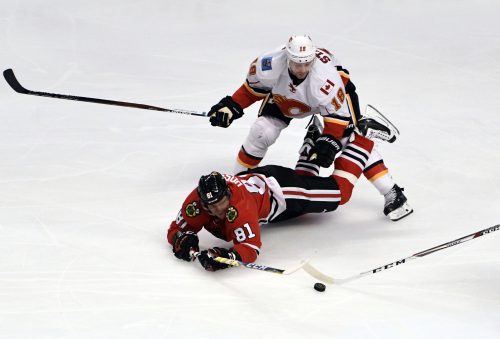 Much like the players themselves, or so it seems, it’s hard for Hawks fans to stay locked in for the last two and a half weeks of the season. We know where the Hawks are finishing, and other than the “IT’S ALIVE!” method of experimenting with his lineup that Quenneville sometimes delves into, there isn’t a lot of drama.

About the only thing left is for the Hawks to figure out who they’ll be opening the playoffs against, and thanks to how the West has shaped up over the past couple weeks, it could be any one of six teams. And if the Wild keep going the way they’re going, it could actually be one of seven.

What should you prefer?

St. Louis Blues: You probably would pick this because A) you’ve seen this move before and B) you probably are still a little salty about last spring and would like to erase that taste. The Blues have played a touch better since switching to Mike Yeo, although that might be somewhat false. Except their wins of late have come against the Yotes, Canucks, Avs, the free-falling Sharks, and the free-falling Wild. And whether you put any stock into them or not, the past 25 games the Blues’ analytic numbers blow. Without Shattenkirk there’s no transition here. Fine.

Nashville Predators: They’re also hot, winning seven of the last eight. That was after losing four in a row. In that stretch they’ve beaten the Sharks twice, the Islanders, the Capitals, and the Flames. If facing a hot team frightens you, this would at least raise an eyebrow. Still, this is a team that has lost to the Hawks four of five times, and comes with same problems they always have, which is only Filip Forsberg being a top of the line scorer. Rinne has played extremely well in the month of March, and if you buy into that then you’re going to end up feeling lonely and cold. You’ve seen that.

Calgary Flames: Now this is an interesting name. You don’t think about them much. As the season has gone along, the Flames have gotten better and better, both record-wise and underlying numbers-wise. Brian Elliot has been unconscious for the past two months, and has already kneecapped the Hawks once in the playoffs. And that was with a team that didn’t have one d-man as good as Hamilton, Brodie, and Giordano. The Flames have all three. They might have the best shutdown line in the West in Frolik-Backlund-Tkachuk. Dynamic scorers in Monahan and Gaudreau. Yeah, they might be thin at forward… but you could envision a scenario where that line snuffs out The Russian Spies and suddenly the Hawks are counting on others to score and that doesn’t go so well. This is probably the team the Hawks would just rather not deal with, even though they’d likely still win.

Edmonton Oilers: Well, this would be fun. There’d be at least one 8-5 game. There would probably be one game where the Hawks lose big. Sure, there’s a lot of speed, which gives the Hawks problems. There also isn’t a top pairing d-man in sight, and Cam Talbot is going to die of exhaustion before a series even starts. The Hawks’ strategy wouldn’t have to get much beyond keeping McDavid from multiple-points per game.

San Jose Sharks: If it’s them, you’ll know they’ve not recovered from whatever has infected them this month and are basically gasping and asking to be put out of their misery. Sharks fans want to hope that this losing streak is just boredom, but it could just as likely be that after playing into June last year a team relying on a group of players over 30 is out of gas. Their the kind of possession team that would make you wince this early, but couldn’t consistently beat the Hawks to the outside which is where the real problems lie. And if Couture is out for any length of time… you can probably forget it. Again, harder than you’d want in Round 1 but hardly impossible.

Anaheim Ducks: Highly unlikely, but I never rule anything out when Randy Carlyle is involved. They’d really have to boot over the last two weeks to end up as #8. But then I didn’t think they’d get to #1 in the Pacific either. If you didn’t know where they played, you’d look at this team with four lines, a pretty mobile defense, and a promising goalie at worst, and think this is a real problem. And then you hear “Anaheim Ducks” and you feel better. Perry and Getzlaf never need too much of an excuse to shrivel and quiver when it counts, Kesler’s legs no longer support his mouth quite as effectively, and Bieksa will take a penalty when he absolutely can’t. Larry Horse say “Too Nuck-y.” The amount of bullshit involved is worth avoiding, but nothing on the ice really is.

Of this list, given how things are going, Calgary seems like the team you’d want to play least. But even that doesn’t come with that much peril. Just something to watch over the last two weeks. 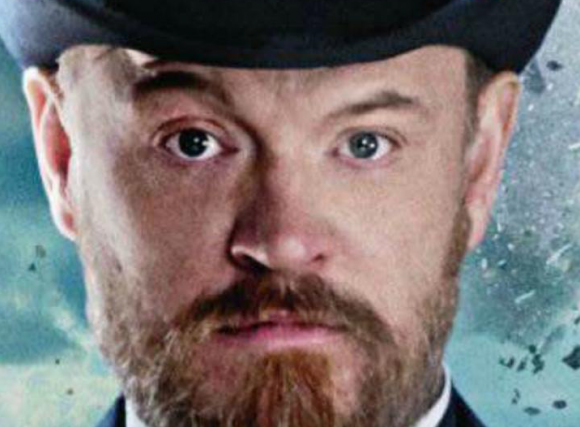