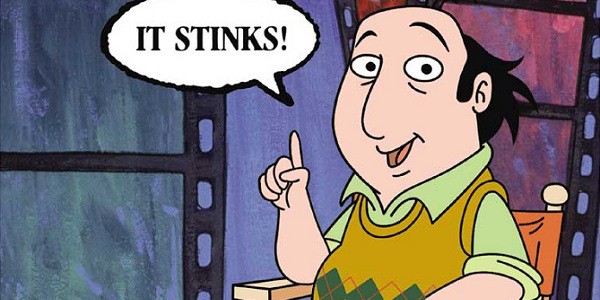 I, much like you, made that sound that comes when you surprisingly belch up some vomit and have to swallow it back down when I saw the proposal for a new playoff system in MLB. It’s been obvious for a while that Rob Manfred doesn’t even like baseball, or if he does he doesn’t have any clue on how to make it better and more attractive to a new generation. So we’ll just turn it into The Bachelor or something? Who fucking knows. The more I think about it the more baseball is headed the way of horse racing, and it’ll be me and a bunch of altacockers watching it praying we can make it back to the car before shitting ourselves before too long.

When stuff like this comes out, and it’s been this way for longer than I’d care to think about, we all just dismiss it as “cash grab.” Because we know that’s Manfred’s job, to make the owners more and more money. And more playoff games mean more ratings for TV networks which means better ad rates and you know how the whole cycle goes. I mean, at some point there are so many playoff games they cease to be unique anymore and maybe ratings would flatten out but I guess we’re a long way off from that.

I don’t know if I’m getting my anarchist clothing on and preparing my bow but it does feel like the more we dismiss and acquiesce the more the things we love are altered or mutated beyond recognition and we’re the only ones who suffer. And yet it feels like there’s little we can do other than stop watching and/or caring, and again, we’re the only ones who get punished in that scenario. The owners and Manfred are unlikely to notice we’re gone. I doubt there will be a baseball revolution/uprising anytime soon. If there is, I have a whole list of people I’d sentence to death by exile.

Playoff expansion is all about keeping more fans of more teams interested throughout a regular season that feels too long at times. It’s here that many have pointed out you wouldn’t have so many teams drawing flies and the generally lost and bewildered only if you didn’t have so many bottoming out in a “rebuild,” most of which never actually top out either. Perhaps the introduction of a salary floor not all that far from the luxury tax would keep more teams competitive for the playoff spots you already have cut out? I guess I shouldn’t sit on a hot stove waiting for that to happen, though it feels like that should be one of the first bullet points from the MLBPA in new CBA negotiations. I guess the best I can hope for there is that Tony Clark can spell “salary floor.”

None of this fixes what’s really wrong with baseball, and even the playoff system. And I don’t know that there’s a solution to any of it. From where I sit, here are the problems:

I’ll deal with the first and see if I’m even capable of dealing with the second later. Right now, a system that would be as near as perfect as you could get would just be the three division winners. Because they would really only be competing against teams playing the same schedule, and hence we get a fair idea of who was the “best” out of that. There’s no sliding records or whatever. Everyone in the Central played everyone else in the Central 19 times, and everyone else in the NL six or seven. Sure, there’s a little variance with these “natural interleague rivals” but I’m not going to kick a fuss over one or two games.

But even that wouldn’t completely work, if you were to give a bye to the team with the best record. Because they’ll have achieved that record playing a wildly different schedule than the other two teams, so we don’t have any idea how they compare really. And the six or seven games they had against each other wouldn’t be enough of a sample.

And of course, that wouldn’t be enough playoff teams to suit everyone. We’re not going back to four divisions and only the winners move on to the postseason, even if that makes the most sense.

I would say that expansion to 32 teams, which also seems inevitable somewhere around here, would allow for the opportunity for either eight divisions of four with only the winners moving on, or the truly revolutionary and close-to-my-heart tiered leagues of 16 teams with promotion and relegation. Fuck, in a vacuum, cutting the minor leagues loose and making them just lower league baseball could even add to this, where Des Moines and Charlotte could actually play their way into MLB II or whatever and compete with Pittsburgh and Detroit or whatever. But that’s about as galaxy-brained as it gets. Even though the Premier League’s popularity continues to grow and no one here is suggesting they change their ways.

But MLB won’t go for the eight-division look because someone will complain about the likelihood of one or two divisions being so much weaker than the others. This is what happened in the NHL. You’ll recall the current format was just supposed to be four divisions with no conferences, and four teams from each would make the playoff and then the four winners from there would be re-seeded for the semifinals. It sounded great, kept teams competing for things while playing the same schedule, and would have been at least unique. It was the players who balked, with the above reasoning. Which gave us this dumbass wildcard system.

What promotion/relegation fans are really trying to get at is keeping teams at every point in the standings competing for something. And I guess this is what this proposed MLB system takes a swipe at. Teams at the top are haggling over the bye, teams in the middle trying to get in. It doesn’t do anything for the bottom, which is the real problem, but I’ll let go of that dream. Right now, once the Dodgers get 10 games up on the Padres by what, May 1st, there really isn’t much for them to play for. Sure, the winner of the coin flip, which went excellently for them last year. But getting to miss a whole round probably has more advantage.

This always wades back into the meaning of the regular season, but that gets harder to define. When we had only four playoff teams, what did the regular season mean to teams in third through seventh? For every Braves-Giants ’92 epic, there were probably five pennant races that never actually developed as some 94-win team won by eight games and everyone knew it was over somewhere in August. Is that better? Maybe, I’m not sure either way.

If you’re like me and trying to figure out how to get the soccer model into American sports, essentially you need to keep in mind that along with avoiding relegation there’s “mid-card belts.” Like Champions League or Europa League places. As well as separate cup competitions. American sports simply don’t have these. Which is something the NBA is taking a look at, but the cup competitions don’t really work without the lower league teams competing. Now, let college teams and D-League teams take their shot and we might have something. Either way, it’s hard to juice the middle of the standings here. This is their attempt, as wrong as it may feel.

And really, we know that as dramatic as they can be, playoffs in baseball are weird. It’s kind of a different game than what we see in the regular season. Some sports lend themselves to that kind of thing or feel. I would say that hockey and basketball, but baseball and soccer don’t. It’s just the nature of the games. There’s no getting rid of them of course, but it’s not really the best way to determine a champion.

Baseball is all about how you negotiate so many damn games over six months and the accumulation of wins over that stretch. You can’t even use the same lineup every time, as you have to change pitchers. And then all of the sudden we flip a switch and one game matters over all, just over 0.5% of what you just played. It’s kind of injected drama and meaning.

Perhaps actual swift marketing men who loved the game could find a way to make the regular season more meaningful to people. Perhaps every sport could do more to make winning the regular season championship, the best test we have as flawed as it is, something to be celebrated. To separate it from the playoff champion. That’s beyond me, but until we do that, I don’t think anything is going to work perfectly.

This proposed system still sucks, though. 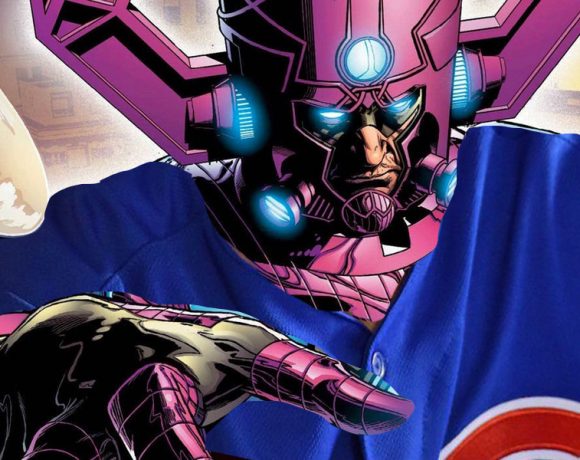 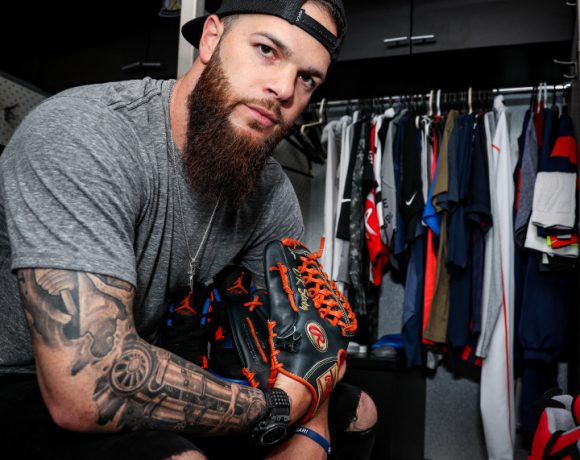 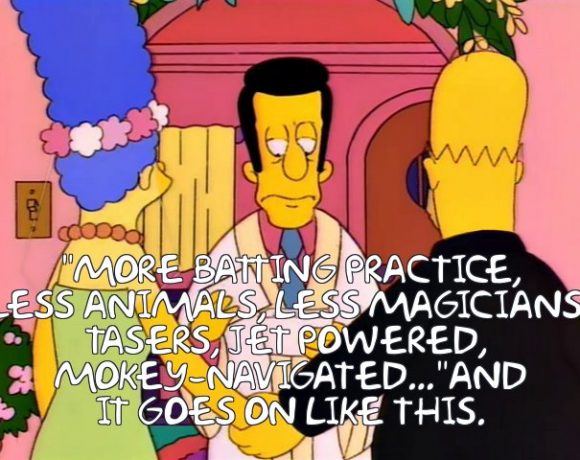