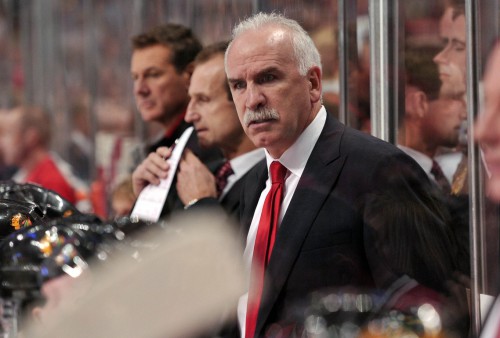 This is a post I’ve been meaning to do for a while, and some have asked me to write. One of the things I think the internet and blogs and just the wealth of outlets have sadly done to most debates (sports and non) is that every issue is either black or white. There’s two sides to everything. Sometimes there’s only one, and sometimes there’s a whole bunch.

I haven’t done a good job of balancing out my full view on Joel Quenneville. I point out what I don’t like an awful lot, and that throws me into the “Thinks Q is a complete idiot” category. Well, he simply can’t be a complete idiot. Nearly 700 NHL wins would tell you that. But ’tis the season to be nice and all that, so let me try and round out the picture that I and a lot of others have of Q by illustrating what I think he’s done and does well. You already know most of the complaints.

-His overriding philosophy. And it’s one a lot of teams don’t understand and get wrong. Q believes in defensive responsibility with speed. The Hawks speed isn’t just being able to streak up the ice to score, beating defenders to the outside, and tearing through the neutral zone. Where their speed is truly devastating is actually in reverse, on the backcheck. They Hawks can squeeze teams so quickly, and it’s why their defense can stand up at their blue line and basically give the opponents about 10 feet to play in. All the Hawks D can be so aggressive because even if they miss there’s a retreating forward right on the puck-carriers’ ass. It’s how they cause so many turnovers in the neutral zone and turn it around so quickly into odd-man rushes for themselves. Essentially the Hawk forwards push the opponents into the jagged rocks of the defense at a speed faster than the opponents want to play and they have to make decisions quicker than they want. It’s the base for the Hawks’ entire game.

And I think it’s what a lot of teams trying to emulate the Hawks don’t get right. The Oilers and Avalanche come readily to mind. They think they can just toss a bunch of fast forwards out there and it magically happens. They don’t have the defensive effort, or the smarts, or the aggressive defensemen who know when to be to make it work. It’s like what John Paul Jones said about drummers who try to emulate John Bonham but never get it right. They’re always, “UNG! BASH! UNG! BASH!” They thought just hitting the drums hard and loud was enough. They missed the intricacies and little things that made Bonzo the best. Same with Q’s system. And we have to be wildly appreciative of it.

-It would be silly to think the development of Duncan Keith, Niklas Hjalmarsson, and Johnny Oduya playing the best hockey of his career happened completely outside Q’s influence. Especially as he was a blue-liner. Hammer bounced back from two terrible seasons. Keith didn’t blossom until Q replaced Savard. Seabrook was better than Keith there for a while. This simply can’t have happened with Q not having anything to do with it.

-The team’s attitude. Aside from the Game 4 meltdown against Scum in 2009, I can’t remember this team ever losing its mind like Vancouver or Pittsburgh or others have. As some have pointed out, the team never panicked when down 3-1 against Detroit last year, or being one period away from elimination. It didn’t blow up when a terrible call seemingly snatched away a Game 7 winner (although I certainly did and knew it was all over). As Game 4 against Boston was going haywire the team never quit and never even looked like it ever thought it was going to lose it. Certainly that’s brought in from the coach. How would Torts or Vigneault have handled these situations?

-While I don’t care for his handling of goalies all the time, I can’t remember Q ever calling out a skater by name after a game. Generally it always feels like a coach is trying to deflect blame when he throws a particular player or players under the bus. Q never does that. It’s one unit. And maybe it’s because he views the team game almost nullifying what the goalie does that he treats them differently. If the Hawks are on their game, the goalie will play well and it’s obvious when he doesn’t.

-He’s an avid horse player, and so am I. There aren’t many of us left.

-The discipline. For most of my childhood the Hawks were one of the most penalized, dunderheaded teams around. You can still find fans who loved that and still can’t adjust to that. They were also under the impression there was some conspiracy from the NHL against the Hawks that they were penalized so much because of Tom Lysiak tripping a ref. Well, either they got tired of the ruse or Q has washed that away with a team that rarely puts itself behind the 8-ball with penalties.

There’s probably a couple others I’m forgetting, and you may mention them in the comments. I guess think of it like this: The overall structure and look of the building is awesome, I just quibble with the construction of certain floors at times that I fear will hurt the integrity of the whole building. It’s a complicated picture, as things tend to be.

Tags: Chicago Blackhawks Duncan Keith Joel Quenneville there is stuff I like believe it or not 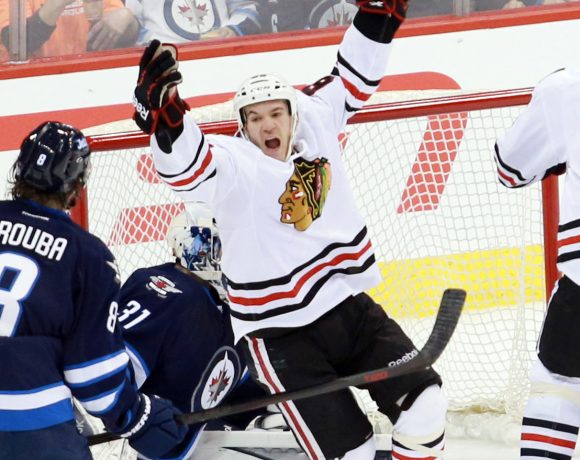 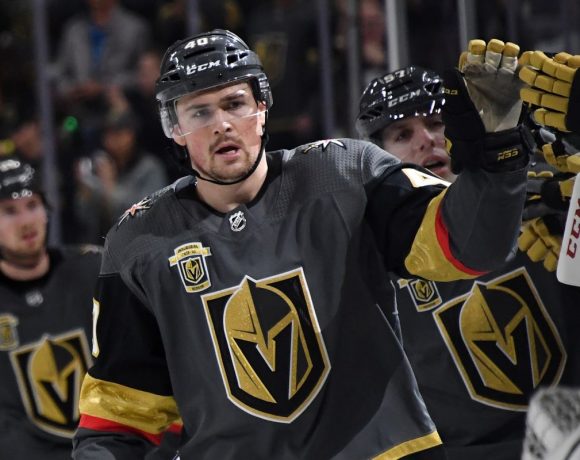 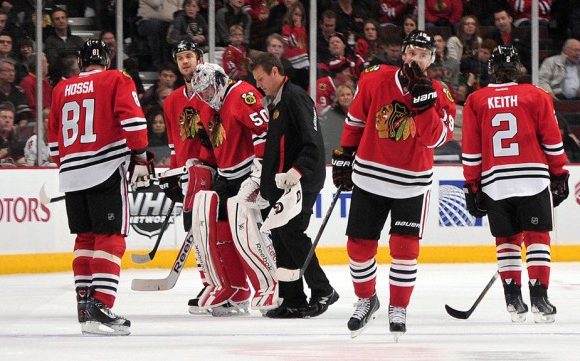