They Keep Calling Me: Canucks 6, Blackhawks 3 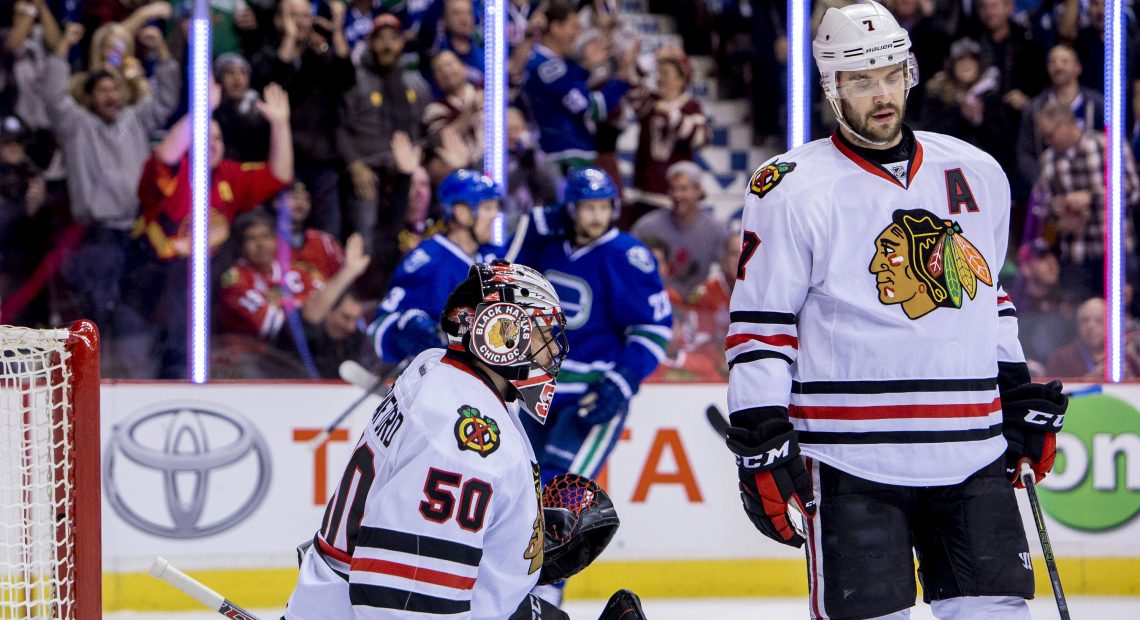 When the Hawks tied the game with 7 minutes left, it seemed like at least another point was a given. But then the Hawks let the one Canucks line you can’t let score do so multiple times. Corey Crawford didn’t help his own cause and what was a very close game tilted in favor of the Hawks looked like a Canucks blowout at the end.

–With two linemates in Ryan Garbutt and Andrew Shaw, Jonathan Toews played one of his better games of the season. That Toews “fastball” that Sam referred to earlier this week was back tonight. On the old eye test, Toews had the jump in his step that has proven elusive thus far. Every time Toews had the puck, he was dangerous.

This is one reason to be optimistic after a loss like this. With Toews rounding back into form, things won’t look nearly as bad as they have at times so far.

By the way, the fancy stats back up the eye test as Toews was the best forward tonight. If this continues, the points will pile up.

–About halfway through the third period with a break in the action, the cameras (very briefly) caught Marian Hossa skate by the Hawks bench and say something demonstratively to Tanner Kero. Kero and Hossa skated together on the shift before and Kero threw a panicked pass through the middle of the ice in the neutral zone. Hossa was wide open on the side wall.

Instead, Kero threw away possession and Hossa did not seem pleased. For what it’s worth, Kero only had two more shifts when the outcome was still in doubt after that.

–Staked to a one goal lead, the Canucks were dropping four guys back in the defensive zone throughout the third period. They also didn’t capitalize on a three on one when Alex Burrows took a wild shot that didn’t even hit the net. Usually, that spells disaster for a team trying to hold a lead against the Hawks.

The Hawks are always going to mount some kind of sustained pressure and if it’s only a one goal game, you’re asking for trouble because eventually someone is going to break through the defensive structure (which Kane did tonight on the equalizer) and either your goalie or a weird bounce is going to have to bail your team out.

When Artem Anisimov tied the game, it seemed like a script we’ve seen plenty of times through the years. Instead, the Sedin brothers did what they’re known for. Frustrating, yes but again, more often than not, that’s going to end with the Hawks drawing at least a point.

–Trevor Daley is exciting to watch when he gets whipping around the offensive zone. And that’s about it. He seems to have that special stick with a hole in it, too, as seemingly every pass slips right past his blade.

Also, I’ve noticed this a few times but haven’t been able to confirm. Tonight, I had a good look. Daley definitely plays with chewing tobacco in his mouth during games. That has to be one of the most insane things I’ve ever seen/heard of.

–Marko Dano with only 5 minutes of ice time. Sick or not, probably not a good thing.

–Brandon Mashinter had an amazing play to add to his resume tonight. He skated the puck out of the defensive zone and fired the puck into the Canucks end about 10 feet in front of the line for an obvious icing.

I guess we shouldn’t be surprised that he’s dressing in favor of Viktor Tikhonov but it is kind of bizarre. You watch Tikhonov play, and while he hasn’t scored, he knows where to be, how to clear his end, etc. Basically, all the things that Joel Quenneville demands and yet, he can’t sniff the lineup anymore.

Mashinter does none of that and guarantees one bonehead play in 5 minutes of ice a night and it doesn’t seem like he’s going to leave anytime soon.

–The trip stands at 1-1-1 now and three games looming in California. With Toews trending upwards and a break for Artemi Panarin to get his legs back, you’d think anything less than 4 points would be a disappointment. But that’s why they play the games. 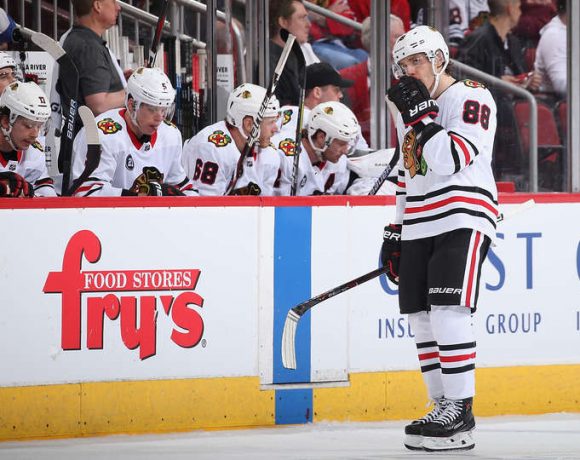