Through All The Sleepless Nights And All The Endless Days: Lightning at Hawks Preview/Pregame Thread/Champagne Hour

TV/RADIO: WGN For both, NHLN-US, Sportsnet

Always ace scheduling from the NHL when they take their Stanley Cup Final rematch and stick it on a Saturday in October. One of the handful of games the casual fan outside the two markets might notice, and it’s on at the worst possible time. The NHL: 99 years with a thumb up their own ass.

Anyway, the Hawks will get a decent look at what they can do against a premier team in the league without their biggest weapon in Duncan Keith. The Panthers have a decent set of speed and skill on all four lines, but they would be the JV to the Lightning’s varsity squad that roll in tonight.

The Bolts sit at 5-3-1 on the season, and come in having played last night in The Peg and winning in OT 4-3. It was a pretty crazy affair, with both teams content to get up and down and trade chances for long stretches. And as you might have guessed, the Lightning just have more firepower than the Jets, and had THE BISHOP! not goofed the Jets a shorthanded goal the Lightning probably could have gotten out of there in regulation with both points they got anyway.

It’ll be a familiar squad that shows up here for the first time since June. The only change among the forwards is that Brenden Morrow is free to take in his shuffleboard and early dinners without having to be bothered with hockey activities, and he’s been replaced by Erik Condra who’s proving to be a useful third-liner. The other change is that Jonathan Drouin has finally broken into the top six, and is playing on the top line with Stamkos and glorified grunt Ryan Callahan. If Drouin can do the things to keep him in the lineup and show off the skills with Stamkos that made him the #3 pick overall, Stamkos might take another run at 60 goals. He’s already got five, and wouldn’t that be a handy thing to do as he approaches free agency?

The defense is the exact same you remember, though John Cooper has split up Hedman and Stralman to try and spread out his possession-drivers at the back. But street cleaners Carle, Coburn, Sustr, and Garrison still man the other posts, and another season isn’t going to add any grease to their wheels.

Hanging over the Bolts all season will be a desperation to get the Cup and win it this time as their own Cap-ocalypse is approaching. Yes Virginia, you can watch it happen to someone else for once. Stamkos is unrestricted after the season, and is asking for Daydream Nation money as a starting point. Hedman goes unrestricted the following summer, and a host of others are restricted in the next two summers. It’s an approaching headache for Stevie Y, so this is probably Tampa’s best chance to do it. There’s almost no way they can look the same next season or the one following.

As for the Hawks, it looks to be a case of same again. Bryan Bickell looks to be scratched for being Bryan Bickell, with Tikhonov taking “the lottery” spot and Ryan Garbutt wasting Teuvo’s and Stroh’s time. They’ll be looking at a new goalie for the Bolts, in Kristers Gudlevskis who will give THE BISHOP! his first break of the season. You might think you don’t know that name, and you probably don’t, but if it rings any bells it’s because he’s the Latvian who stopped 874 Canadian shots in the Olympics. He was called up last night.

The Hawks catch a break in catching this team on the second of a back-to-back, but this won’t be just another one on the schedule for the Bolts. Considering their four-line attack these days (Pacquette-Namestnikov-J.T. Brown is one of the better fourth units in the league) there’s every chance the Hawks now weak defense could get exposed. They can’t hide Daley and Rundblad from anyone here, and the Lightning probably won’t take 10 penalties as the Panthers did to give everyone a break. We know they’re not going to slow anything down for the Hawks. It’s the same story at the other end where the Hawks’ speed should give the Lightning’s slower d-men the same problems they had last spring.

Should be a good one.

If you’re going to tonight’s game, pick up a copy of our gameday program outside. If you’re not, you can get the PDF version right here.

Beard Of The Day – May 15th – Solemn Oath Brewery Folk 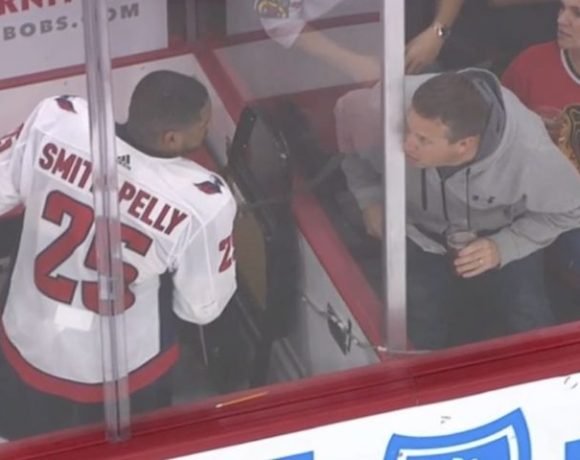 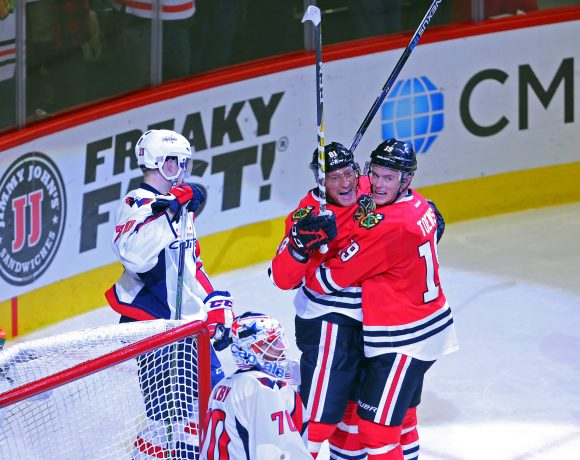