Time For Cold Ones – Flyera vs Hawks Preview, Can Check

As the above headline will indicate, Flyers Twitter is a weird and amusing place to dwell in for even a short amount of time. Perhaps it’s their championship drought despite having numerous good to great teams over the last 40 years that’s driven them batty, or their often times confounding management. Or maybe it’s the fact that by and large those fans live in a dyspeptic cracker hellscape of a state with two of the most abhorrent accents in any English dialect; a place that until recently had a legitimate thoroughfare officially labeled on maps as “The Road To Nowhere”. And of course, Travis fucking Hughes still hasn’t paid us our cheesesteaks going on six years later.

And those denizens have had plenty to be excited about lately as the Flyers have unexpectedly surged into the playoff conversation in the Eastern Conference.

At present, the Flyera sit a point back of Detroit for the final Eastern wild card spot with two games in hand after beating them at home last night, and a mere four points arrears of their in-state blood rivals the Penguins, who have also played one more game. They have gone 7-2-1 in their last 10, which included back to back regulation wins over Tampa Bay during that stretch. Given that they’re in the midst of a quasi-rebuild/retooling under the even-keeled stewardship of GM Ron Hextall, it’s not a surprise that the Flyers are fairly top heavy up front, with captain Claude Giroux naturally leading them in scoring with 58 points. But behind Giroux there’s a grouping of players all flirting with 50 points at the moment, including Jakub Voracek, Wayne Simmonds (who leads the team with 25 goals, none from further than 18 inches from the crease), and Brayden Schenn, all in the 47 or 48 point range. Voracek has missed the last handful of games with injury and will not play tonight on the West Side, though his prognosis is not long-term. What the Flyers do boast that is unique is Sean Coutourier, who has often been propped up as a Marcus Kruger comp. And if Kruger can provide what Coots has this year, then his new paper will be quite a steal. While he only has 9 goals and 20 assists, Coutourier has become an elite shutdown center, taking the worst zone starts and toughest competition for the Flyers, and turning it into a 54.57% share, which is Selke worthy.

The real surprise has been on the Flyers’ blue line, where rookie Shayne Gostisbehere is flirting with legends with the offensive numbers he’s been putting up as a rookie. Given the far steeper learning curve from the position and the fact that the Flyera really have nothing else on their blue line resembling a safety net (Mark Streit’s sarcophagus and the irascibly horny Michael Del Zotto do not count), there is a totally credible case for Ghost to walk away with the Calder this year, despite Artemi Panarin’s highly publicized campaign. Ghost is far and away the most sheltered of Philly’s defensemen with regard to zone starts, and he’s only parlayed that into a barely above water 50.73 share, but he’s obviously more than made up with his skating ability and offensive instincts. Radko Gudas likely originated from the same Eastern bloc demented circus that Roman Polak was discovered at, and will absolutely bury any forward with his head down, but also has managed to flip the ice at a 53.15 rate.

Michal Neuvirth will get the start in net tonight as Steve Mason went last night, and both have provided the Flyers with quietly solid goaltending to keep them in the playoff hunt in a 1A-1B tandem situation. Neuvirth in particular has been excellent in 30 appearances, boasting a .925 save percentage overall, and a .931 at evens. Those numbers dip slightly on the road, but not to Scott Darling levels.

As for the Men of Four Feathers, the wheels continue to spin, and as is tradition, the quotes have come out about how they just have to want it more and love the game harder, whatever the fuck that even means. It’s difficult to discern which is more insulting: if the players themselves actually believe this kind of garbage, or that they just say it to the press because they don’t trust the consuming public to be able to understand anything else.

In any event, tangible changes have been made to the top six forwards for the first time in months as a result. While numerous veterans took today’s morning skate off, what was made clear yesterday was that Toews and Anisimov will essentially be switching sets of wingers. Anisimov might be running out of gas and therefore dragging down the Hawks’ most productive line, so a change might be worth a look. But given Marian Hossa’s shooting decline and Andrew Ladd looking a step slow in this go around, that unit might be nothing more than a glorified checking line in a more traditional 2-1-1 configuration. Tomas Fleischmann did see some time with Toews and practice yesterday, which he’s certainly earned to this point, but it would once again deprive Our Special Boy Teuvo of a winger he’s developed an understanding with. And if Quenneville is feeling saucy with his combinations, all this could be blown up halfway through the first if he doesn’t get the results he wants anyway.

On defense Christian Ehrhoff will remain in tonight, though at whose expense remains to be seen. The problem remains that the Hawks have no middle pairing to speak up with Brent Cinnabon unable to get out from underwater no matter the partner, be it home or road, and even with soft assignments and zone starts. At a certain point Quenneville might have to go back to the Babysitter template of last year’s playoffs from the first two rounds with Keith and Rozsival up top, and Seabrook and either Goose or Teflon Van Riemsdyk as the third pairing. It would hinge on Christian Ehrhoff playing the Johnny Oduya role with Nik Hjalmarsson, which he was certainly able to 5 years ago, but might be a stretch now. It’s certainly worth a look before going down in a series which starts on the road.

Scott Darling will get the cage tonight against a non-conference opponent at home, which is about when he should be getting work due to the lack of back to backs remaining on the Hawks’ schedule. In all honesty he should probably get the start on Friday against the long-out-of-it Jets, even on the road, just to give what appears to be a rapidly fatiguing Corey Crawford any kind of rest. This will be Darling’s first start at home in a month, and just his fourth on the season. Once again for old time’s sake – .895 on the road, .960 at home.

Overall the Flyera are right at the same team possession rate as the Hawks, which is to say controlling barely more than half of 5v5 attempts. But the Flyers are nearly as power play dependent, and actually have a positive differential and have scored more 5v5 goals despite playing two fewer games. With last change at home, it would seem stupid to have Toews and whatever wingers Quenneville gives him go head-to-head against Coots, as he’ll undoubtedly neutralize the Hawks’ primary threat. The key will be for Teuvo and the fourth line to take advantage of the skidmarked underside of the Flyers’ forward and defensive corps with advantageous matchups. And make no mistake, the Hawks need this game as desperately as the Flyers do with St. Louis and Dallas both losing in regulation the games they had in hand this week.

If you’re going to tonight’s game pick up a copy of our gameday program sold outside the arena. If you’re not, you can get the digital version right here. 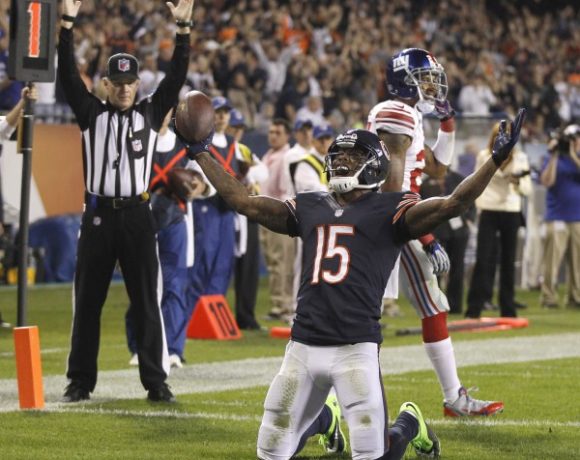 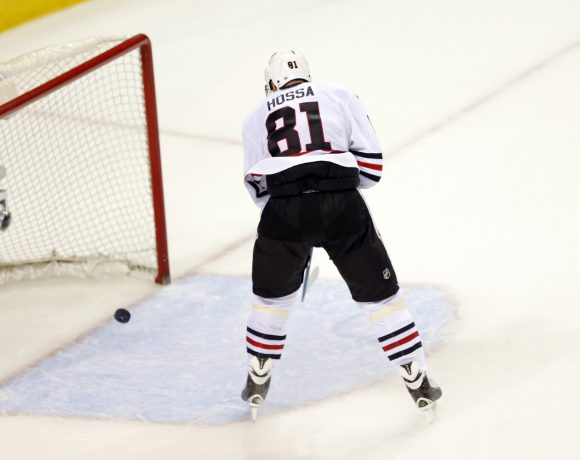