Those clad in red will tell you this is possibly a Final preview. The Flames might have to sort out their defensive problems for that to happen, but these are two top-five teams in the league. Certainly it’s a test for Calgary, as the Lightning are humming just about as well as anyone has in years. Some hockey fans have complained they haven’t seen a historically good team like the Warriors in their league. They might have one now, 126 points would be quite the statement, and that’s what the Lightning are on pace for.

Now this looks like a preview of what’s to come in the spring. The Sharks are starting to tune it up, They’ve won five in a row and seven of nine, They’ve outscored those last five victims 24-10 in those games. The Jets have won five of six, somehow dropping one to the Kings last out. They’ve won nine of 12. Big night in the West. 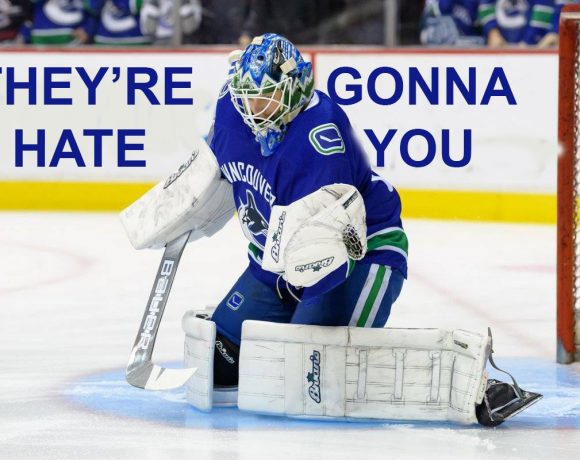