Few things floating in space today. Let’s clean them up.

-While the main goal of these last five weeks is tightening up the Hawks’ game and that alone, so that they hit the playoffs with momentum and a confidence, that doesn’t mean things aren’t up for grabs in the Central. Because of the Preds regression, anything is possible here. Though thanks to the Wild’s surge, there now really isn’t anything you’d call a “good” matchup. If you think getting the Wild at any point in the playoffs will be easy, then you’re very much mistaken.

Looking ahead, the Preds sit seven points ahead of the Hawks but the Hawks have two games in hand. The Blues are only four points behind them and have three games in hand, so essentially it’s in their own hands to take the division (and then watch Elliot spit it to the Wild and oh man that’ll be awesome).

Glancing at their schedule, it’s not going to get easier for the Preds this month. They start the California swing Thursday, and while you never know what you’re going to get from the Sharks ever, they should at least be desperate. So will the Kings, and the Ducks because they take the Presidents’ Trophy way seriously. They’ll return home after that to face the aforementioned Wild, Canadiens, and Sabres at home. Then they go to Tampa and DC, then return home for games against the Rectum Horshoe All-Stars Flames and Canucks. Only that home game against the Sabres would be considered a gimme.

A pure 5-5 record on that is hardly a stretch, and it could be worse for them if things keep going like they are. The Hawks play 10 games as well between here and April 1. 7-3 would leave the Hawks three points back with two games in hand with only April to go. Though the Hawks’ April is pretty ugly schedule wise and the Preds’ most certainly isn’t. But it’s there if the Hawks want to take it. Because a 1st round date with a free-falling Preds team sounds about the best option right now, and even that comes with beating Pekka Rinne four out of seven times. One does not simply walk out of the Central Division.

-One thing we’ve all watched of late is how Brad Richards plays in the spring. We commented frequently about how he faded last year and how it looks like he is again this one. We know what the scoring drought is at this point. However, the past three games, while not scratching points-wise, have been encouraging.

His Corsi% the past three is 65.2, 60.7, and 52.7 against the Rangers who are one of the league’s better teams. Yes, these were all at home and things will be trickier on the road where his assignments can’t be picked. If Sharp’s luck ever changes, I feel like we’ll get tangible results for Richards as well if this is how the lineup stays.

-Johnny Oduya returned to practice and was immediately reunited with Hjalmarsson. While this keeps the boat anchor that is Rozival securely wrapped around Keith’s ankle, I’m not sure how else to go about it. We know Q is not going to play Rundblad ahead of Rozsival even though it could hardly go worse. Timonen almost has to play with Seabrook right now, as Seabs is better with the puck than Hjalmarsson and plays will need to be made.

There’s always TVR watch, I guess. But I really don’t know that van Riemsdyk can provide much more than Rundblad right now after missing so much time. I suggest watching from behind your couch.

-Our obligatory Teuvo commentary. It appears he’s going to stay right where he was on Sunday against the Yotes on Thursday, because Quenneville is not the madman we sometimes pretend that he is.

A player like Teuvo can’t be yanked after every single mistake. Because if you put a player like this on his heels and tentative, you lose everything that makes him stick out. Q is well aware of what he has here, and isn’t going to strip him of the things that make him special. Teuvo has to have the leash to “try shit” because he can pull most of it off. It would appear he’s getting it.

I’m also tired of various media and whoever else telling us to calm down. Hawks fans have every reason to be excited by Teuvo, as excitement is different than expectation. This is the best player the Hawks will bring through the system in the foreseeable future. The rest will probably have a role. None are likely to be game-breakers. Teuvo has that chance, and that’s exciting. Let’s see what happens.

-Song for the day: 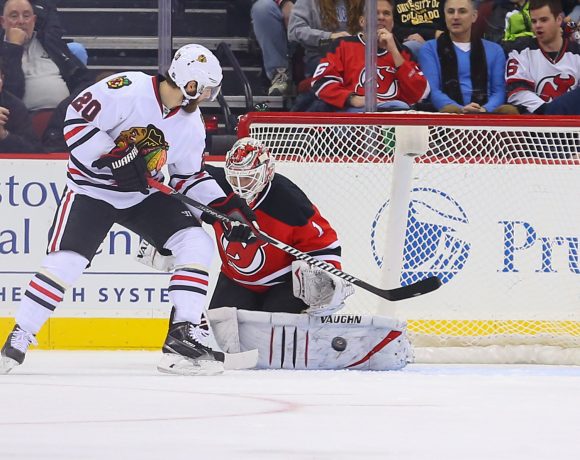 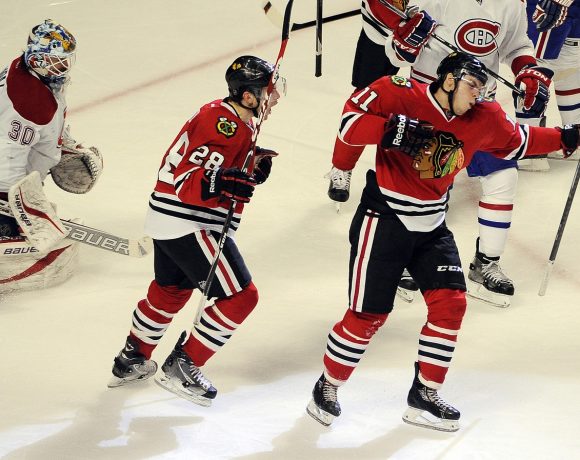 Come Back Here! I’m Not Through Demeaning You: Blackhawks 3 – Habs 2 (OT)