Once More Unto The Breach – The Committed Indian’s Season Preview: Jenkem Collectors 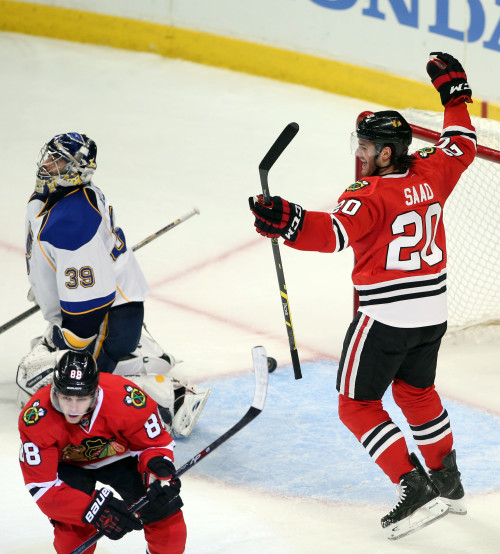 Like any healthy person, you can only spend so much time looking inward. Eventually you get sick of everything in there, and it’s a good thing to take that distaste for the world and aim it at others (I think?). So with that in mind, it’s time to stop poring over our internal questions and look at the other teams in the Central. And while I could never hope to come close to replicating what Andrew Cieslak does about the Blues over at HockeeNight.com, I’ll do my best.

Forwards: This is what gets people, and me sometimes. On paper, the Blues should have one of the deepest forward corps in the league. They can boast a pretty scary top-9. In theory, the addition of Paul Stastny should bump David “I’m not concussed that’s just how I look” Backes either to a wing or #2 center. They can throw out Schwartz and Tarasenko on either side of basically any idiot to form that terrifying line behind that (probably should be Backes). Though they let criminally underrated Vlad Sobotka walk over like $6, but that’s a lot of money in St. Louis. There’s new kid Dmitrij Jaskin, and I can’t imagine it’ll be too long before Ty Rattie is in the NHL full-time. He scored 31 goals out in Rosemont last year, so how much he has to prove at that level is kind of a mystery. They’re also pretty excited about Finnish import Jori Lehtera. While Stastny is quite as good as the Blues would like to believe he is, he’s still a large improvement on what they had.

They still have a lot of dunderheads, but all of them should be scrapping for nothing more than 4th line roles instead of taking up the bottom-six. In fact, Hitchcock could emulate Q’s invention of three scoring lines and one checking line if he wanted, tossing moldy and raw meat onto the ice to let Ott, Lapierre, Reaves, Colin Fraser, Paajarvi all to tug-of-war with it to see who gets on that last unit. Either way, it’s very deep.

Defense: I used to be kind of in awe of this unit, but not so much any more. It’s better than most, don’t mistake that. But it’s not quite as up to par as it gets credit for. The top pairing is very good, but Pietrangelo doesn’t really move as well as you’d like a genuine #1 d-man to do. The second pairing has Shattenkirk who is great when pointed forward but he gets awfully dizzy and sick when in his own end. I’m guessing he’ll eventually be paired with Carl Gunnarsson, and there’s really no way I can make fun of that Circus Bear-for-Gunnarsson trade because it’s an upgrade. Or Jordan Leopold can drown on the second pair with Gunnarsson trying to clean up the toxic waste Jackman leaves everywhere. There are some other whos-its here, but overall while it can keep most teams at bay, I just don’t see where this blue line is going to keep weapons-grade offenses like the Hawks or Kings or even Ducks and maybe even Dallas or Minnesota on good nights at bay over a series.

Goalies: They’ll tell you they’ve got it figured out now after they told us they did with Halak and then Ryan Miller. Brian Elliot’s numbers suggest that he should be able to handle everything, and then Slava Voynov’s Game 5 winner in 2013 will happen. Elliot is just good enough to break your heart. Jay Gallon has some real gaudy numbers out by the airport last year, and maybe he’s the real thing. The Blues really shouldn’t need a goalie to win them games, and yet the past three years they’ve watched them fall apart. Which is why I don’t think that defense is all that great, because their goalies have mattered way more for a team that supposedly takes him out of the equation.

Overall: Still a regular season monster, but as we know the Blues’ problems aren’t on a stat sheet but between the ears. In a world where even Darryl Sutter turned the Kings into something of a run-n-gun outfit, that’s what the Blues probably should be doing. But Pietrangelo is not Doughty or Keith, so they don’t have that drive from the back. They’re still dumb, and you still can’t guarantee that players like Oshie and Backes and others who have read their own press for a long time aren’t finally going to quit on Hitchcock. They threatened to at times last year. Still, if I had to bet I would say these are likely your division winners when Hossa and Toews and Kane and Keith stop caring about the regular season and start saving themselves for the playoffs. They can get past Minnesota’s or Dallas’s not-up-to-snuff blue lines, but looks like another meltdown on Madison for this crew. Though I’d really rather not go through it again if at all possible. 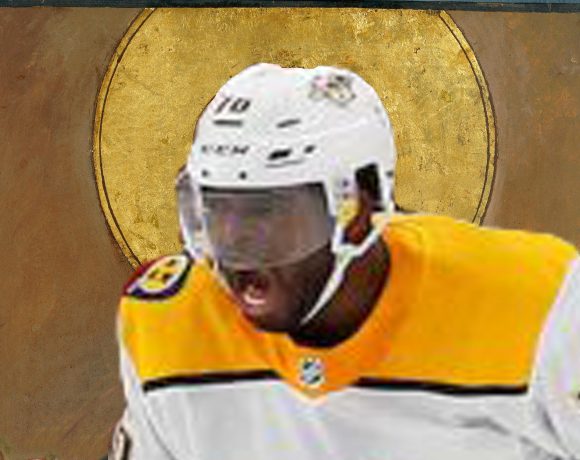