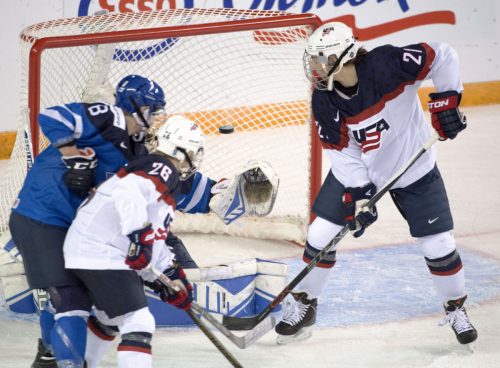 As you have probably seen today, the US Women’s National Hockey team has announced they’re going to boycott the upcoming World Championships due to a labor/pay dispute. We thought we’d check in with someone a little more plugged into things than we are, our friend Zoe at VictoryPress.org. Follow her on Twitter @Zoeclaire_

While I think most everyone can understand what’s going on here, what are the conditions the US Women play under now and what are they asking for from US Hockey?

– Their demands seem to be that they are asking for their costs to be covered to participate in USA Hockey events and also that USA Hockey spend the same amount of money on development for the women’s game as they spend on the men’s game, as well as paying them to develop/train as athletes.  Considering the high profile of the women’s team, their overall skill set and status as a perennial medal favorite in any international tournament in which they participate, this seems reasonable.

Some players receive small monthly stipends from USAH.  I don’t know how the money is divided but it’s certainly not enough to live on and most players have other ways of making income if they play for USAH.  Per the NYT, they receive “virtually nothing” in between Olympic residencies: https://www.nytimes.com/2017/03/15/sports/hockey/team-usa-women-boycott-world-championships.html?smid=tw-share&_r=2

Ok, the parameters of the US Women’s National team against US  Hockey are easy enough to understand. I want to get to the lower levels, which this also seems to involve. We know about the development team in Ann Arbor for boys, as many NHL-ers have come out of there. Is there not the same thing for girls? And even if there is, what’s the discrepancy like overall?

I do not know of a similar development program for girls; the NDP is strictly for boys’ U18s and U17s.  The girls have a U18 tournament as well but as far as I know they simply hold smaller camps when they can get the girls away from their high school teams.  The NDP plays a juniors-style schedule; there is nothing like that for girls’ hockey anywhere in the United States.  The girls’ program has U18 development camps, some of the 2017 schedule is available here: http://teamusa.usahockey.com/page/show/2429266-usa-hockey-girls-player-development-camps

It’s not as rigorous and they certainly don’t invest as much in the girls as they do the boys.  I think that is evident from the way the NDP is set up.

Do we have some idea of the pool of money US Hockey has? Because this is going to get into the same territory as the US Women’s soccer labor dispute as well, where we’re discussing TV and gate revenue from each World Cup and percentages. But obviously, US Hockey is holding something back here.

I don’t know anything about exact figures.  But, you’d think that they would have more money to spend on the women and sustain them as athletes given that senior-level men of potential Olympic caliber are either with the NHL or with an elite NCAA or Major Junior program and don’t require any financial support to, you know, survive.  I imagine more detailed numbers will be born out as part of this negotiation process.  You’d think that the NDP and the World Junior boys’ team would be the biggest financial obligations that USAH has, and what the team is citing is a fundamental discrepancy in investment.  They never budgeted for the women, so it’s as if they don’t exist.

We last talked about the NWHL and their salary cut. Is there some thought that if USA Hockey had to invest more money into their women’s teams, then they are also more greatly invested into the overall success of the women’s game and would have a vested interest in the success of a professional league? Are the two always going to be disconnected?

This is purely speculative but I think USAH might have an extremely outdated/underdeveloped idea of what it takes to become a more successful program internationally.  They’ve worked for so long operating on the assumption that they had to get players in and out of their program around NCAA eligibility.  The last two Olympics, the team was really, really, really young for Team USA.  A handful of veterans, sure, but still, a lot of youngsters.  The CWHL and NWHL have done so much in recent years to keep post-collegiate players in shape between the Olympics.  So yes–I think that developing players with the mindset that they might play longer than an NCAA career is important?

But, there’s really no analog for this.  USA Hockey and the NHL function pretty much independently of each other.  Hockey Canada’s relationship is much more involved, especially in terms of sanctioning and overseeing all of the minor leagues which are heavily scouted in Canada to begin feeding the CHL, which is so essential for NHL development.  USA Hockey is still really trying to compete internationally with Canada and it’s strange that so much of the highest level development of women’s hockey in the *world* is taking place in the NCAA with very little help, it seems, from USA Hockey.  I think the game would change in the states immensely if USAH took a more hands-on role with girls’ development because then the path to the NCAA could be more diversity-oriented and in a wider variety of places.  Right now, a lot of the best American players go to prep schools or hockey academies before joining an NCAA team in college, but those programs are expensive for schools to maintain, and that’s why there is such a huge diversity problem in hockey — because it’s so outrageously expensive to play, most of the kids who get access to it are the kids who are going to these expensive prep schools in the Midwest and Northeast.  These kids are overwhelmingly white and wealthy.  USAH’s role here ought to be to grow youth programs in every nook and cranny of the country and make it so the next generation of kids can access the game from outside of that system.  I think it’s by nature separate, and that’s a good thing, actually.  I almost feel like up until this point they’ve been trying to get away with doing as little as possible because there’s more old-school prestige in the men’s program, especially the men’s junior program.  A tale as old as time: you can get away with giving women short shrift.

Do we know how the US system compares to Canada’s and their treatment of the women’s team? Obviously slightly different given the popularity of the sport there but not wholly different either.

Per Cassie Campbell on Twitter today, Hockey Canada now negotiates with its players via an advisory committee called the Women’s High Performance Advisory Committee which consists of five players in the program.  They present a budget to Hockey Canada every year for the women’s development program.  As far as I know, USA Hockey has no such provision.  I threaded some sources on this matter here: https://twitter.com/zoeclaire_/status/842063954142736388

We're Going Out On That Dirty Boulevard: CI Roadwatch At A.J. Hudson's Thursday 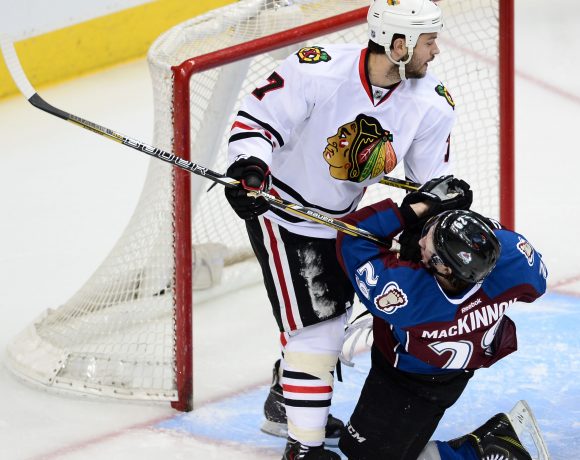 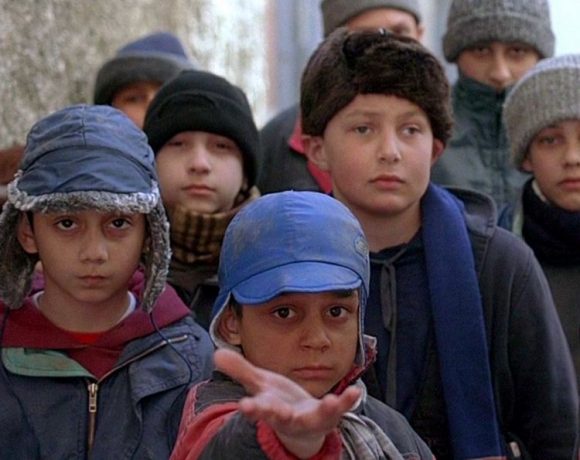