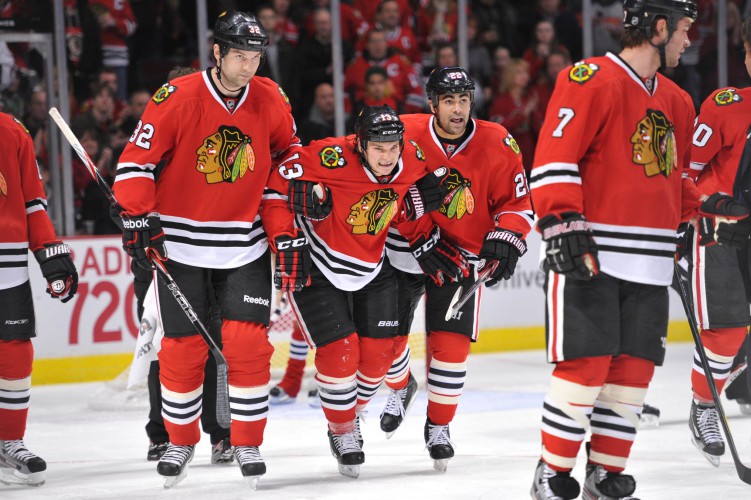 Well, Twitter started percolating a few hours ago, and now it’s official. Dan Carcillo — “Car Bomb” to some and “Gorilla Salad” to increasingly more — has been traded to the Los Angeles Kings for a conditional pick in 2015. I’m kind of  amazed that you can get a draft pick for Carcillo that comes before the Earth is hit by an asteroid, but here we are.

I suppose one mark of a good GM is being able to admit a mistake, while not having to do that too often. Gorilla Salad was a mistake that Stan Bowman made twice. I suppose originally I got the idea, because in theory Carcillo was the type of player the Hawks didn’t have. But it quickly became apparent that Carcillo didn’t really annoy anybody and Shaw eventually took that role. He didn’t enforce, only tried to injure through cheapshots, and eventually cut his first season short when he tried to maim Tom Gilbert into the end boards and blew out his knee in the process.

Maybe Bowman didn’t want to seem to callous by casting out a player on rehab, though he should have. He mysteriously re-signed Gorilla Salad for two years. But we should thank Daniel, because if he hadn’t gotten hurt in the season’s first game, would Brandon Saad ever have gotten to the top line? You forget that Quenneville needed Dan Carcillo — let me repeat: Dan Carcillo — to get hurt to figure out to skate Saad with Toews and Hossa. Sometimes everything goes your way.

What the Kings want with him, I have no idea. Maybe he fits more into their mold, as they’re nasty and don’t play as fast. Darryl Sutter won’t force him into the lineup I would think though, and Carcillo can be the 13th forward he has always been.

I’d like to believe that the shipping off of Carcillo is Bowman feeling his oats a bit and stripping Q of one of his more annoying toys. More likely, Bowman just wants Morin, Smith, and Pirri to play regularly and the numbers signaled there was no room for Carcillo. I still expect to see way more Brandon Bollig than I will be comfortable with. 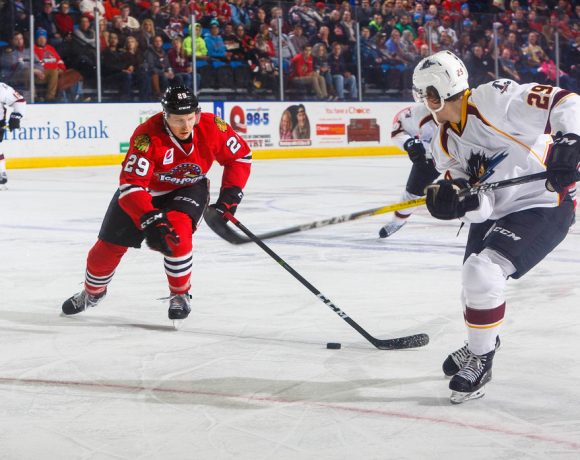 High On The Hog: Lights Out On The Pokka Party?

A Lion Doesn't Concern Himself With The Opinions Of Sheep – Flames vs Hawks Preview, Pregame Thread, Tae Bo Session