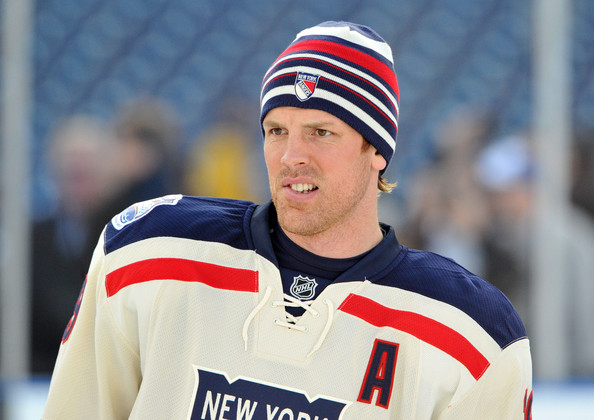 It’s been just about a week since the Hawks signed Brad Richards, and thanks to other commitments and the holiday I haven’t really had time to get in up to the elbow on what the Hawks have taken a flier on here. We’ve got time today. So roll up the sleeves, Hondo.

What they’ve gotten is clearly a player on the decline. Richards had 91 points with Dallas the year the Hawks won the Cup the firs time. He then went to 77, 66, a 60-point pace in the lockout year, and 51 points last year. So none of that is going to be encouraging, especially when he switched to the easier Eastern Conference and continued to put up less points.

Are there some mitigating factors? A few but hardly nothing major. He was bounced around the lineup a lot by John Tortorella, and Torts was allergic to offense. But the introduction of Alain Vigneault didn’t help much either.

Looking into the some of the fancier numbers, Richards was one of the better possession players on the Rangers, with a 54.1% Corsi percentage which was a +2.5% Corsi Relative for the Rangers. But again, mitigating factors. Richards started 66% of his shifts in the offensive zone. He ended 56% of his shifts there, but with that high of a number starting offensively there probably isn’t anywhere for it to go but down. Starting at the opposite end that much would have to lead to more shot attempts, as Richards was basically break even at the dot. So how much of a possession player he really is might be hard to decipher.

One of the narratives about the signing is that Richards will get to play with better players here. That’s true, but it wasn’t as if he was playing with mostly bums in New  York (except for the end there with Torts).

Last year, Richards saw most of his shifts with Carl Hagelin and Ryan Callahan, who were hardly idiots on the ice and in terms of possession. Are they Hossa and say Sharp? No, of course not. Callahan saw his possession numbers drop noticeably away from Richards, whereas Hagelin held steady. The previous season, Richards found himself with Marian Gaborik and Rick Nash for the most part, and though those names are impressive this was post-concussion Nash and achy-breaky Gaborik who had had it with Torts. But again, hardly black holes when it comes to possession or skill. And Richards’s slide continued.

Richards did see the second hardest competition among Rangers centers behind Derek Stepan, which is not something he’ll have to worry about here. He also didn’t have Stepan’s quality of teammates, though he got the honey zone starts.

The vision of Richards here is that he will take the hammock shifts, i.e. the easiest competition and the most offensive zone starts as Toews, Kruger, Smith, Regin, or whoever else take the harder assignments. This idea probably goes out the window when Teuvo announces himself ready, whenever that might be, because he will require the hammock shifts (unless he comes up as a wing, and that’s another logjam headache). But we’ll worry about that then. The problem here is that Richards kind of already got those shifts in New York, at least with the zone starts. It still led to his fifth straight season of declining production. Maybe the balancing of easier competition and better teammates (to whatever degree it actually ends up being) can arrest that slide. I’m not sure and I don’t think anyone is.

What Hawks fans have to hope for is that Richards does act as the bridge for Teuvo, and that bridge only extends through February. Because Richards got crushed in the playoffs, and it wasn’t just the Final against Los Angeles. Richards ran a 44% Corsi for the entire Rangers’ run, and that came while starting 58% of his shifts in the offensive zone.

Broken down by series, Richards was a 51% Corsi player in the Flyers series, a 43% in the Penguins series, and a 45% in the Canadiens series. It’s best if you don’t look at the Kings series, as your eyes might vomit. Again, Richards saw the second toughest level of competition in the playoffs behind Stepan, something he won’t do here. But you’ll probably feel better if he’s not taking any important shifts when April comes around, which is kind of my hunch how it will go.

One aspect that should be watched is that Richards has QB-ed a power play for pretty much his entire career. Likely, Q will have him work a half-wall here, but that really shouldn’t be the case. Ideally, at least in my world, is that Richards runs one unit and Leddy the other, which would allow Duncan Keith to play three-four minutes less per game. That could be immeasurable when it gets late in the year in playoffs. But would Keith stand for the drop in points from not being on the power play?

Trying To Find A Balance – Wild vs. Hawks Preview, Daylight Savings Spring Ahead 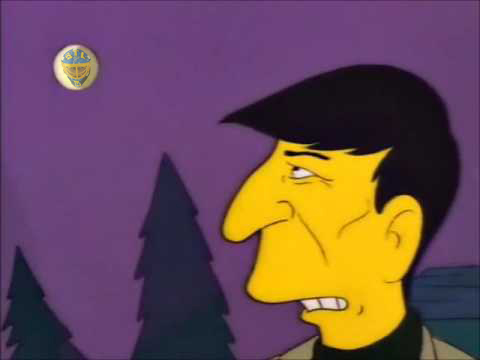