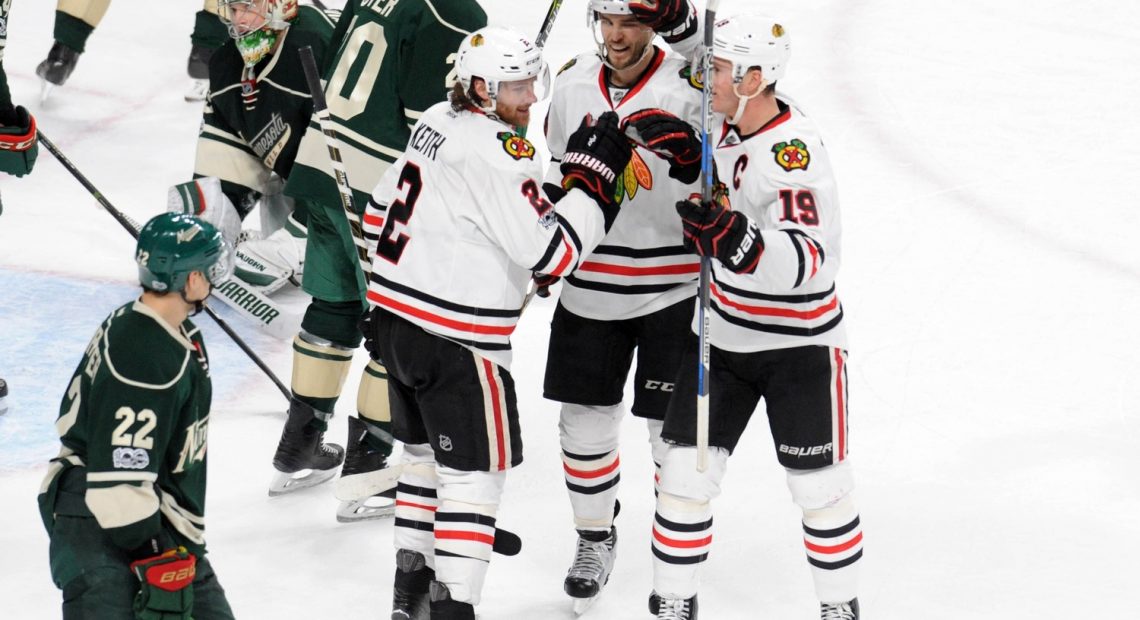 I guess it depends on what you wanted out of this game to define whether it matters or not. If it was a hope that the Hawks could get back in a race for the division, this probably wasn’t it. Gaining one point, leaving with a five-point gap and the Wild have three games in hand still makes your prospects awfully dark. Maybe if the Hawks take the two remaining games with the Wild in regulation we can talk, but a lot can happen between now and the season series being wrapped up.

If you’re looking for signs of improvement in the Hawks in a game they at least said they were taking more seriously than they normally would in the doldrums of February, well you could find things. Toews’s line looked spritely, Crawford had a performance out of earlier in the season, and the kids looked dangerous at times. So if you just look at that, you can feel pretty good.

And if you’re looking for moral victories because the Hawks won on a power play in gimmick overtime… well then you’re a lost soul who simply hasn’t been paying attention. Because there is no such thing.

The first two periods were a pretty fair example of why the Wild, and other teams that are loaded with speed on all four lines, have given the Hawks such trouble the past two years. Their backcheck doesn’t matter. The Hawks can’t squeeze them into their d-men who are then comfortable stepping up at the line to try and stop the play right there. Combine that with the Wild having a bunch of nifty, skilled forwards who can make quick passes past F3, or the last Hawks forward in the offensive zone, and this is why you saw the Wild having all the time in the world to go outside the Hawks blue liners. And with their speed, the Wild are going to make things happen when they get to the outside. The Hawks are comfortable directing players there, because they figure Crow will stop those shots. He whiffed on one, which let the Wild back into the game. He made up for it by not giving up five in the second, which he easily could have.

The Hawks were actually pretty terrible at both blue lines in the first 40 minutes. They couldn’t get a clean entry to save their lives and the Wild were pouring over theirs like Crazy Horse chasing Custer. They were able to capitalize on the few looks they got, because that’s what they’ve been doing all season.

-The first goal is what will be remembered as a classic Hawks goal from this era, and something they haven’t been able to do enough. Keith is able to to step up at his line thanks to the back pressure from Kero, causing a turnover right to Hinostroza. This is when the Hawks can catch opponents unprepared. Stroh’s and Hartmania can streak down at least even or on an odd-man. All it takes then is one bad gap, and boom. We just don’t see this enough.

-On the flip side, while Hammer did get interfered with before the tying goal, Keith getting rounded to the outside and then not cutting off the pass to the middle is something we’ve seen far too much this season. Anisimov not being able to keep up with Haula is hardly a surprise.

-You know this meant a little something to Boudreau because he actually matched lines this time, even if he did throw out Kuemper as a sort of wink to everyone. Koivu was taken away from Toews, who he inhaled whole here in Chicago and then spit back out again, and tacked to Anisimov. Koivu kept that line quiet, with the help of Spurgeon and Suter behind. But it let Toews have one of his better games. If these two should tango in May, this is what Boudreau will have to decide and will probably fuck up. Koivu has been a hinderance to Toews his entire career, and you probably don’t have to throw your best line at Anisimov to expose him. Just a good line. Staal or Coyle might be enough.

-There was a lot of ire being thrown at Seabrook for his penalty, but there’s so little he can do. Campbell can’t really get his shot blocked there, and Stewart was moving when Seabs wasn’t. Happens.

-That said, Campbell and TVR had a near 70% share, which is bewildering even if it did include two heinous TVR turnovers.

-Oh yeah, that offsides call. I mean, I don’t know what I can add to it. Everyone knows it’s egregious, and even when Coyle touches the puck Parise is still in the zone. The offside challenge rule is stupid for so many reasons, and in fact the challenge system in any sport is pretty dumb. These players and coaches have enough to worry about without having to administer the rules themselves. We can get into it another time, but that’s just about the worst I’ve seen.

Feels better to win, no matter how it comes about. Does it mean much? No, probably not. And we’re unlikely to remember this one in the spring. If it’s going to mean anything, the Hawks have to finish this trip strong in two places that have not been friendly to them in the past. 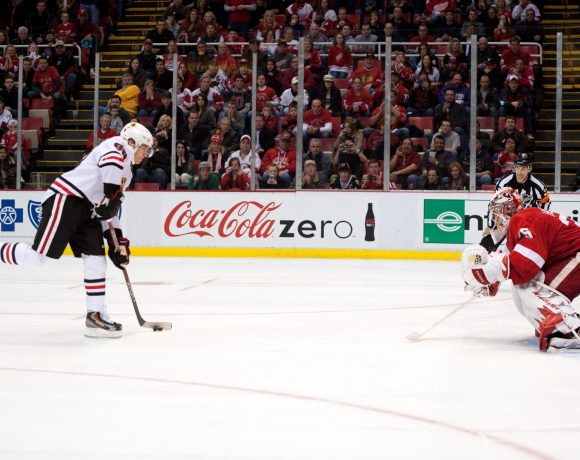