Now that we’re into the dead period of the NHL’s offseason, I have a lot of time to get lost in my own head. And I’m wondering when the day will come when we’ll see the NHL’s PED crisis.

It’s funny, because the NHL and NBA are the two leagues that haven’t really suffered any sort of stain from the idea of athletes taking things (though I guess in the NBA a bong can’t be considered performance-enhancing). Because Bettman is Stern’s progeny, I suppose he has the same playbook on how to duck it. We don’t care about PEDs in football, but I’ve never really understood that debate, and here’s why.

Baseball fans, or actually more to the point Bud Selig, get all ruffled-underwear when it comes to HGH and other PEDs, because the numbers in baseball mean so much. That’s because baseball is an individual sport disguised as a team sport, and we can use those numbers to tell most if not all the story. We identify a lot of baseball’s history through the numbers .406, 62, 31 wins, 1.12, and so on.

We don’t care in football, and I suppose hockey too, because we want the biggest and fastest possible and don’t really care how they get there. But isn’t it worse to have artificially enhanced athletes to unnatural states when they can actually injure other players with their fraudulently-acquired strength and speed? Instead of just passing by some number in a statistical category? Why do we get more upset about 70 homers than we do about some roid-rage filled science experiment crashing into our star running back or right wing and ending his season? Which is the more important?

To think that hockey players are different would just be folly, just as it’s always been in other categories. And yet I don’t ever remember a suspension or even a discussion of testing. Sure, the use of Sudafed has been lessened, and you hear about this in Olympic years when we know that players are going to be heavily tested IOC. That net has never dragged anybody up, but is that because they’re just off of whatever for that year or they’re all totally clean?

I find that hard to believe. It’s out there somewhere. The training has gotten so advanced in hockey now, are we really supposed to believe there’s no offseason trainer showing his clients something new? Or are we supposed to believe that the NHL’s testing is just that advanced? This is the NHL, they can’t even put out a full product for 8 consecutive seasons. But they have an advanced drug-testing program?

The NBA is in the same boat, and you wonder when it’s coming for them too. Maybe the NHL is at least aware enough to know it can’t have more bad publicity, and all of this is either ignored or swept under the rug. I doubt it has anything to do with a higher level of principles amongst hockey players.

But at some point, and probably soon, there’s going to be a name linked to something like Biogenesis. It just has to. When it is, I just hope that’s not the sound of the dam breaking. I hope the NHL is prepared if it is. I hope, but I don’t think it is. 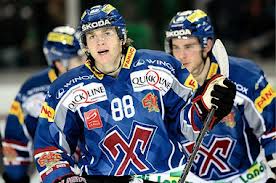 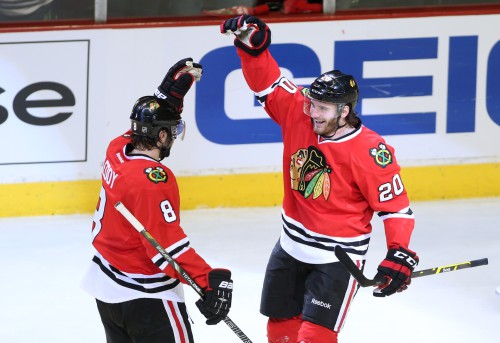