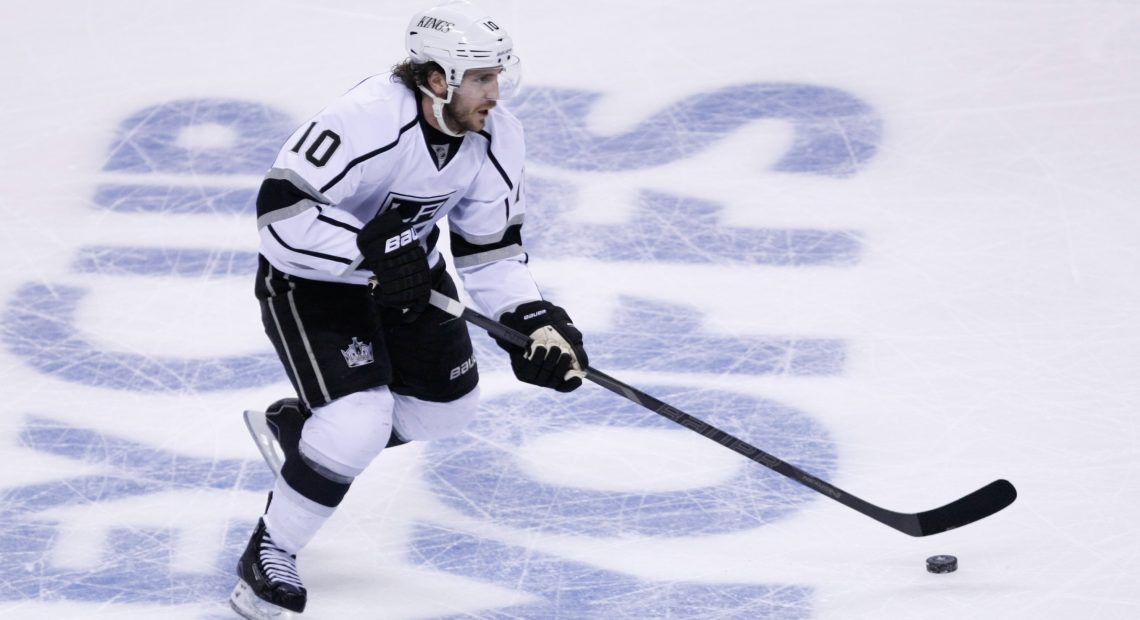 For the last two straight seasons, the Stanley Cup champion has been able to emerge with the chalice in spite of the fact that their respective power plays bordered on abominable. In 2011, the Bruins were able to withstand having an only 11.4% conversion rate on the advantage, and last year’s Kings were only marginally better at 12.8%, both historically bad percentages. And unfortunately for the Blackhawks, this year’s Kings don’t appear to be tempting fate by trying the same method that had worked the previous two seasons.

To this point this post season, the Kings’ power play has significantly improved over last year’s squad, which many will attribute to the jettisoning of assistant Jamie Kompon, who oversaw the power play. Say, I wonder where he ended up?

The Kings have been converting on 20% of their opportunities, with 7 power play goals scored in 13 games, on 35 opportunities, which is the fewest number of tries for any of the four remaining teams. They’ve allowed one shorthanded goal against, which was Jonathan Quick’s behind-the-net boner in overtime of game one against the Blues.  This maintains pretty much the exact clip that the team had during the regular season, which was 19.9%, scoring 33 times in 166 opportunties (10th most tries in the league).

Individually, Mike Richards and Jeff Carter have been the Kings most productive for them on the power play, with Richards posting 1G and 3A, and Carter with 1G and 2A. Anze Kopitar has three helpers on the advantage without a goal to his name, and Dustin Brown has two power play goals as well. So they’re getting a fairly even amount of contribution from the players they need it from, consistent with the levels they’ve been used to from the regular season. And while these numbers are all quite modest, this is still a quantum leap compared to what they got out of them a year ago.

Structurally, the top unit consists of Kopitar at center flanked by Brown and Carter, with Doughty and Richards at the points in an umbrella setup. The play is quarterbacked by Doughty, who’s capable of getting his own shot through, or sliding the puck to Richards, who scored twice from the left point against the Hawks at the United Center in the late goings of the Hawks’ victory.  Doughty is extremely deft at drifting to the middle of the ice either forwards or backwards with the puck to send low shots through for redirections by a flailing Dustin Brown. Should those shots not be available, Anze Kopitar usually receives the puck in the corner, and works things back up to the half wall or along the goal line, with Jeff Carter’s quick release ghosting into space for backdoor passes.

The Kings’ second unit has been in a bit of a state of flux since Jarret Stoll was felled by infectious human waste Raffi Torres, as Stoll’s skill at the dot as well has his bazooka of a right-handed slap shot are sorely missed, with Trevor Lewis manning the center position in his stead. Depending on how much he’s pissed Darryl Sutter off, Dustin Penner will move toward the front of the net as if there was a huge platter of turkey legs there for just him, and Justin Williams’ acting as the trigger man of the forward corps. With Stoll out, both Slava Voynov and Jake Muzzin will get opportunities to man points, with Voynov always looking to creep into the play when he’s on the weak side away from the puck.

The song remains the same against the Kings for all the success the Hawks’ penalty kill has had to this point in the post season. By design the Hawk defensemen will not engage in Brown or Penner’s bullshit in front, instead hoping to keep things on the perimeter by collapsing into the middle as a four man unit. But the PK has yet to deal with a defenseman as mobile as Doughty (due to Ryan Suter inexplicably standing still for two minutes at a time), so finally fronting a point man more aggressively might be born out of necessity. And as long as Stoll is out of the lineup, the Hawks at least have a fighter’s chance of winning the draws necessary to clear the puck and force the Kings to move a full 200 feet. And of course, the Hawks cutting down on their league leading short-handed time to this point would certainly serve them well in spite of the fact that the Kings power play hasn’t been razing villages.

The reason that the Kings were able to win a Cup with a putrid power play last season was that their penalty kill was absolutely lights out. In 20 games, they only allowed 6 goals on 76 opportunities while scoring 5 shorthanded goals of their own. It’s pretty fair to say that only allowing a net of one power play goal against in an entire post season can get some names engraved in silver. This regular season, the Kings’ PK was still in the top 10 with a respectable 83.2%, though much of that stat line was marred by Jonathan Quick’s early season struggles returning from surgery.

To this point this year, however, the Kings have already allowed just as many power play goals against (6 in 43 times shorthanded), with no shorties to buoy that number. That number of 43 times shorthanded is also worst among teams remaining in the post season, though the Hawks still have spent more net time shorthanded (as a function of all but one penalty utilizing it’s full time, and the one PP goal allowed came with one second left).

Once again Jarret Stoll’s absence has been felt on this unit, as his ability to win a draw is even more important than on the power play, with the Kings yielding 4 power play goals to the Sharks without him in the lineup. Granted, the Sharks power play was a thunderbolt from Mt. Olympus in the first round and had far more skill than the Blues team the Kings faced in the first round, but Stoll is still a vital cog in the King PK.

By the numbers, the Kings’ most efficient penalty killers among those that see more than one full minute of shorthanded time per game are Trevor Lewis, Jeff Carter, and Brad Richardson, none of whom have been on the ice for a power play goal against to this point. Conversely, among players of those same criteria, Robyn Regehr has been on the ice for four power play goals against, Dustin Brown and Anze Kopitar 3 each. Pro rated, that gives each of them a goals against average of over 9 per every 60 shorthanded minutes played. Contrast that with their regular seasons, where all three were in the 6.xx range, wholly respectable numbers.

Though the Hawk power play did have some spasms of competence in the latter stages of the second round against Scum, by and large the unit is still fucking clown shoes. And any fuck ups at the blue line can head the other way in a hurry, as Richards, Carter, Kopitar, and Brown are all more than capable of taking off to the races at the slightest bounce, especially if Duncan Keith or Nick Leddy are on an island at the top of the umbrella. Furthermore, the road graters of Matt Greene, Rob Scuderi, and at least the efforts of Robyn Regehr will pull out all kinds of nasty physical tactics to keep the Hawks from getting the necessary traffic in front of Jonathan Quick for him to lose sight of the puck. Movement and shot bias are going to be even more important in this series given Quick’s ability and the possibility of a shorthanded rush against. Not to mention the fact that the Hawks will have to capitalize on the chances they’re given as a means of heading off the physicality the Kings are sure to try to impose against them. 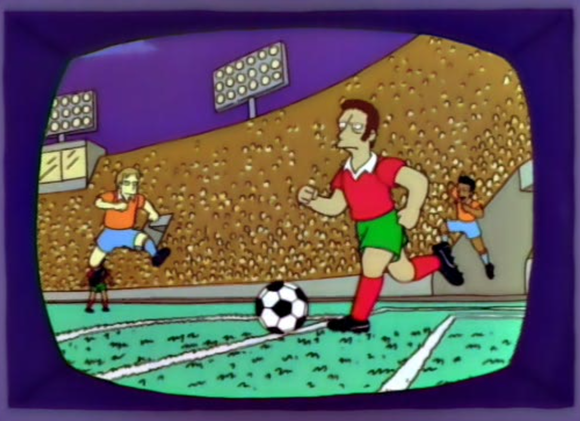