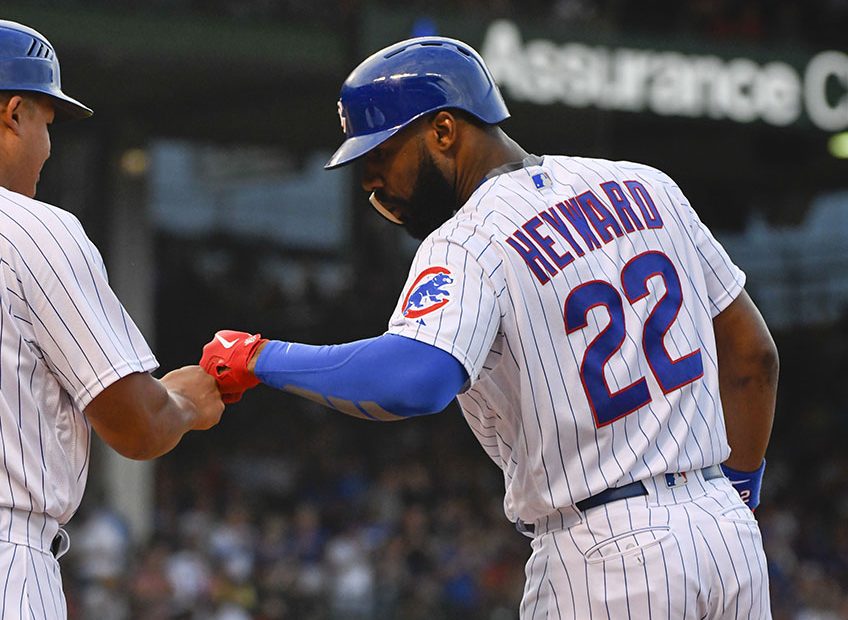 It says something, though I’m not sure what, that in a winter when the Cubs main objective was to lower their payroll there was barely a whisper about moving Jason Heyward. After all, there can’t be a player who’s had more of a disconnect between his production and his paycheck. But some of that view of his production is skewed, by fans and by other teams. Some of it is use. Some of it is that Heyward has been such a mensch even while struggling that some people don’t want to say anything bad. Let’s see if we can’t cut through to the truth and what Heyward can be in 2020.

Heyward’s 2019 numbers are tempting to reduce to this: .264/.365/.456 for a 115 wRC+. That’s his marks against right-handers only. It’s not dominant, but it’s more than useful. Heyward’s inclusion against lefties was partly down to the failures of others (Almora, Happ for the first four months), and maybe that won’t be necessary now. His defensive mark, the first negative of his career, was due to having to play center more often than ever before in Chicago. Again, that shouldn’t have to happen this year, but still could. Perhaps no player’s worth is going to be more determined by how he’s used, and how he has to be used, than J-Hey’s.

YES! YES! YES!: The optimal outcome is that Happ and Almora and Souza keep Heyward’s appearances against lefties to a minimum. Perhaps this is where the new three-batter rule comes into effect for Heyward, as there will be less and less LOOGYs around to ruin his last one or two ABs of a game. I suppose lineup construction would also come into this, where if Heyward were surrounded by righties it would be even harder to get lefties out of the pen to him. The make-up of the Cubs likely everyday lineup seems to make this likely. He could hit 9th with Bryant behind him, or between Contreras and Bote/Hoerner/whoever in the sixth spot.

Heyward’s production against righties has improved every year he’s been a Cub — 75, 94, 100, and 115 wRC+ marks. I don’t know that he can get up much higher than last year’s, but given his contact-type numbers last year you could also safely say it won’t sink too much either. Meanwhile, his four seasons here have never seen him be any good against lefties, so the Cubs should try and write off that possibility as much as they can.

His defense isn’t as much as a given. Even in just right field, his UZR and UZR/150 has dropped every season he’s been here, and at 31 in August he just isn’t going to be able to patrol center regularly (few in their 30s can, is what we’re learning. That doesn’t mean Cubs fans should expect him to look like Castellanos’s “Attacked By Bees” style out there in 2020, and maybe losing the wear and tear of starts in center helps a bit. He’ll still be a plus out there, he just might not be a force there anymore.

YOU’RE A B+ PLAYER: Again, this has more to do with what goes on around Heyward than himself. If Happ and/or Almora fall on their face again, he’ll have to play more center than is ideal. If Souza can’t form a decent platoon with him in right, he’ll have to play against lefties more often. While he’s only 30 right now, this is still Heyward’s 11th season, and those miles pile up. Restricting his workload a bit is probably key to keeping him fresh and spritely when he is playing. All of these are also dependent on everyone’s health. One injury in the outfield and the Cubs will have someone doing things that are going to be a bit out of water for them–Souza every day, or Almora every day, or Heyward every day and in center. Any of these things weaken the Cubs’ bottom of the order in a hurry, and their outfield defense. And the Cubs don’t have that margin for error.

Dragon or Fickle?: It’s always a bad idea to predict health for a team, especially when Souza has a bionic leg already. An injury or missed time for Souza the Cubs could probably deal with by having Happ slide to right and Almora in center against lefties. Anyone else and it gets tricky. But that’s what the Cubs are counting on.

If they get it, then Heyward will be the solid player he’s been the past two seasons. Reduced time means that 2.0 fWAR is probably what you’re looking at if everything goes well, along with the slowly declining defense (should be noted Statcast still likes Heyward defensively a lot). And you could certainly do a whole lot worse than that.

And hey, if it works, maybe you open up a market for him next winter to avoid having to trade players that are more important. But let’s run that kitten over when we get to it.

Tags: Chicago Cubs it's not so bad Jason Heyward 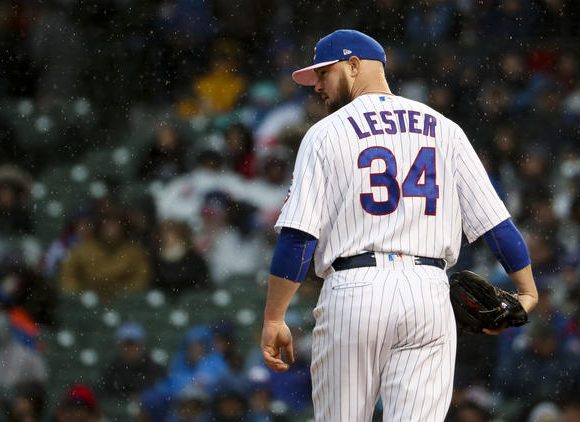 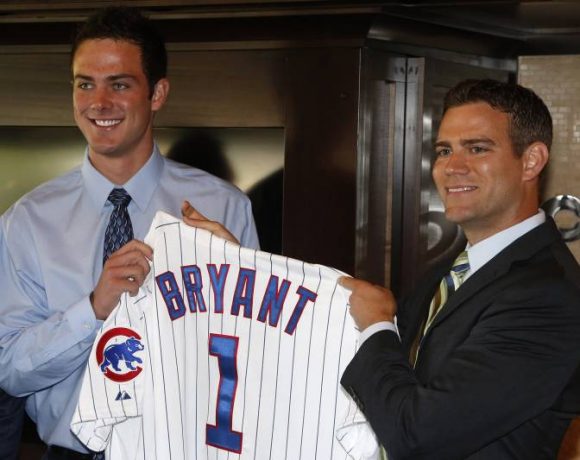