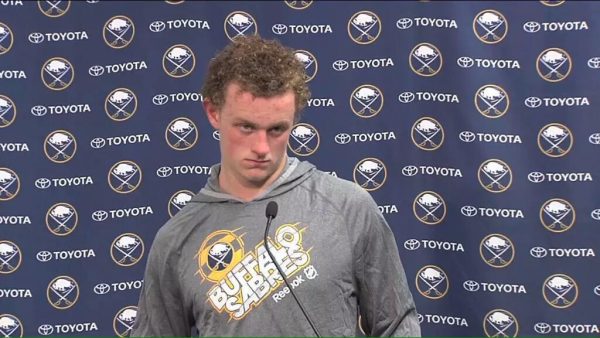 They have lots of young talent! They just need time to develop! They’re going to finally make the postseason again! Management is getting its shit together, for real! You’d be forgiven for thinking that we’re talking about the White Sox, but lo, it is the Buffalo Sabres who seemingly every year are on the verge of great things only to see it go down in flames. After a truly ugly spectacle last year in the second half, they’ve brought in new coach Ralph Krueger who, despite having a name that makes him sound like an insurance salesman from Toledo, is actually NOT part of the clique of crusty old white men from which NHL GMs and coaches are typically drawn. So they say it’s really going to be different this time, but I think we’ve heard this song before…

All of this is to say that both of these guys are middling goalies, which won’t kill you every night if the young, snazzy defense can play well in front of them, but it means they also can’t be relied upon to win it for you if the defense shits the bed at times, nor can they be counted on to steal a few games. The Sabres have prospect Ukko-Pekka Luukonen—easily in the running for best name in the league—but he’s out with a hip injury so by the time they bring him up, if in fact he can play at the NHL level, it may be too late.

Defense: On the other hand, the defense should be a relative strength for Buffalo. The top pairing is, for now, the Rasmuses (Rasmusi?), Dahlin and Ristolainen. However, Ristolainen wants out and could be a valuable trade piece for greater forward depth (more on that later). If he’s moved out, Brandon Montour could move to the first pairing. Dahlin should continue building on a solid year (was 4th on the team in points, and the only guys beating him in possession numbers all played fewer than 35 games). Either Ristolainen or Montour, who himself should have a strong year now that he’s fully out of the Anaheim shitstorm, would make a decent partner.

Otherwise, Montour may pair with Jack McCabe. Or, Colin Miller may jump to the first pairing and then it’s Montour and McCabe on the second. None of which is terrible. And, we’ll probably see our almost-special-boy Henri Jokiharju somewhere, likely on the 3rd pairing. Yes, I’m just assuming Harju makes the lineup over Marco Scandella, although Casey Nelson could figure in as well, depending on if they want to play him and/or Harju on their off side.

Forwards: As is the style of the time, the Sabres have a top line and little else. However, it is an enviable top line, don’t get me wrong, of Jeff Skinner, Jack Eichel, and Sam Reinhart. Like their other prodigy Dahlin, Eichel should just have more good days ahead. Last year was a career year for him with 82 points (which led the team), with Skinner and Reinhart right behind him.

Beyond that it gets a little dicey. Casey Mittelstadt needs to learn how not to suck, and if he can’t there’s an outside chance he’ll lose the 2C spot to recently drafted Dylan Cozens. However, that assumes Cozens makes huge strides really quickly, and that his thumb injury isn’t an issue (but at that age would a damn thumb really not heal? Come on). Conor Sheary and Marcus Johansson could finish out that second line, but after that, as is so often the case, there’s no depth. Do Evan Rodrigues and Jimmy Vesey do anything for you? How about Johan Larsson or Kyle Okposo? I didn’t think so. Their fourth line of Zemgus Girgensons (who is not a character from Lord of the Rings?), Larsson and Okposo might be the fourth-liniest line ever. Prospect Arttu Ruostalainen may be able to help with the depth issue, but again, that’s assuming a young guy in Europe can make the jump to the top club right away. Or maybe they can get something for the aforementioned Ristolainen—you’d have to think forward depth would be their asking price. But, it’s a lot of ifs.

Prediction: The Sabres likely won’t be the trainwreck we saw at the end of last year, but it’s doubtful they’ll be a playoff team either. If everything, literally everything, goes right, they finish with about 85-90 points—closer to 80 if not everything goes right. Maybe just maybe they take 4th in the Atlantic? It seems unlikely unless Montreal regresses and Florida fails to make a leap forward. But, spoken like a true Sox fan, even if they don’t make the postseason, they should still see a lot of improvement and maybe a faint light at the end of that tunnel.

Tags: been here before will be here again Buffalo Sabres Jack Eichel NHL team previews too many Rasmuses 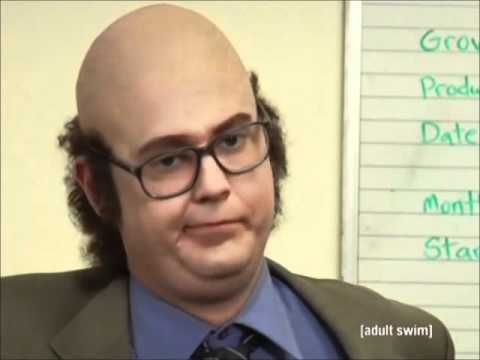 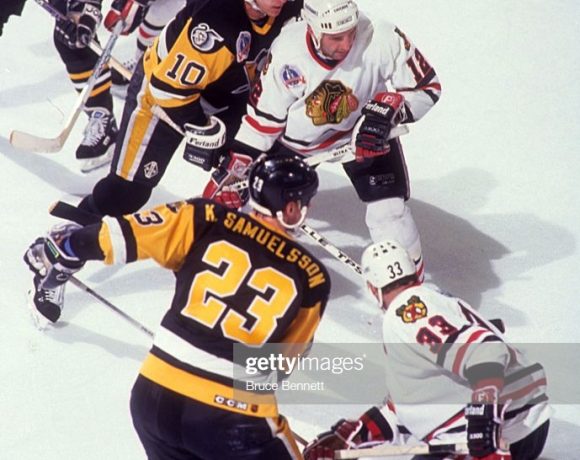