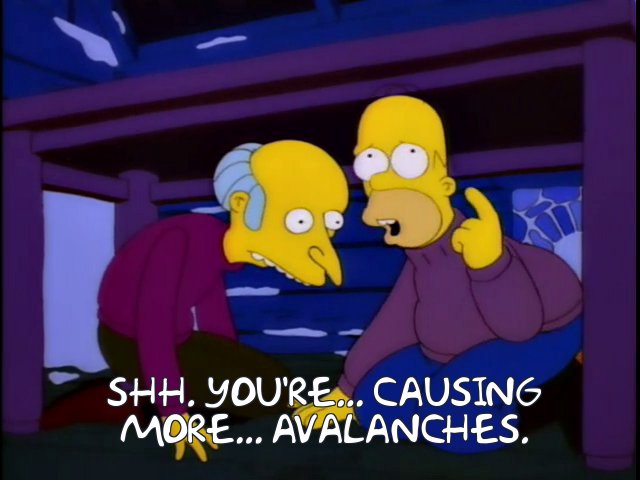 There probably isn’t a team that will be checked in on Gamecenter by non-partisans more than the Colorado Avalanche. After sneaking into the playoffs and then pulling out the Flames’ organs one-by-one in alphabetical order before giving the Sharks everything they wanted, the Avs have added a genuine center and are going to have a full season of Cale Makar. But they’ve also lost Tyson Barrie, and Bowen Byram won’t get his audition until at least March or April, though likely next season. They seem poised to rise among the top of the Central. But are they?

Goalies: Once again the reins will be handed to Phillip Grubauer, only this time the Avs are a little more sure of what they have. The first half of last year saw both Grubs and the now-departed Semyon Varlamov stake a claim to the job, and then hand it back about seven minutes later to the other one, and then the whole cycle would start all over again. But the second half saw Grubauer take the job by the throat and keep it. Grubs went .929 in February, .955 in March, .937 in April, and a .925 in the playoffs. It’s what the Avs had wanted from the get-go, and had they gotten it they wouldn’t have been messing around with the rabble like the Hawks until the season’s final week.

He’d better be good and healthy, because his backup is some Vaudevillian named Pavel Francouz, which is clearly a mash-up of the things the unwashed hate most to make a cartoon villain, and that’s the French and Russians. This sounds like something out of Bullwinkle. Needless to say, the Avs do not want to have to be counting on a 29-year-old journeyman with two games in the NHL for any length of time. It’s Grubauer, live without a net!

Defense: The headline here is a full season of Cale Makar, who stepped into the playoffs for the Avs and not only didn’t look out of place but ran the show at parts. He was clearly college hockey’s best player and the mind reels at what he can do behind MacKinnon’s line. Still, it’s a lot to ask for a rookie d-man to come in and dominate from jump street, so at least at the start of the season he’ll be sheltered somewhat with Golf Cart Titan Erik Johnson and others taking the more dungeon shifts.

And after the way it’s shaken out, this actually isn’t that impressive of a unit. There was a moment when they looked like they would roll with Barrie, Makar, and Byram on three different pairs to be able to push the play every minute of every game. Well, Barrie went to Toronto and Byram didn’t make the team, so now it’s only Makar as a genuine puck-mover here. That’s never been Erik Johnson’s game. Maybe Samuel Girard has more to show in that category, but it doesn’t really look like his game either.Maybe you keep Makar and Mac K separate and let the latter do it himself for the 20-25 he’s on the ice anyway. Maybe fellow neophyte Connor Timmins has it in him from a third-pairing spot? We know for sure it ain’t Ian Cole (bay-bay!).

This outfit could have had a lot of verve. Now it really doesn’t. Feels like they missed out on something here.

Forwards: But I can’t argue with the Tyson Barrie trade too much, because it brought back Nazem Kadri who is just about perfect for this team. Yes, he’s a raging penis at times who is a danger to himself and his team at his worst moments. He’s also a unique center in that he can take on the toughest assignments while still scoring 50-60 points. The Avs had nothing behind Mac K last year down the middle, and now they have one of the rare Swiss Army knives in the league.

That should leave Tyson Jost with some of the cushier shifts around, which he’ll need to produce more than the 25-odd points he got last year. They’ve also brought in Andre Burakovsky and Joonas Donskoi to try and bolster the support scoring, which they were badly in need of. Donskoi always seemed like he flattered to deceive in San Jose, and probably isn’t much more than a water-carrier. Still, they bolster the ranks.

J.T. Compher will still score 17 goals against the Hawks this year.

As always, it’ll come down to just how much of a star destroyer the top line can be, and they just brought Mikko Rantanen back into the fold for a cool $9.25M per year (Alex DeBrincat just passed out). They were among, if not the, best lines in hockey last year and there’s no reason to think they can’t match that. MacKinnon will benefit from having Kadri around to take the other teams’ top lines on, so he could produce even more if you can believe it. As if the 99 points last year weren’t enough or something.

The Avs will remain top-heavy, but not quite as much as they were. ;

Prediction: Even with just a full year of Grubauer playing well, this team would move on from the 90 points it delivered last season. I’m skeptical of the defense but if they can find someone other than Makar to move the play, they should be fine. Otherwise they’re basically what they were last year in this spot. Kadri is a big boost, and if a youngster like Jost pops or they can shake something out of Burakovsky the Caps never could, so much the better. They could have three lines instead of one and a half. Are they ready to roll out of the West? That might be a bridge too far, but then again the West doesn’t have an overwhelming favorite anymore. And the Central has its own issues. Easily can see them at least asking questions about winning the division.