You Share The Same Fate As The People You Hate – ’18-’19 Team Previews: Pittsburgh Penguins

It’s kind of startling how quickly you can become an afterthought in the NHL. We’re only a year removed from the Pittsburgh Penguins being two-time defending champs (clap for them) and at times looking like a third was a distinct possibility. But when you finally succumb to the fatigue and your long-time plaything in the Capitals, suddenly no one remembers your name. Despite them still having perhaps two of the best five centers of all-time, a goalie with two rings, a consistent 30-goals scorer on the third fucking line, and quite possibly the best center-depth in the East.

It’s a strange world, this.

And yet, because it’s kind of the same team that didn’t get it done last year, with a much worse player in defense which we’ll get to, it’s whole “You’re Falling Behind If You’re Standing Still” thing. Let’s run it through.

Goalies: Here’s something strange to say about a goalie with two Cup runs under his belt: We still don’t know what Matt Murray is. That’s because we only have two regular seasons to deal with, and even in both of those injuries limited him to just 49 games in each. Two years ago he was really damn good. Last year he was very much not. How do you know where to go with that?

Of course, a young goalie having a rough sophomore year is no obstacle to eventual greatness, as every Blackhawks fans should be able to tell you now. And much like football and its quarterbacks, it’s a real advantage if you can have a young, really good goalie for cheap because that’s money you can spend elsewhere before the bill comes due for what’s between the pipes (and one day, goalies are going to get paid market value and there will be several making over $10 million, because they’re that important).

We know Murray is fragile, but beyond that we’re just going to have to find out. We know that there’s greatness in there somewhere, and inconsistency in there as well. As a goalie who can rely on his athleticism too much and end up somewhere near the parking lot sometimes, he’s still learning his angles and anticipation. Sadly, it doesn’t look like he’ll get much help from his defense this time around.

Backing him up is Tristan Jarry, who was basically “there” as a backup last year. Let’s just say if Murray turns out to be Ondrej Pavelec more than Carey Price, the Penguins are going to be pissing up a rope (the only actual good Ween song and go fuck yourself).

Defense: WHY DOES ANYONE EVER THINK JACK JOHNSON IS GOOD HE MOST CERTAINLY IS NOT PLEASE STOP DOING THIS TO YOUR FANS AND TEAM AND REALLY SOCIETY!!!

The Penguins signed Jack Johnson this summer, because they thought he was the guitarist, or because the concise rhythm of his name makes you think he’s good, or you’re actually thinking of the boxer, or you think d-men with big, round, dumb faces have to be good even though Braydon Coburn has been disproving that for nigh-on eight years now. Not only that, they gave this dipshit $3.2 million until he’s 36, even though he’s bad and slow and dumb now. And he’s going to have to take second-pairing minutes while Justin Schultz looks at him quizzically. It’s important to note that Justin Schultz looks at everyone quizzically, because that’s just his face.

It’s even stranger because the Pens had their big, dumb face quota filled on the blue line by another overrated, slow player in Olli Maatta, who I guess will be restricted to only third-pairing assignments, something he’s proven he can handle but that’s it. They think they’ve unearthed something in Jamie Oleksiak. They haven’t.

Which once again means Brian Dumoulin and Kris Letang, for the four minutes something hasn’t fallen off of him, are going to have to shoulder the load in every possible situation. They’ve done it before I guess, but Letang is now 31 with an awful lot of miles and an awful lot of ailments and one wonders when all the king’s horses and all the king’s men are going to arrive and pronounce him DOA. This is clearly the Penguins’ weakness. And they weren’t a good defensive team last year and have added Jack Fucking Johnson. Then again, they weren’t really a good defensive team two years ago and won the damn thing.

Forwards: The Penguins can get away with a lot of things most teams can’t at the same time because for two-thirds of any game they can throw out Sidney Crosby or Evgeni Malkin. It’s just that simple. That’s 180 points right there, easy. They’re still here, they’re still really good, and as long as that’s the case it’s nearly impossible for the Penguins to be bad.

They’re still accompanied by a host of forwards we can’t be sure are any good but are smart enough to be where Malkin and Crosby need them, otherwise known as “The Marchand Method.” Jake Guentzel scores, I don’t know he does anything else. Bryan Rust is another. Dominik Simon joins the ranks. Carl Hagelin is really fast, and maybe nothing else, but here it works.

Phil Kessel is still around, and he’ll pour in 30 goals without breaking a sweat. Like, literally. And he’ll be a grumpy asshole about it and it’ll be awesome. I hope the Pens win again and beat the Leafs on the way and Kessel misses the Final because he’s too busy walking around Toronto, pointing at people and laughing. This will be the only good ending to the season possible.

Derick Brassard spells his first name wrong and has never been as good as people have wanted him to be, but he’s a damn fine #3 center. He’s not exactly a checking-type though, which means Crosby will have to do more firefighting than he has in the past, because Riley Sheahan blows goats. Whatever, this is still a really fast and skilled outfit that set the new style in motion, and they’re still going to get the puck the fuck up there and score before you can set up and that’s probably good enough for another 100 points at least.

Outlook: The Metro has a few good teams but no great ones. The Penguins have more questions than they’ve had before, but they still have those two guys. You can see them winning the division, getting a sweetheart first-round matchup before yet another kerfluffle with the Caps. You could see them finishing third or fourth in the division, too, as the miles catch up and Matt Murray continues to try and do a rubix cube in the dark.

They’re not as good as any of the Big Two in the Atlantic. But they don’t have to be. They just have to beat them in a series if it comes to that. Really, anything is possible for this team. 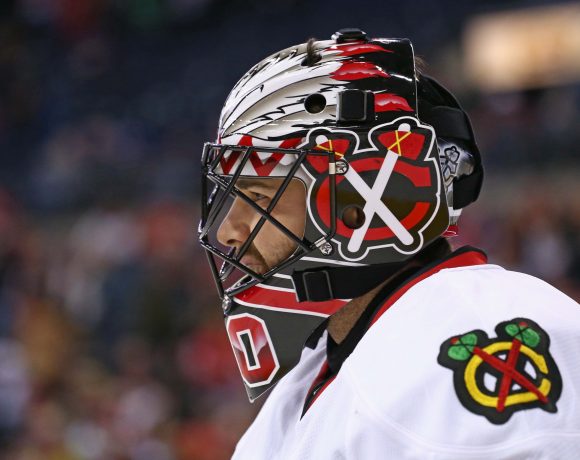