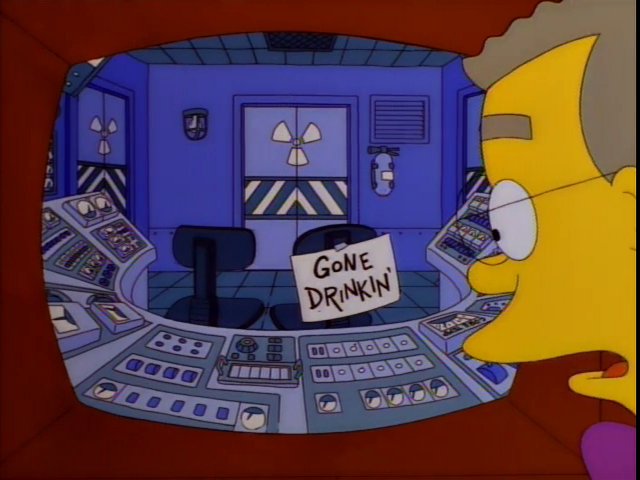 We’re getting to the business end of the 1st round, and thankfully most of the bullshit and cock-holding has started to fade a bit. Some things will get decided this weekend, so it’s time to focus on what really matters. Here’s where we stand.

You hear less moaning and whining from Toronto now that Tampa won’t be waiting in the second round after spending a week filing their nails, as we all thought would happen. Still, you can easily see a scenario where the Leafs finally vanquish the Bruins, are overjoyed with their first series win since the Model-T was in fashion, and then get atom-smashed by the Jackets in four or five games. I’m almost kind of hoping this happens.

Anyway, this series has been as close as 2-2 would suggest and neither really finding anything to exploit on the other. The Bs really kicked around the Leafs in Game 2, and the Leafs kind of did in Game 4 without getting the result. Sometimes the other guys makes 38 saves.

For the most part, whether home or road, Patrice Bergeron has been matched up with John Tavares, and has gotten just this side the better. You wouldn’t expect that to change tonight in Boston. And much the same, the Matthews-Krejci matchup has been a standstill, though if you had to bet Matthews is the slightly better bet to pop off. But where this might get decided is the Bruins bottom-six has been getting devoured possession and chance-wise by Toronto’s, and if Nazem Kadri weren’t a galactic moron he’d be odds-on to make that count instead of his replacements. Still, that’s what I’d watch for the next two or three.

This one doesn’t take much science. The Flames don’t have an answer for Nathan MacKinnon, even though by some miracle the goaltending has essentially been equal. It’s just that Mike Smith has faced 108 shots the past two games. Giordano and Brodie are getting blistered, and I can’t talk about what’s happening to Hamonic and Hanifin without asking any children in the room to leave.

On the other side, Sean Monahan hasn’t come close to answering what MacKinnon’s line is doing, and if that continues the Flames here are toast. Bill Peters, or Pill Beters if you prefer, at home tonight has to get Backlund out against MacK every chance he gets. Yes, Backlund had a nightmare end to Game 4, but he’s still one of the best checking centers in the league and there doesn’t seem to be much option. Still, no one on the Flames is carrying an xGF% over 45% except Tkachuk. That’s a big one, that’s a bad one.

If you haven’t watched this one, good for you. It’s been like watching the DMV. The Stars have turned into Trotz Ultra, and the Predators don’t really have the firepower to easily get through it. They play just enough defense to usually be ok, except when they don’t bother to show up as they did in Game 4. With Bishop and Rinne, and the way the Stars play this, the margins are awfully thin and this one could easily be decided by something hitting someone’s ass and going in. Just don’t cut time out for it, you’ve got better things to do.

It’s rare you see a team try and out-Blues the Blues, but we live in strange times. The Jets, who I’m convinced have been trying to get Paul Maurice fired since November, had it in their hands last night. Up two goals at home and the Blues really doing nothing. But because they stopped playing defense long ago in that attempt to get their coach canned, they let them back into it. Also having an aging and even more-uncaring Byfuglien out there will lead to messes on the rug, evidenced by Oskar Sundqvist walking around him like he was roped off by caution tape for the equalizer last night. Jacob Trouba seems intent on costing himself money by the day, and the Jets are a mess.

This is still the Blues though, who also had the series in their hands and then kept tossing Colton Parayko at Mark Scheifele. This has truly been the debate of Mooseylvania, where each keeps pushing the the win back toward each other.

It’s funny, but basically the Canes have kicked the crap out of the Capitals for most of this series and can’t seem to solve Holtby. only Game 4 was close in terms of possession or expected goals, and the Canes carried a 57% share in that one anyway. Again, as we’ve said with the Canes for years now, as fun as they are and as much right as they do, the lack of premier firepower is costing them. With it, and this one might already be over.

Still, it’s the former champs and you’d trust Braden Holtby more than Petr Mrazek, even though Mrazek has been good for months now. The Canes have to continue to dominate possession to make up for the snipers they don’t have, stay out of the box, and they can pull the upset. Oshie is going to be a big miss here, because his kind of finishing is the difference between these teams. Without him, that difference becomes smaller. And you know Aho is going to go off in one of these games.

This one’s simple enough. When the Sharks get any saves whatsoever, they win. When they don’t, they don’t. They haven’t been outclassed or dominated for any stretch here other than maybe Game 3, but in the middle three games whatever chances the Knights got went in and the Sharks were always chasing. Jones played well last night, the Sharks won relatively easily, but that was also the case in Game 1 and then he went to the zoo for three games. There’s no margin for error now. Fleury has only been ok in this series, but he’s only had to be ok. Vlasic’s return also clearly makes a difference.

You’ll know by the 1st period on Sunday if this one’s over or not. If Jones hasn’t crapped out a chicken, the Sharks have every chance to get it back to Cali for a Game 7. If he has, pack up the cats. 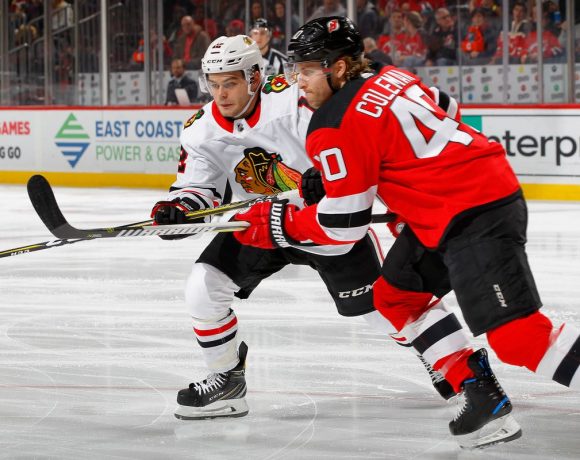