High On The Hog: In The Cage 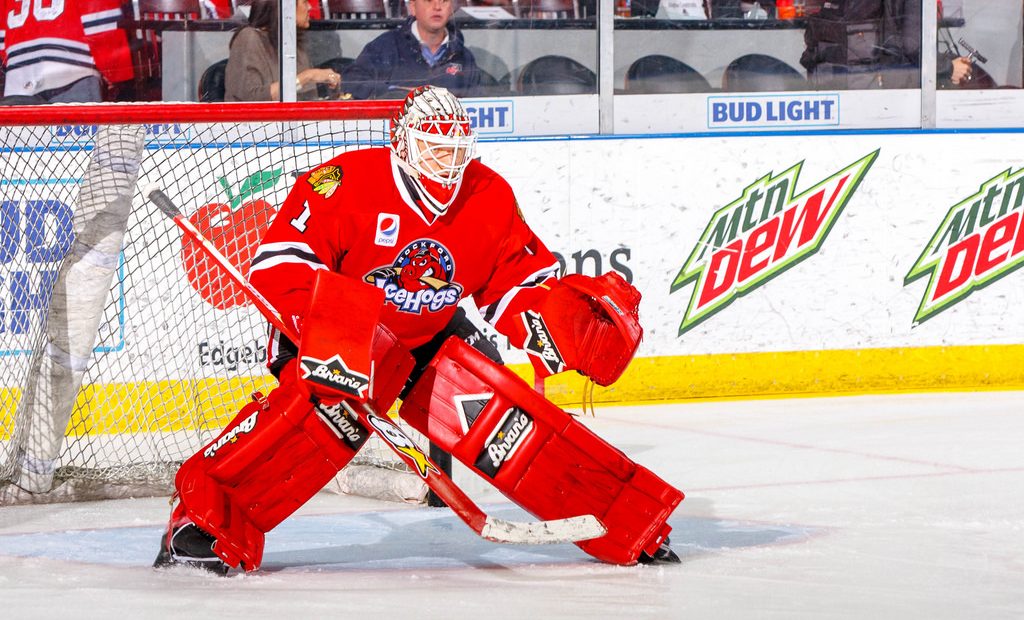 The Rockford IceHogs had a bit of a revolving door when it came to the crease this past season. Injuries to some key personnel made for some vertical movement for several of the goalies in the organization.

As the first installment of some “in-depth” looks at the Hawks AHL affiliate, let’s cast our gaze squarely between the pipes and the four players that patrolled that area for Rockford in 2017-18.

Timing is everything in the development of a prospect. Case in point…the rookie campaign of Collin Delia.

Delia earned himself an entry contract with some strong showings in the Hawks past two prospect camps. He began the season as quite the rambling man, working out with the Hogs staff and trekking to the Indy Fuel of the ECHL for game action.

It was not a successful formula for Delia.

Yes, the same 23-year old who stood so tall in the first two rounds of Rockford’s playoff run was flat-out terrible in Indy. In ten starts, he was giving up over four goals a game and sported an .887 save percentage. In a spot start for the Hogs in Iowa on November 9, he gave up four goals on 16 shots and looked completely overwhelmed.

When he was pressed into action against the Wild on December 28, Delia had not played a game in Indy or Rockford in over a month. At that point, he was only playing because the cupboard was bare. J.F. Berube was injured and Jeff Glass was in Chicago. The IceHogs had to go with Delia and Matt Tomkins in net and try like hell to limit quality shot attempts.

Again, with a veteran at Jeremy Colliton’s disposal, I doubt Delia would have had many starts in the two months that Berube missed. Opportunity was rapping at Delia’s door…and you know what? The kid responded big-time and began getting his act together.

It took several games (with the Hogs D playing a big part in limiting high percentage shots), but Delia began to look a bit more comfortable in the crease. He put up a 5-0-1 stretch from January 6 to the 26th, then took his game up a notch from there.

In his last 15 starts, Delia was 11-3-3 and limited opponents to three goals or less in 12 of those contests. His eight starts against Chicago and Manitoba in the Calder Cup Playoffs proved to be the high-water mark. Delia took over in the first two rounds, led the Hogs to the conference final and completed an astounding turnaround to his first professional season.

Delia’s style has him winding up on his backside quite a bit. It’s something I think he needs to address in Rockford this fall. However, I believe that Delia has shown the potential the organization saw when they offered him an NHL contract.

The former Islanders farmhand helped get Rockford off to a strong opening, winning his first five starts. Berube then dropped five straight decisions, though he was playing solid in the net when he was called up for a week of backup service in Chicago.

Returning to the IceHogs December 8, Berube stopped 18 shots in the first half of the next night’s start against Grand Rapids when he suffered a knee injury that kept him out of action for the next two months. He came back in February, lost two starts despite playing well, then was moved up to back up Anton Forsberg the rest of the season.

That December injury was pivotal for several reasons. A healthy Berube would likely have gone up to Chicago when Corey Crawford went down later that month. Rockford would then have ridden Jeff Glass for the majority of the last four months of the regular season. Glass and his feel-good run with the Hawks may not have come to fruition.

Flip Berube and Glass if it pleases you, though Berube was by far the better candidate for a recall prior to his injury. Either way, there is no way that Delia would have been able to work his way into the role he enjoyed (and certainly deserved) in the latter stages of the season.

Glass had his own success story in reaching the NHL this season. In Rockford, he served as half of a pretty successful veteran tandem in net until Berube got hurt.

Starting in the second period of the game Berube was injured to when he was recalled to the Blackhawks, Glass had a 2.39 GAA and a .935 save percentage in six games, during which Delia was planted firmly to the bench.

Glass surrendered eight goals against Manitoba when the Moose were an offensive juggernaut in November and ten more in his first two games back with Rockford in February. Aside from that, he was a steady presence in goal. Glass held opponents to three goals or less in 23 of his 28 appearances and to two goals or less in 14 games.

Glass was also a much-needed veteran voice in the locker room who came into the Western Conference Final after sitting for a month and was tremendous in his four starts. I’m not sure how much interest he’ll draw as a potential NHL backup heading into this summer, but he is a solid addition to an AHL roster.

Chicago’s seventh-round selection in the 2012 NHL Draft was on an AHL deal after completing his college career at Ohio State. Tomkins was injured for six weeks early in the season while in Indy but was playing well for the Fuel when he was recalled to Rockford to form a rookie goalie platoon with Delia in late December.

The Chicago Wolves put up six goals in to spoil his debut December 30. His best start came against Cleveland January 19, when he stopped 32 of 35 shots and helped the Hogs rally from a 2-0 deficit to beat the Monsters 4-3.

Tomkins dropped his last two starts for Rockford before Berube’s return sent him back to the ECHL February 8. He did see action late in the season, losing a 4-3 decision to Texas April 7 as the Stars rallied for three goals in the final period.

Tomkins’ Indy stat line (11-9-2, 3.47 GAA, .912 save percentage) was about par for a Fuel squad that gave up 3.41 goals a game this season. He didn’t show enough to merit an entry contract from the Hawks, in my opinion, but who’s to rule out another one-year AHL deal?

The two goalies behind Corey Crawford, as was the case last year, are Forsberg and Berube…at least for the moment. Both are under contract for next season, as is Delia and recently signed Finnish goalie Kevin Lankinen.

Unless one of these players are moved in a trade, it’s difficult to see Glass remaining in the organization. I’m guessing that the Blackhawks have seen what his ceiling is. As I mentioned before, Glass is a solid veteran at the AHL level but a Delia-Lankinen pairing in Rockford would be best for developing potential NHL talent.

The Ivan Nailimov situation could be an x-factor in the goalie picture. It has been reported that Nailimov, a 2014 sixth-rounder, wishes to be traded. Even from Russia, the 23-year-old can see a crowded crease behind Crawford in terms of securing an NHL job in Chicago.

Could Delia, one of the Hogs postseason heroes, find himself with the Fuel again this fall? In the present configuration, someone is destined for Indy. It’s hard to see Chicago signing Lankinen to throw him to the ECHL. Delia has proved he’s capable of handling substantial AHL minutes, but I don’t believe he’s vaulted over Forsberg or Berube on the depth chart.

To assume that Chicago maintains their goal-tending collection with no changes may be a bit foolhardy. The Hawks appear to want an upgrade at the spot behind Crawford (Carter Hutton, anyone?), which could further muddy the waters. Expect a deal involving Forsberg, Berube or Delia sometime this summer, or possibly after the three get a hard look in training camp.

Depending on how much baseball I find myself watching in the next few days, I’ll take a gander at the defensive landscape Monday morning and the forwards sometime after that. Meanwhile, follow me @JonFromi on twitter for any thoughts I can belch out over the summer. 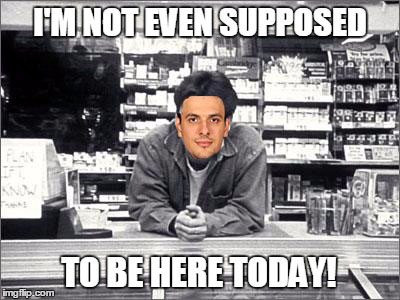 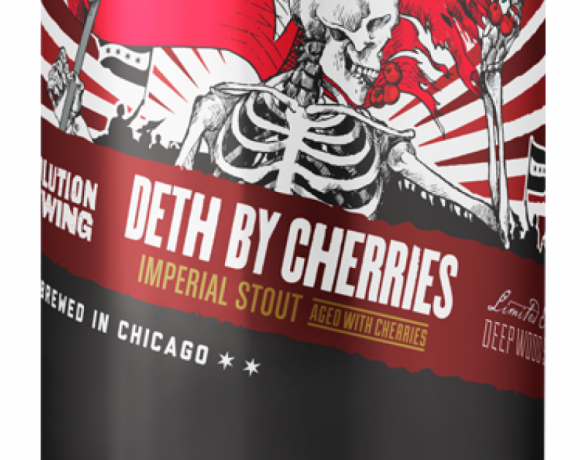