Well, the Hawks have a FOR REAL first round opponent after Vegas knocked off the Avs in OT earlier this afternoon for the privilege of now getting to play the lowest remaining seed as the Stanley Cup Playoffs now begin in earnest. There is no schedule set yet for the series, but we’ll try to get in as much preview as possible for the matchup ahead, which really it could not have been any other way now that Robin Lehner is in Vegas. But this isn’t the goalie preview. This is the forwards preview, complete with the first of several hundred thousand Killers references, and Vegas is obviously considerably deeper than the Oilers were with another very matchy-uppy if boring coach in Peter DeBoer (yeah, he’s here now).

The first thing that jumps out here is that William Karlsson has been moved away from his usual linemates of the last three seasons in Jonathan Marchessault and Reilly Smith in favor of centering Chandler Stephenson (late of the Capitals) and Mark Stone. That top trio has been excellent together so far, getting about 8 minutes of even strength time together a night and turning into about a 70 share, which is an uptick from their rate of 60 back in the regular season, with Stone currently leading Vegas with 5 points in 3 games so far. This unit is also getting the benefit of cherry zone starts because DeBoer is using Marchessault, Stastny, and Smith in a dual purpose role. To this point the trio has only started about 40% of their shifts in the offensive zone, and has accounted for no goals for or against 5 on 5 in those three games, which might be defeating the purpose a little bit. Marchessault had two goals this afternoon though, one on the power play and a penalty shot goal, and now becomes the primary trigger man on this unit now that Wild Bill isn’t running with them anymore. Marchessault is also a huge fucking baby and filled his diaper over and over and over again during and after the Knights’ meltdown against San Jose last year, which feels like eons ago.

As for the bottom six, Nicolas Roy is getting his first regular playing time in the show with the Knights after coming over from Carolina, and while he’s got three points in the round-robin, his line with Alex Tuch and rapist Nick Cousins have been getting dong whipped even with favorable zone starts. With P-E Bellemare in Colorado now, the Knights don’t really have a designated center to take the dungeon starts in the 3+1 forward model, hence DeBoer trying to have it both ways on the Stastny line, and having his bottom six take sheltered starts in the offensive zone. William Carrier and Tomas Nosek provide a fair amount of speed and skill from the fourth line and have done well with the minutes they’ve gotten, even in spite of dragging Purina-Dumpster-ass Ryan Reaves and his tired act around.

Also notable is the absence of Max Pacioretty, who’s been UNFIT TO PARTICIPATE since the restart, and has not traveled to Edmonton yet, so it is highly, highly unlikely he’s seen during this series even if by some act of god whatever is ailing him clears up. Patches’ absence is not to be discounted here, as he was having a renaissance year with his customary 30+ goals (32), and was leading the Knights in scoring with 66 points in 71 games before play halted. Pacioretty played most often with Stone prior to the stoppage, so Chandler Stephenson is being asked a lot currently.

While the Knights’ top end isn’t the Oilers’ (whose is), and even that is brought down a notch without Pacioretty, this is still a far more balanced and deeper team, with top to bottom speed, the only exceptions possibly being Tuch and Reaves, and even Tuch moves well enough for a big guy. Whatever steps Stastny has lost, he’s certainly a heady enough player to make up for them to keep the pace with his two current linemates. But this isn’t a rolling 12 man onslaught here. DeBoer, who again, isn’t thrilling but isn’t a moron, has to paper over some issues and make some tough choices. He’s sacrificing some of Smith and Marchessault’s offense to keep his bottom in advantageous zone starts and to keep them from being killed, but there’s only so much that can accomplish, and it certainly isn’t maximizing that line’s offensive potential. There are matchups to be found here that benefit the Hawks, but clearly Jeremy Bevington has no interest in finding them, and will likely even gift wrap a few for DeBoer for the two Hawks “home” games. The one that seems like is going to get the most play is Stastny against Toews, and then to let Karlsson and Stone feast elsewhere.

This isn’t going to be pleasant by any means, but it’s actually probably a better matchup for the Hawks than the Avs would have been, where Kadri would have stifled whatever threat the Hawks could have presented and then MacKinnon would have blown their doors off for 4 games. This has the potential to be a bit more interesting. The Hawks have the higher ceiling from a skill standpoint but are working against their own lack of structure and organization as well as lack of comparable speed. Since the Hawks still insist on doing a 67 pass breakout, it’s going to be imperative that the forwards come all the way back to the hashes for breakouts, because the Vegas forwards will be on every Hawk defender’s hip going into a corner. And there’s zero confidence Coach Nathan For You will make that adjustment, so the coaching factor edges the Knights ahead. 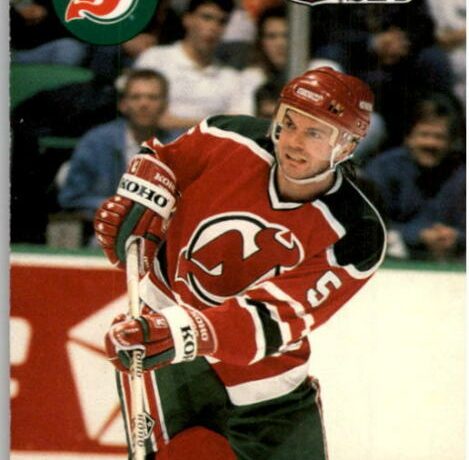