Because the internet never, EVER forgets, a Russian language video of Artemi Panarin from 2012 has resurfaced showing him making racist comments on film.

During a long, and uncomfortable “Get To Know A Player” segment, a then 20 or 21 year old Panarin is asked “What is something you could never do”, and fires off with zero hesistation “Have sex with a black woman”. The exchange comes at the 7 minute, 15 second mark of the above video, and will require closed captions to be on to get the english translation. 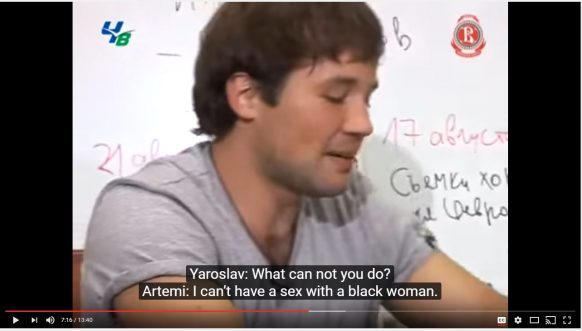 The point isn’t labored upon in the interview, it’s just completely passed over, treated as an off-handed joke. And coming from a then 20 year old, sheltered athelete in a country where there are hardly any black people, it’s easy to see where Panarin thought he was being a clever little ignoramus. Russia is not exactly the most tolerant place for marginalized people, and that was brought to light prior to the Sochi games when even its most beloved son in Pavel Datsyuk bent over backwards to condone his homeland’s governmental policy of oppression of LGBTQ people by passing the buck and saying “I am Orthodox”.

For the league just coming off their “Hockey Is For Everyone” month, this is an astonishingly bad look, and for the Blackhawks, it’s just another mark on a tremendous track record of such things. One could be optimistic about the situation, saying that there is a language barrier here, or that Panarin now knows that such comments are racially heinous after living in one of the most diverse cities in the most diverse country in the world, but no one here has earned any kind of benefit of the doubt. The Organ-I-Zation in particular needs to speak out on this after taking great lengths to reach out to Chicago’s many black and latino communities. But no one should hold their breath on that one. This is the same team, and same family that keeps trotting an bloated, drunk wife-beating Nazi sympathizer out as an ambassador of the team. The same team who last year stood behind an accused rapist. The same team who thought no one would find out about the gross revenge porn antics going on with its farm club. The same team who had one of its players scream an LGBTQ slur on national television. And now they finally hit for the cycle by having a player declare what women of color are a revolting and unfuckable to him. This is also the organization that fired Susanna Collins for bawdy if harmless dick jokes on YouTube, and hung Corey Crawford out to dry in the press for the heinous crime of getting too drunk and falling down on an off night. And it’s one more opportunity to see just how fucked up their priorities are.

Now that this is in the bloodstream it won’t be long until the team and player both have to respond, and the clock is ticking on when it happens, and just how badly the Organ-I-Zation will fuck it up.

UPDATE:  Thanks to intrepid reporting by Chris Hine, both the Blackhawks and Panarin himself have apologized for the video and did not equivocate in the process of doing so. Chalk this up as a slight upset. This will probably get washed away in the news cycle particularly if the Hawks keep winning, but to those paying attention the damage has been done. 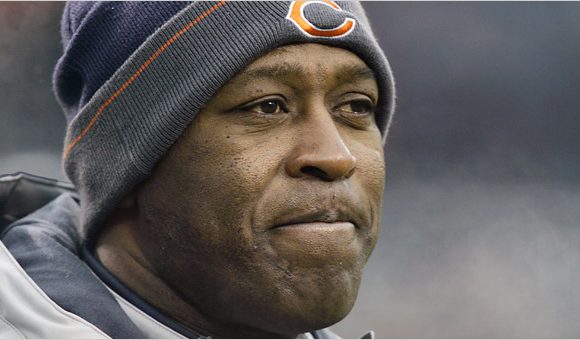 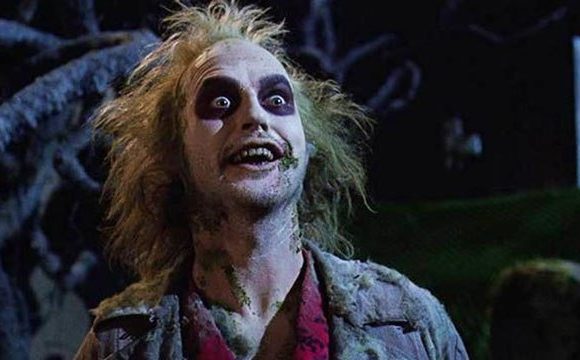 It Keeps Getting Funnier Every Single Time I Hear It