Hawks Add Two Forwards You Probably Already Thought Were Added, Does Another Have To Go? 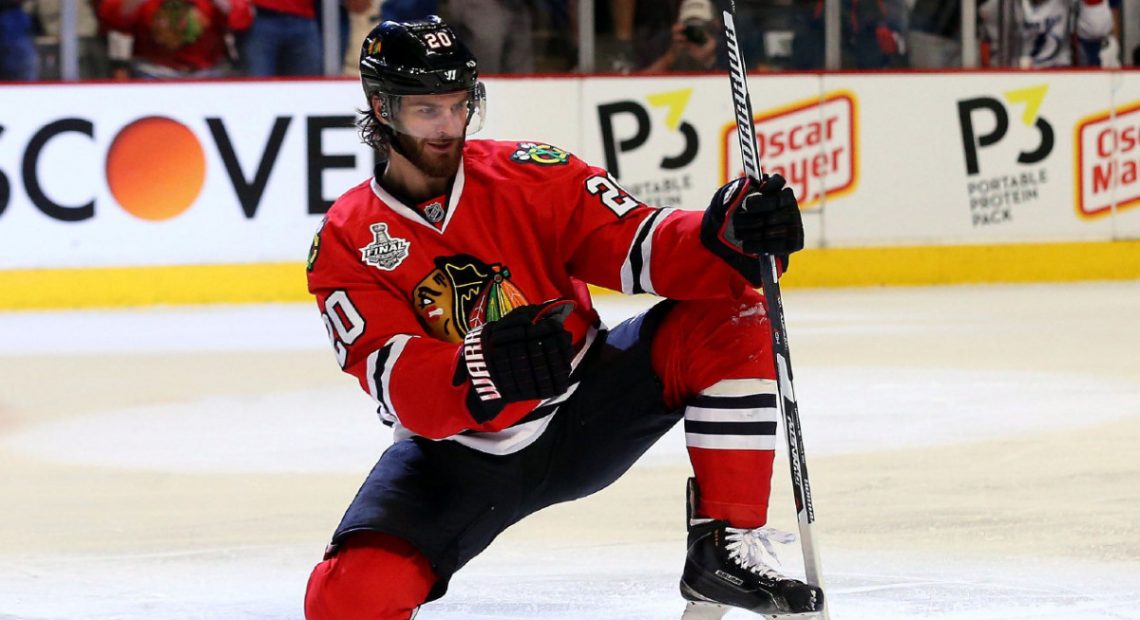 It’s a morsel, but it’s something. Today, the Hawks announced the signing of Anton Wedin, which we’d already talked about before a few weeks ago. Wedin is something of a scratcher lottery ticket, as players who pop off for the first time at 26 and not gaudy numbers are hardly a sure thing to ever escape the AHL. But he costs nothing, the Hawks get a one-year look-see, and then they can decide if they want to continue this relationship.

There’s also been buzz that the Hawks have officially signed Dominik Kubalik, who is currently lighting up the World Championships for the Czech team, along with old friend Michael Frolik. Kubalik is the far more enticing and surer bet than Wedin. He’s 23, and though he kicked a hole in a lesser European league, that hole was really big in Switzerland. He has some experience on this side of the ocean, playing in juniors with one Dominik Kahun, and having two Dominiks with last names beginning with K surely won’t kill Pat Foley or anything.

The Hawks still have some work to do, as Perlini and Kampf haven’t been re-signed yet, though you’d expect the latter is no problem and the former is not someone the Hawks are going to give up on quite yet. And you start doing then numbers, and you begin to wonder here.

Kubalik is going to be a Hawk. It would be an upset if he spends anytime in Rockford, just as Kahun made an immediate splash. And while we generally would snicker that this is the Hawks trying to prop up one of their prospects again (John Hayden come on down…now keep going…no don’t stop…), their European finds generally have been useful. So let’s map it out, and pencil in Wedin for a 4th line role to start. He can be this year’s Suckbag Johnson in October.

No, this isn’t what Opening Night will look like, and if it does I highly suggest you find something else to do for the winter than bother with this. We have to, you don’t. This is just what it looks like right now, and that’s not even mentioning Sikura, Kurashev who is a possibility to come aboard, MacKenzie Entwistle being an outside shot, and I guess I still have mention Hayden here as he’s still signed for one more year (if he plays more than 10 games with the Hawks though I’m going to shove my whole fist down my throat).

What you see is a fair number of young, fast, nippy wingers (other than Entwistle), all of who are unknowns, all something of a lottery ticket, but the more you have and try the more chance that one or two will work. Sikura really should be in the NHL full-time next year, despite never scoring showed flashes of being a useful player. Kurashev flashed at the WJC, though I doubt the Hawks would be ready to try him at center just yet. So there’s something of a little jam.

Now you know what are stated aims are here. Flog Anisimov for whatever you can just as long as he’s gone, move Caggiula to your fourth-line center, sign an actual top six forward, and let’s dance. And maybe that is the plan, because you don’t feel like the Hawks are going to carry all of this into training camp. Though stranger things have happened.

While the Hawks talk about their cap space, it’s not that simple. No one who is currently a free agent is going to break them, as you wouldn’t think Perlini, Sikura, and Kampf are going to lop off more than what, $3M off? That’s $17M to play with.

But it’s the following summer that’s an issue. Let’s assume the cap takes another $4M jump as it did this one, and that’s a cap of $87M. The Hawks currently have $49M committed for 2020-2021, which is $28M in space. With whatever deals that above-mentioned trio sign, let’s call it $25M.

And more than a third of that, without any signings this summer, is going to be eaten up by Alex DeBrincat‘s next contract. Ain’t gonna be no bridge for him, and if he puts up another 35-40 goals, he’s going to point at Mitch Marner‘s deal and say, “THAT!” Certainly William Nylander‘s $6.9M number would merely be a jumping off point. And if Top Cat brings Strome right along with him during the season, that’s another $6-7M for Strome, and suddenly that $25M in space is now somewhere around $10M if you’re lucky. And then you have to wonder what Kahun and Caggiula get if they have good years. It won’t come close to eating up that $10M, but suddenly the space this summer to sign free agents looks a little tight when thinking about the next.

So yeah, punting Anisimov saves you $4.5M for two more years, and maybe that’s enough. The fear around this lab is that the Hawks might have a bigger number in savings in mind. You know where this is going.

You know how we feel about Brandon Saad. You can read Pullega’s review for a refresher. But you can make the argument. It’s $6M in savings. And you have to admit that Saad is something of an odd fit right now, though one who made it work for most of the season, including a dominating stretch from the middle to the spring. The Hawks are loathe to load him up with Toews and Kane, which you can understand. But Saad’s never taken to, or really been tried all that much, on the right side to play with Top Cat and Strome. Pairing him with Toews leaves the right side open, but you don’t really want to play DeBrincat there as he’s a bigger scoring threat on the left. The idea of Saad and Kane flanking Strome was tried, but then DeBrincat is playing with Toews and they need something on the right side that the Hawks don’t really have unless one of these kids pops. Saad made serious mileage out of a third line role, but the question the Hawks might be asking themselves is, “Could Kahun or Kubalik or Kurashev or all three do just as much there at a fraction of the cost?” Alternatively, could they try a combo of those kids in the top six and hope one or two of them can at least ride shotgun.

Saad’s value is clearly higher than Anisimov’s. While he has his faults, he’s still a nimble forward with size who gets you 20-25 goals and solid possession play. It’s not like those grow on trees. And considering how the defenseman market is Erik Karlsson and whatever state his bursting red crotch dots are in and then a whole bunch of trash, you could understand the hesitance (if you don’t necessarily agree with it, which we don’t).  So a trade might be necessary.

I don’t know what the names would be. Carolina was interested last year, but their different status might change that. We were asked about The Island yesterday on the podcast, with Leddy returning, which would be hilarious and also wrong. Saad’s always seemed like a perfect Predator, but he won’t be dealt in the division. There would be a market though.