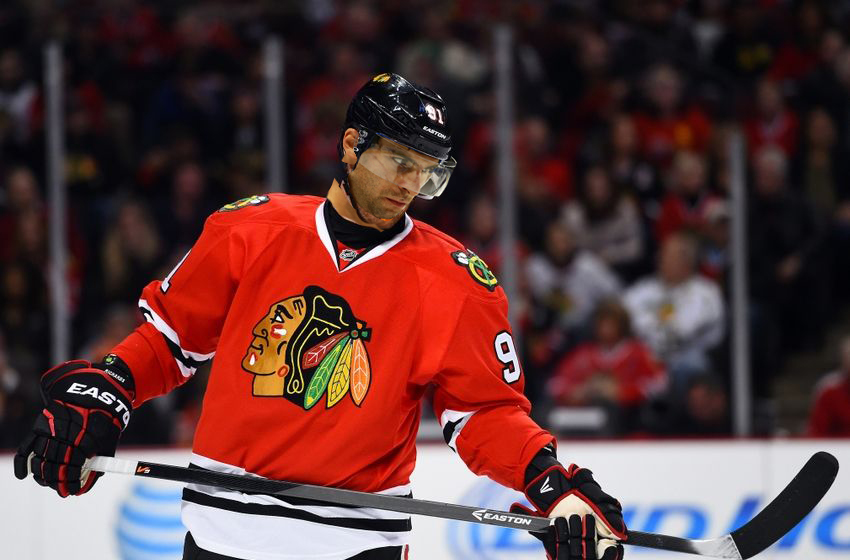 Ok, so you’re Stan Bowman. Yes, you’re quite bald. It’s ok. The world doesn’t end if everyone can see the top of your head. Trust me. Anyway, though you may have gone to the higher-ups last summer and told them you have a plan to rebuild the roster on-the-fly, and even if they totally believed you, you’re under serious pressure. No matter what you laid out to Rocky and McDonough, probably using very small hockey words, this is not what you told them would happen. Sure, you can claim Corey Crawford getting hurt is the same as Aaron Rodgers or Tom Brady or Drew Brees getting hurt, such was his importance to his team. And that’s not even wrong. And hell, they may even go with you on that. But a year missing the playoffs this badly after two first-round exits still has them more in a “glower” position than “hopeful.” You need results and you need them next year.

And sure, if you do actually get analytical instead of just telling us you do because that’s what you think everyone wants you to say, you could play it safe with a move here or there, knowing that there’s every chance Crow stays healthy next year, Toews’s and Saad’s SH% pop back up simply because HOCKEY!, Top Cat and Schmaltz continue to grow, Sikura is just as good as you think he is, and Vinnie Hinostroza has a breakout year that his metrics suggest he very well could. Hell, maybe even Duncan Keith can play the hits for just one more season. Hell, that’s a playoff team there. You make one move at the deadline, and maybe it’s even more.

Still, the higher-ups want more. If all those things don’t happen, you’re out on your ass. Yes, with your resume and last name and this being HOCKEY! you probably won’t be out of a job long. But is that how you’re goin’ out? Like some punk “with a plan?” Or you firing all the guns at once, knowing if it doesn’t work it’s going to be someone else’s problem anyway? You only have max one or two seasons to do anything with this group anyway. Clock’s ticking. You say, “Fuck it. you only live once and dyin’ would be a stone groove.”

You sign John Tavares. $11 million a year. $12 million a year, who fucking cares? This is your blaze of glory. Win next year and ain’t no one gonna give a shit about a fuck.

“But Sam,” you’re saying out there, “there’s no way the Hawks could do that!” Well, actually there is.

Right now, the Hawks will have about $12 million in cap space if the cap goes up to $80 million as has been rumored. And that’s if they don’t find a way to shuffle off Hossa’s hit to some hinterland hockey landfill. Or they could do what they didn’t do last summer and just use it in the summer and white-knuckle it through the season. Again, if you’re Stan Bowman, you need results next season or you’re toast. It’s time for risk. So either moving Hossa’s contract or just using his LTIR gives the Hawks damn near $18 million to play with. Fuck and yes. It could be more if you can flog Artem Anisimov to some destination without taking too much money back.

You basically have no one to re-sign. You can punt Patrick Sharp to the bunny farm upstate where he’s longed to be for two seasons. Anthony Duclair won’t have warranted more than the 10% raise he’s due as an RFA, which is $1.5 million or so. We love Vinnie Smalls, but he’s not getting any more than $1 or $1.2 million. So you’re still just south of $16 mildo to play with. That’s plenty for the $11-12M you’d have to throw at Tavares.

“But Sam,” you’re saying, “Tavares is a pretty low-key guy. He’s not going to want to come here!” Shut up, moron. Let me disabuse you of that notion.

One, this is not a testing hockey market. You’ve seen that. It’s the NHL’s fourth biggest market, yes. But no one cares when the Hawks are bad. Look at it now. These guys facing really hard questions every practice? There’s like three full-time beat reporters for fuck’s sake. No one’s talking about them on the radio or TV. You don’t have a roundtable of concussed ex players/drunk writers with an hour to tell you why you suck. They’re talking about Kris Bryant here. There’s no Steve Simmons to get up your ass, and I’ll be bored and old next year. I ain’t gonna bother ya. You can fly under the radar here easy.

Second, even if there is “furor,” that’s Toews’s job. Or Kane’s, I suppose. Seabrook’s. You’re not first in the firing line. Tavares could play his hockey and go home. But it’s just big enough to keep him in the endorsements/advertisements world if he so desires.

So that makes it a more desirable destination for him than say, Montreal or Toronto or even Vancouver. We’ll circle back to this.

Sure, you could arrange this several ways. But Tavares has gotten Anders Lee a 35+ goal season and there’s nothing Anders Lee can do that Brandon Saad can’t. This team scores, especially with Schmaltz as a #3 center simply clocking whatever bums he finds across from him with Sikura and whichever of Hinostroza or Duclair is not on the top six. It scores a lot.

“Sam!” you’ll exclaim, “how are the Hawks going to afford all of Kane, Toews, Tavares, Seabrook, Keith, Saad, and then raises for Schmaltz or DeBrincat or more?” There’s going to be another lockout, you ninny. They can hit the reset button on one or two of these deals under a new system. And you’re probably fucked by that point anyway.

“But Sam,” you’ll interject, “this does nothing to solve an already porous blue line!” Fuck you! I can’t do everything here!

Ok yeah, your blue line would still suck and you can’t get out of the Central or West without one. The free agent class of d-men makes you vomit all the colors of the rainbow. You don’t have the pieces to acquire Erik Karlsson, unless you’re comfortable moving Schmaltz for him. Which you might be after signing Tavares, I don’t know. Maybe you find a way to pry OEL loose at the deadline. Maybe when Vegas reverts back to being an expansion team next year they loose Nate Schmidt before he’s a free agent. There are solutions to every problem.

“But Sam,” you say as I get more annoyed with your pragmatism, “everyone’s going to want Tavares and the Hawks haven’t won a bidding war since Hossa!”

Yeah ok, fine. They haven’t even really tried either. They wanted us to believe they were in on Zach Parise in ’12, though I have my doubts. But the Hawks name and market is still an awfully big draw, especially when you consider Tavares has already been on a Team Canada with Toews and Keith.

He’s not going to Montreal. Who wants to deal with that shit? Toronto doesn’t need nor can afford him. Vancouver is clueless and stupid. Tampa… ok, well that could be a problem if they can lose Callahan’s bloated checks for looking angry. But maybe they want to keep their powder dry for the entire bank chain they’re going to have to hand to Kucherov. Or maybe they’re still after Karlsson. Is Florida going to make a splash? Weather and state income tax aversion are nice, but that team isn’t that much more attractive than the Hawks in the near-term? Detroit might be more clueless and stupid than Vancouver. The Rangers are rebuilding. The Islanders won’t have a home for two or three years. The only language really here is green. Tell me you’re not starting to see it. Tell me a grin isn’t slowly spreading across your face.

C’mon Stan, let’s get nuts. You really don’t have anything to lose. 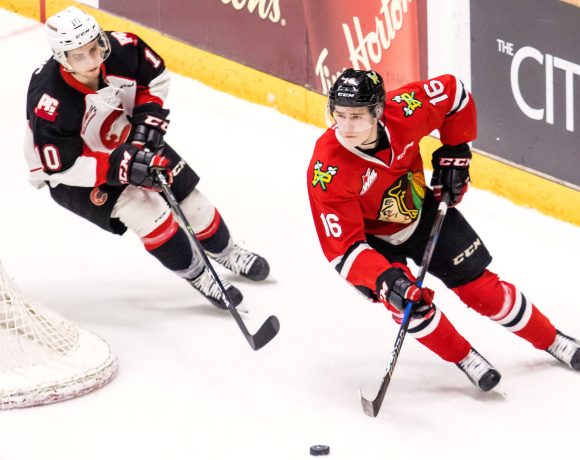 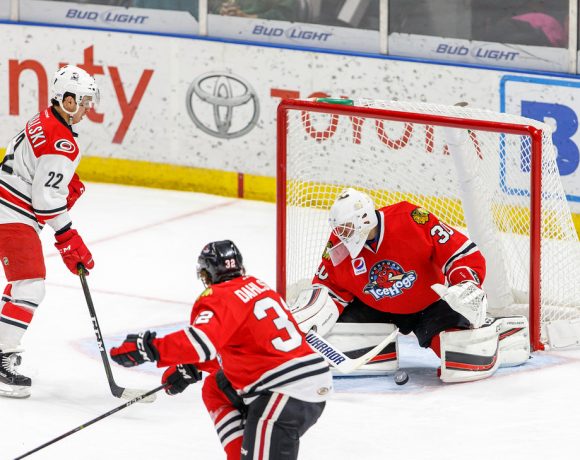 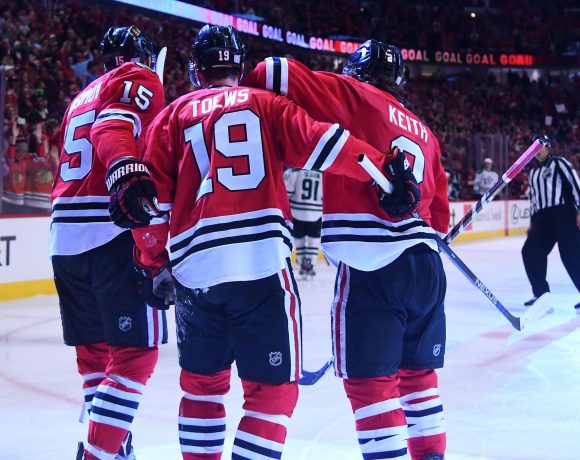