Packers Spotlight: Aaron Rodgers May Not Be The Best Brother or Son, But That’s OK Because He’s The Greatest QB Of All TIme 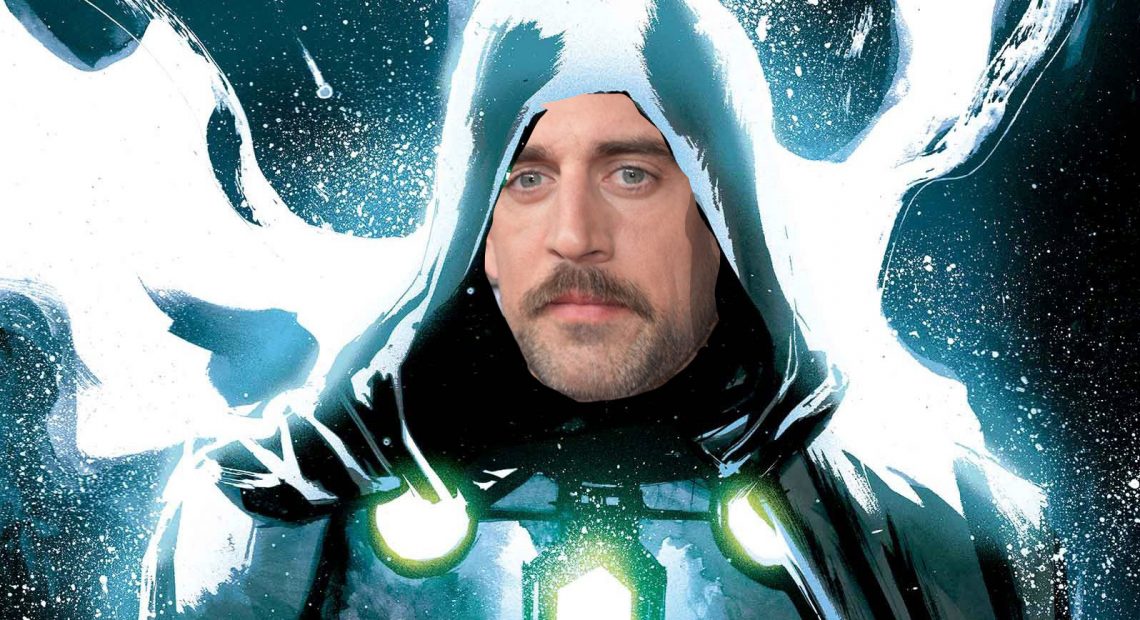 On Thursday night, the Bears will kick off one of the most anticipated seasons in team history. This game will not only determine who lands the first blow in the NFC North, it will also give us a fairly good idea if Aaron Rodgers and the Green Bay Packers are going to make any noise this year. Much like how the Bears defense will ultimately determine the team’s success, the Packers offense will do the same. Mike McCarthy’s high school offense is gone, but I’m not sold on his replacement. Matt LeFleur has called plays for a grand total of one NFL season; and the results were miserable as the Titans finished 26th last year in total offense. But if we are all being honest with each other, do we really believe that anyone other than Aaron Rodgers will be calling plays for the Packers this year? Rodgers has made it very clear that this is his organization moving forward. What the 2018 Titans didn’t have is something the Packers have had for 14 seasons and counting: the greatest quarterback to ever play the game. With a QBR of 103.1, there is not a single player in the history of the league with a higher rating. Not Tom Brady. Not Joe Montana. Not Dan Marino. Not Peyton Manning. Don’t believe me? Look at this:

As if being really, really, good isn’t enough, Rodgers is especially dangerous against the Bears. In 21 career games, the future Hall of Famer has lit up Chicago to the tune of:
• 17 Wins
• 5 Losses (Including 1 loss where Rodgers was knocked out in the 1st quarter)
• 45 Touchdowns
• 10 Interceptions
• 67% Completion Percentage
• 5,156 Passing Yards
• 105.9 Passer Rating

These are video game numbers that deserve not only your respect, but also your admiration. You are getting a chance to watch the greatest quarterback to ever play. Keep in mind that Rodgers put together a lion’s share of these numbers against guys like Urlacher, Briggs, Tillman, and Brown; who have all individually called A-Rodg the greatest QB they have ever played against. So please take some time off from motherfucking the guy and appreciate his greatness; even if a lot of the highlights came against your team and made you want to kick him in the dick.

While I don’t anticipate Rodgers having a huge game Thursday night, it is extremely nearsighted to think he won’t show up. We are talking about a guy who threw for 25 TDs vs. 2 INTs last season in one of the least creative offensive systems in football. As a comparison, Mitch Trubisky threw two or more INTs in four of his 14 starts last year. Trubisky doesn’t have to be Rodgers for the Bears to win on Thursday night, but he must protect the football like Rodgers. In a season in which defenses will be far more prepared for Matt Nagy’s schemes, ball security from the quarterback position is a major concern.

If you are a Bears fan looking for reasons to be optimistic about Thursday nights opener, keep in mind that the Packers are only 11-11 in primetime games dating back to 2014. They are also 0-5 in their last five primetime road games and 3-10 overall on the road in primetime since 2014. Another reason to be optimistic on Thursday is the fact that the last five Packers coaches have lost their first game against the Bears. Mike McCarthy, Mike Sherman, Ray Rhodes, Mike Holmgren, and Joe Philbin have all took an L. If the Bears can contain Aaron Rodgers Thursday night, David LeFleur will be the latest to add his name to this list.