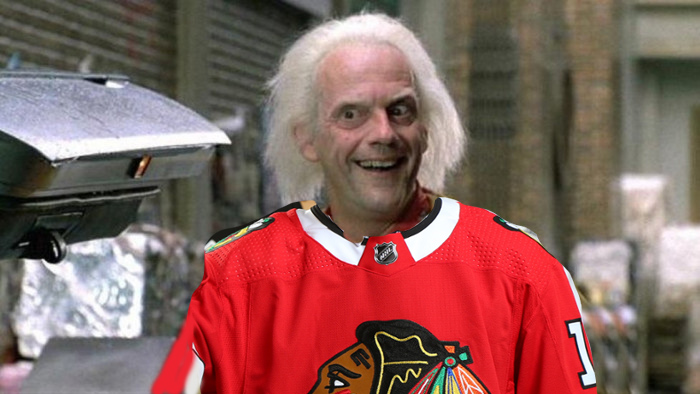 Normally, I make a pretty awkward, and sometimes even grotesque, face when a player is moved from center to wing or vice versa. Perhaps it’s the PQSD (Post Quenneville Stress Disorder) and the memories of Patrick Kane or Andrew Shaw at center and the counter of Patrick Sharp or Teuvo Teravainen not. When you’ve been around this long, the ghosts and memories are never far from the surface due to sheer volume.

To draw any conclusions about the Hawks lineup after four games, or Kirby Dach’s ascension after just two in the AHL, is obviously silly. There could be injuries or drastic changes to how players are playing, and that’s just in the next 10 games, much less over the next couple months. But hey, the obviously silly is what we specialize in.

Still, what’s obvious is the Hawks want to give Dach a run out at the top level, and they would actually prefer it if he proved to deserve to stick. Hence, it would behoove them to give him the best chance to succeed in however many games it’s going to take to prove that he belongs or he doesn’t. Obviously, skating him on the fourth line between say Ryan Carpenter and Zack Smith really isn’t going to do much for anyone. Then again, this is the Hawks and that’s exactly what might happen so they can turn their palms out and say, “Well, it’s clear he’s just not ready to be in the NHL with a couple of fourth-line stiffs that don’t suit his game in the least.”

The problem is where to fit him in the top nine isn’t so obvious.

Most of that is due to the opening play of the Brandon Saad-David Kampf-Domink Kubalik line. Again, four games, but from opening returns the Hawks might have their own version of the 3M Line in Calgary. A hybrid checking line that can also dominate possession and generate offense from a spot you wouldn’t normally count on it. It would take some convincing to break that line up in the next few games, when Dach’s conditioning stint would be over.

There is an argument for sticking Dach between Saad and Kubalik. Both those wingers are defensively responsible and fast. Both can be one-man breakouts to help get Dach out of the zone. Both have offensive instincts to get to the open spots and open up space for Dach (at least Kubalik has flashed that). Saad’s habit of holding onto the puck for long stretches might not mesh well with Dach. But Dach might also be better off the puck than advertised, at least offensively.

The issue there is that you could no longer use that line as a checking line. You want Kampf doing that, and while I wouldn’t give up on the idea that Kampf with Carpenter and Caggiula/Perlini/Smith could perform much of the same defensive duties from the fourth line as the third line is now. You just wouldn’t get any offense. And maybe you don’t need it.

But say Jeremy Colliton doesn’t want to break up his third line just yet, as they’re quickly turning into something of a binky. Fair enough. Except there’s not really another center spot to put Dach. You’re not moving Strome or Toews to a wing, though at times last year the former was so. We’re beyond that now.

I’ve floated the idea, one that Colliton almost assuredly does not have the stones to try, that Toews could slot down between Saad and Kubalik, and attempt to replicate what that line is doing with Kampf in the middle. Whether Toews is up for the checking duties at this point in his career is a debate we’ve been having for a couple years. And even if he is, can he still provide some scoring juice? Might be worth a look, but we have no idea.

That would leave Dach open to play with Kane or DeBrincat or both, or one of them to slot down with Strome and then make up the other winger through some combo of Shaw and Cagiulla and maybe Nylander or Perlini or whatever else you want to throw to the wall. It would also give you two lines you can start in the defensive zone to give you the flexibility to have two lines who need some hammock shifts, which Dach is almost certainly going to need. But again, I don’t think Colliton has the tires to tell Toews he’s on a third line and if he does I definitely want video of that conversation.

So if that’s not a possibility, what’s left? It would seem an apprenticeship on the wing is all there is. Dach didn’t play wing in junior, so you might actually be stunting his growth by asking him to do it. If he does have it in his locker, then he can be something of a playmaker on a line with Toews and whoever else that it lacks when Toews isn’t playing with Kane. Or he can finish off whatever Daydream Nation create. Or both. It’s not a perfect fit, but it might be the only option.

I have a feeling the Hawks might try all of these for a period over five games with Dach, without ever settling on one. What we can be sure is that the Icehogs have a double-date with the Wolves this weekend, and you can be sure almost all the brass will be in attendance for both to see where Dach is (wouldn’t hurt for Boqvist to light it up either).

The Hawks have a mismatched roster at forward at the moment, and Dach’s presence might not clear it up. It would take some imagination, but it feels like the answer is there. 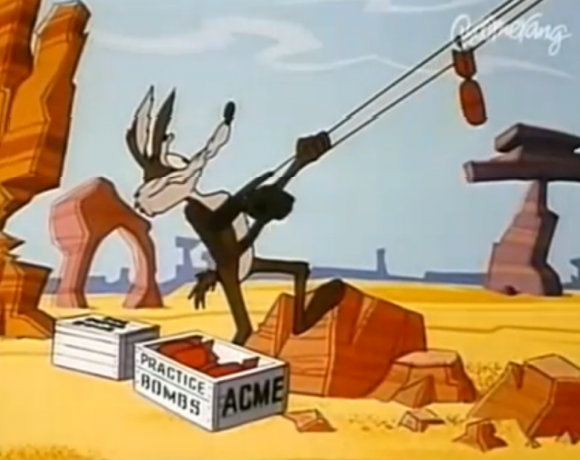