You Share The Same Fate As The People You Hate – ’18-’19 Team Previews: Ottawa Senators

It seems fitting that the Ottawa Senators’ preview would come on the NFL’s opening Sunday, where no one is likely to read this in favor of tabulating fantasy points. Because if anyone even in their own sport were paying attention, or if anyone other than the usual cast of weirdos in the mainstream media gave a fuck about the NHL, how truly terrible this organization has become top to bottom is downright astounding. And it’s going to get a whole fuckload worse before it gets better. Their assistant GM Randy Lee has been fired in the wake of sexual assault charges in Buffalo against a male teenaged hotel employee, their owner Eugene Melnyk is overtly trying to spend as little money as possible in a tank effort, but they can’t even do THAT right as their first round pick in the upcoming draft is going to go to Colorado as part of the Matt Duchene deal, and GM Pierre Dorion had the option at the draft to have it be this year’s instead. Oh, and not to mention that their all universe defenseman is in a walk year, and they had to get pennies on the dollar as the return for Mike Hoffman after his and Erik Karlsson‘s significant others were involved in off ice drama. Not to mention that if they were trying to get to the cap floor, they were absolute fools for not taking on Marian Hoassa’s dead $5+ mildo cap hit against $200K out of pocket, as his $1 million dollar now-illegal salary was 80% insured. It’s an absolute goat fuck on top of a (Canadian) Tire fire.

Forwards: The aforementioned Duchene is still here in the last year of his deal, as is the productive Mark Stone, and both could bring back a pretty serious yield at some point in the year if Dorion weren’t a complete fucking idiot. Bobby Ryan, aka Bobby Stephenson, son of an attempted murder, has got this year and 3 more left on his ridiculous contract at $7.25 per having failed to even crack 15 goals either of the last two seasons. Keith Tkachuk‘s other Garbage Son Brady was drafted way higher than he needed to be because Brady’s agent is Craig Oster, who is both Brady’s uncle (Keith’s brother in law), and Erik Karlsson’s agent, and will forego the rest of his time at BU to try to make the big club. Past that, the corpses of Marian Gaborik and Mikkel Boedkker are here now, which no one remembers, and Zach Smith (no, the other one) and something called J-G Pageau will still play meaningful minutes in Guy Boucher’s affront to the lord of a trapping system.

Defense: Look, Erik Karlsson is the best defenseman in the world, and will probably command $12-ish million a year, and this team is going nowhere fast. It is literally unfathomable that he has not been traded yet on the eve of training camps opening where his value can be maximized, as every game he wastes for the Senators is one he could be playing for a team that matters in the slightest. And once he’s gone, be it tomorrow, next month, the deadline, or in free agency, the group apart from him is truly dire. Cody Ceci, Chris Wideman, and Mark Borowiecki make up the rest of the top 4 here. Yeah, exactly.

Goaltending: Craig “Brett Saberhagen” Anderson has seemingly vacillated between completely solid and truly putrid seasons since he became a regular starter, and last year’s .898 overall and .902 at evens would suggest he’s due for at least a return to competence, but now at 37 that’s nowhere near a sure thing. If he’s at all solid, he could fetch a decent return even with another year left on his deal, but again, don’t count on Pierre Dorion to properly assess that. Mike Condon is slated to back him up in wholly unspectacular fashion.

Outlook: So grim it is utterly pointless, as this team can’t even tank in the hopes of landing Jack Hughes or whoever else is the consensus top pick by the time the draft comes. There is less than zero reason for this team to even exist right now, as they don’t have, and have never anywhere close to a zealous fanbase. A team that should include its team charter and be contracted when Erik Karlsson gets traded. And having lived through the dark ages here, it is not at all hyperbole to state that this team should be contracted. Its continued existence is a fate worse than death. 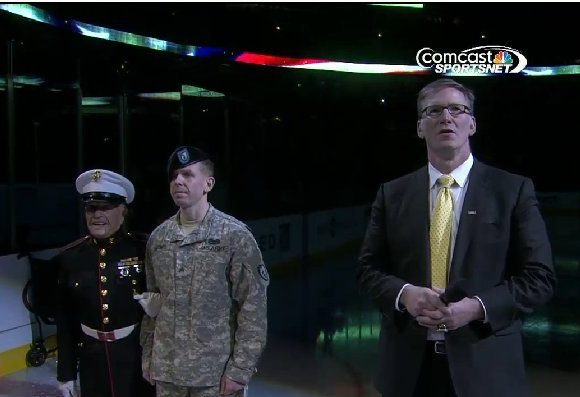